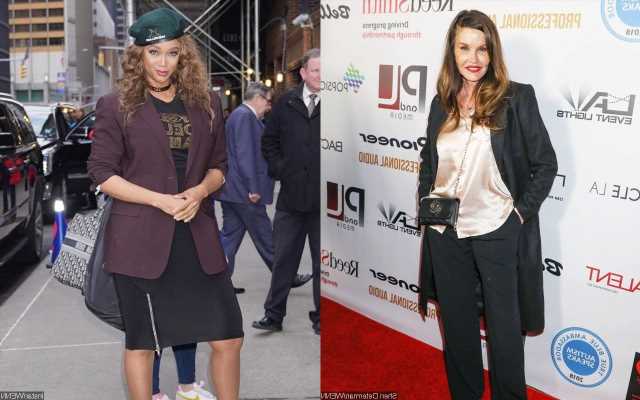 In an appearance on the ‘Behind The Velvet Rope with David Yontef’ podcast, the former ‘ANTM’ judge spills on the real reason why she and the show’s creator never really got along.

AceShowbiz -Supermodels Janice Dickinson and Tyra Banks fell out while making “America’s Next Top Model” because the veteran refused to treat the younger star like a producer.

In an appearance on the “Behind The Velvet Rope with David Yontef” podcast, Janice revealed she and Tyra never really got along, even though they teamed up on the first six seasons of the show.

“Sitting next to Tyra for hours and hours can be daunting because she didn’t really like me and we didn’t really get along,” she said. “And she never did Vogue [magazine]. I did Vogue. She did Elle and I used to constantly remind her of that. You know, I didn’t really treat her like a producer. She kept saying, ‘But I’m the producer of the show…’ I was like, ‘Oh yeah, right, whatever!’ “

And Janice revealed Tyra was allegedly tight with crew Christmas gifts, handing out McDonald’s burgers. In a further swipe at her former TV sidekick, Janice said, “I did a stint on RuPaul [RuPaul’s Drag Race]. That was fabulous. They treated us with respect, not giving us hamburgers or McDonald’s Whoppers for Christmas presents, like Tyra would dole out to the crew.”

But Janice doesn’t regret her time on “Next Top Model”, explaining she got to fly all over the world. “It was wonderful in the aspects where they flew us to marvellous places all over the world – South Africa, Tokyo, Italy, France,” she said.