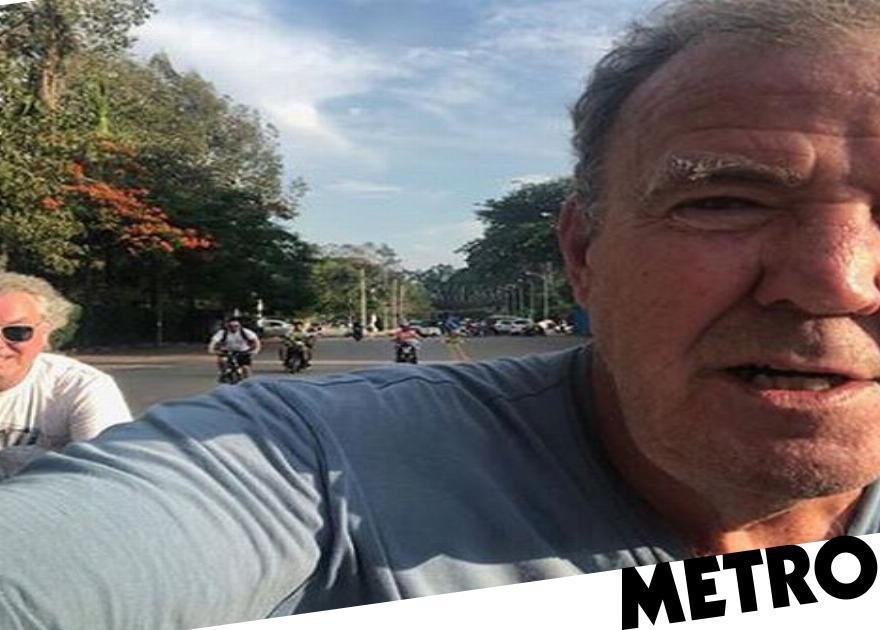 Jeremy Clarkson has revealed The Grand Tour team came close to death as they filmed season 4 in Vietnam and Cambodia after being struck by a catastrophic monsoon.

Alongside his co-stars James May and Richard Hammond, Clarkson was rowing a boat in one of the deadliest seas on the planet when extreme weather caused them to abandon filming.

The 59-year-old explained four people had been killed just ‘inches away’ from where they were recording just days before.

‘It’s about the only time health and safety has made the correct decision,’ the only man who can get away with punching a colleague over a steak explained in his column for The Sun.

‘I, of course, was fine, but May had to abandon ship as crew boats were filling with water.’

Last week the JC admitted the weather meant the team had to scrap plans which had already cost them ‘hundreds of thousands’ of pounds, but ultimately gave them footage money couldn’t buy.

‘Not a mile away from where we were, some people were killed,’ he said during his Drive Tribe channel. ‘As a result of the conditions, we simply couldn’t complete [the ending].

‘But, because of the conditions, we have one hell of an ending. Yeah, it will be an astonishing show.’

As well as filming the next chapter of The Grand Tour, which will move away from the programme’s traditional format of presenting in a remote studio with a live audience, Clarkson, Hammond, and May will be embarking on a series of road trips.

And they’re all filming their solo series, with May’s Our Man in Japan expected to land first on Amazon Prime.

The Grand Tour season 4 will air on Amazon Prime in 2020.