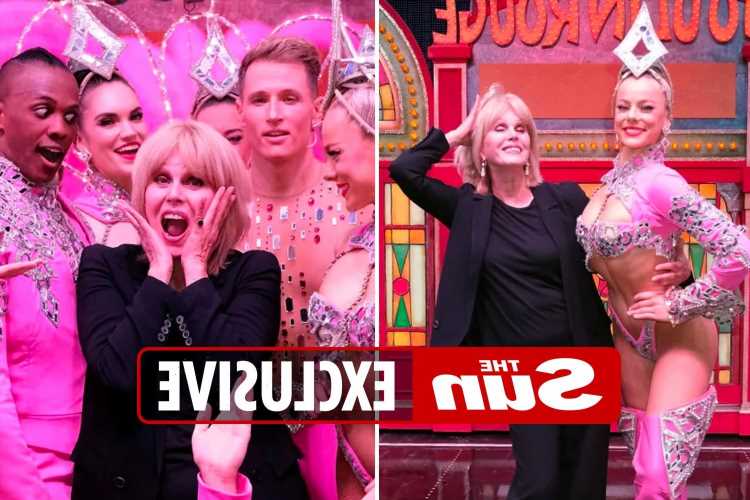 THERE aren’t many OAPs itching to leave their home comforts behind and travel the world.

But Joanna Lumley is no ordinary 75-year-old as she showed when she popped up at the Moulin Rouge in Paris recently to meet the famed can-can dancers. 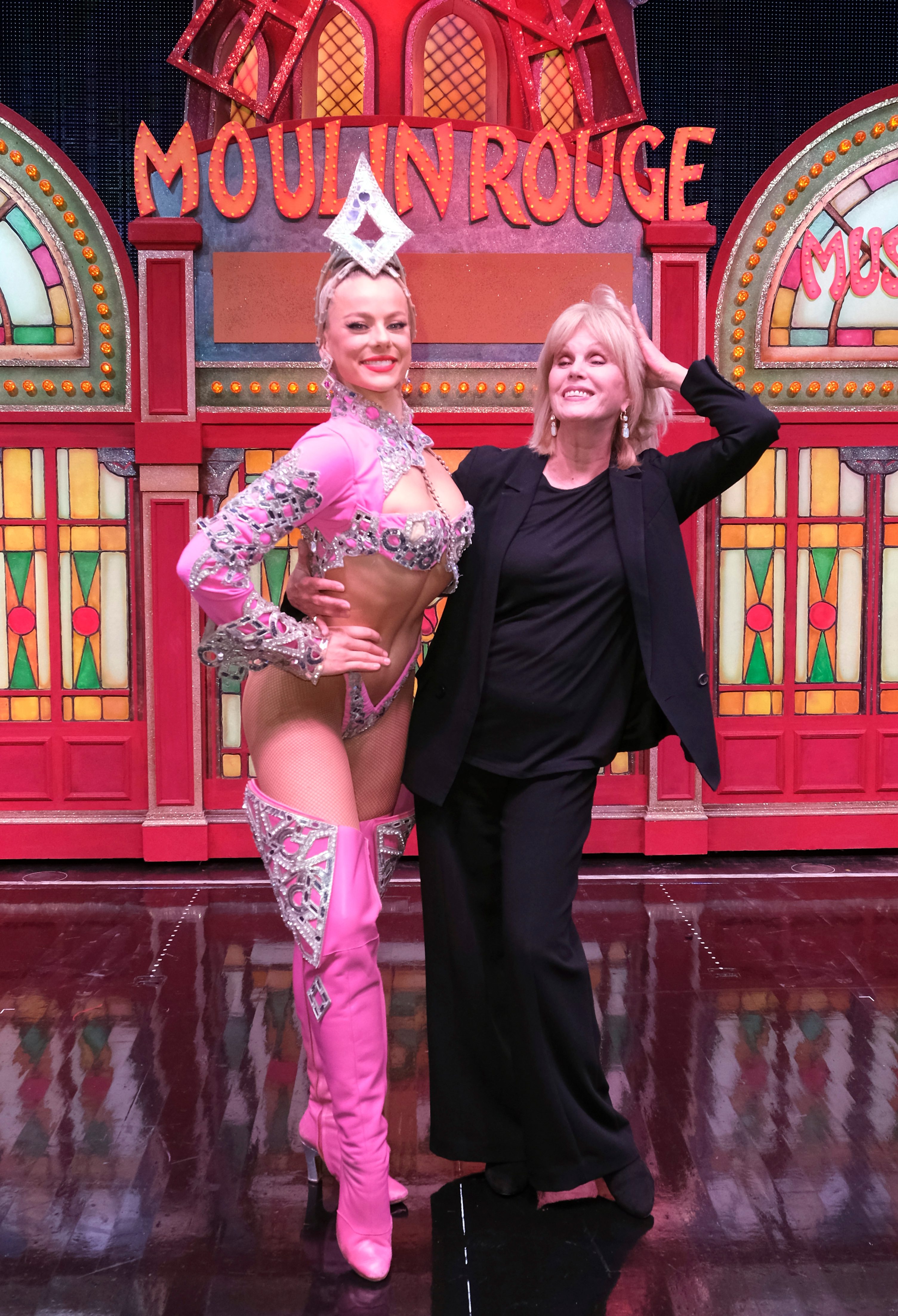 And The Absolutely Fabulous legend will be going even further afield now she has bagged an ITV travel series.

The show Secret Cities will see her exploring gems around the globe.

And if this snap is anything to go by, Joanna’s third outing will not disappoint. She wore a sharp suit worthy of her Ab Fab character Patsy Stone to pose alongside the showgirls at the Moulin Rouge last week.

An insider said: “Joanna is showing no sign of stopping following the pandemic and she is more determined than ever to get out there globe-trotting for her fans.

“ITV bosses know her programmes are a hit with viewers and wanted to hand her a show for the post- pandemic world as people start travelling again.

“Joanna will be inspiring people who want to get back out there and experience a change of scene as the world slowly opens up again.”

Secret Cities is expected to hit screens early next year. 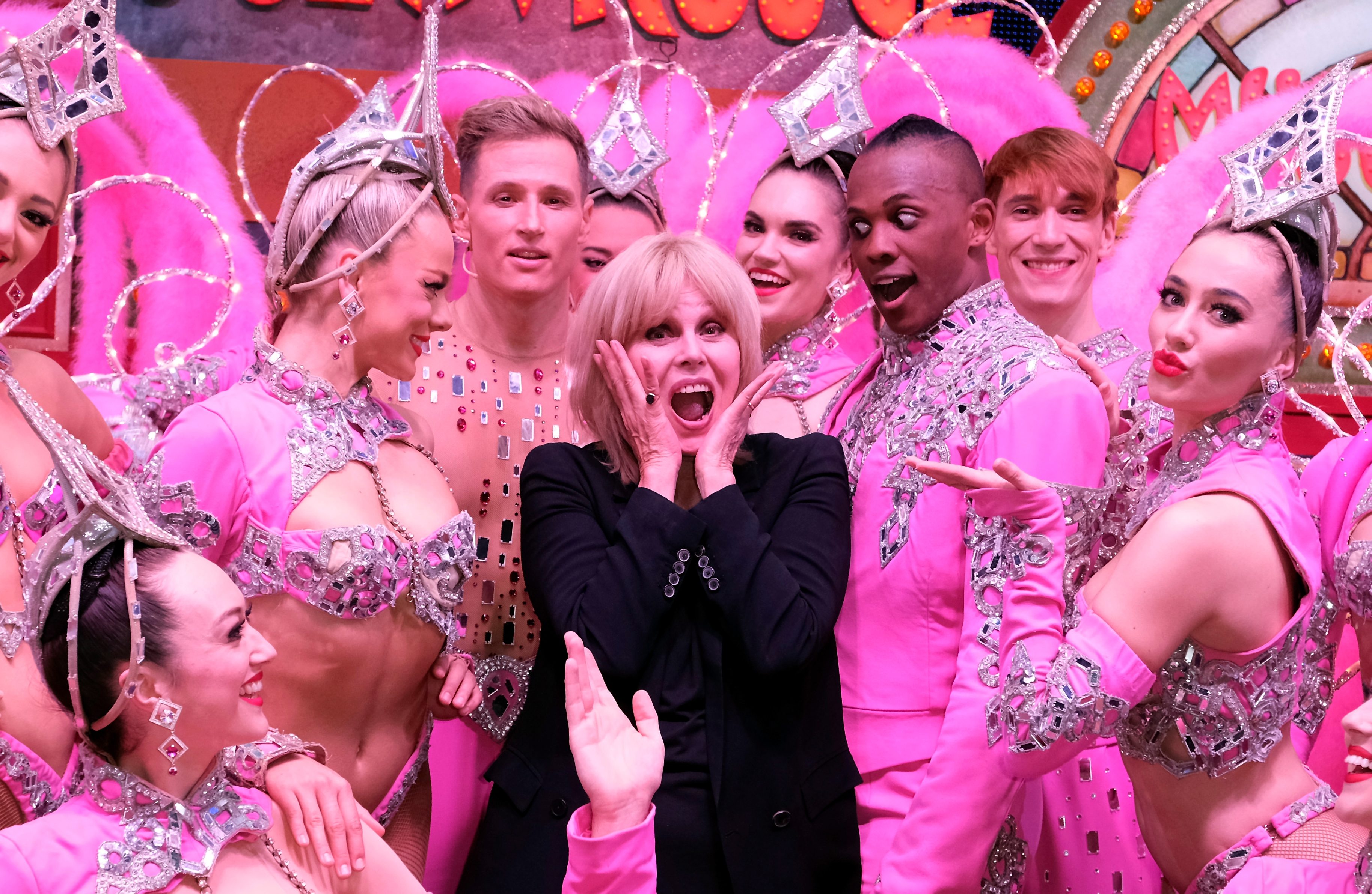 Castle a bit bleak for Alan

NOW this could have been a real culture clash.

Chatty Man Alan Carr tried to buy a castle to escape London life – but pulled out when he realised it used to be Charles Dickens' holiday home, Bleak House. 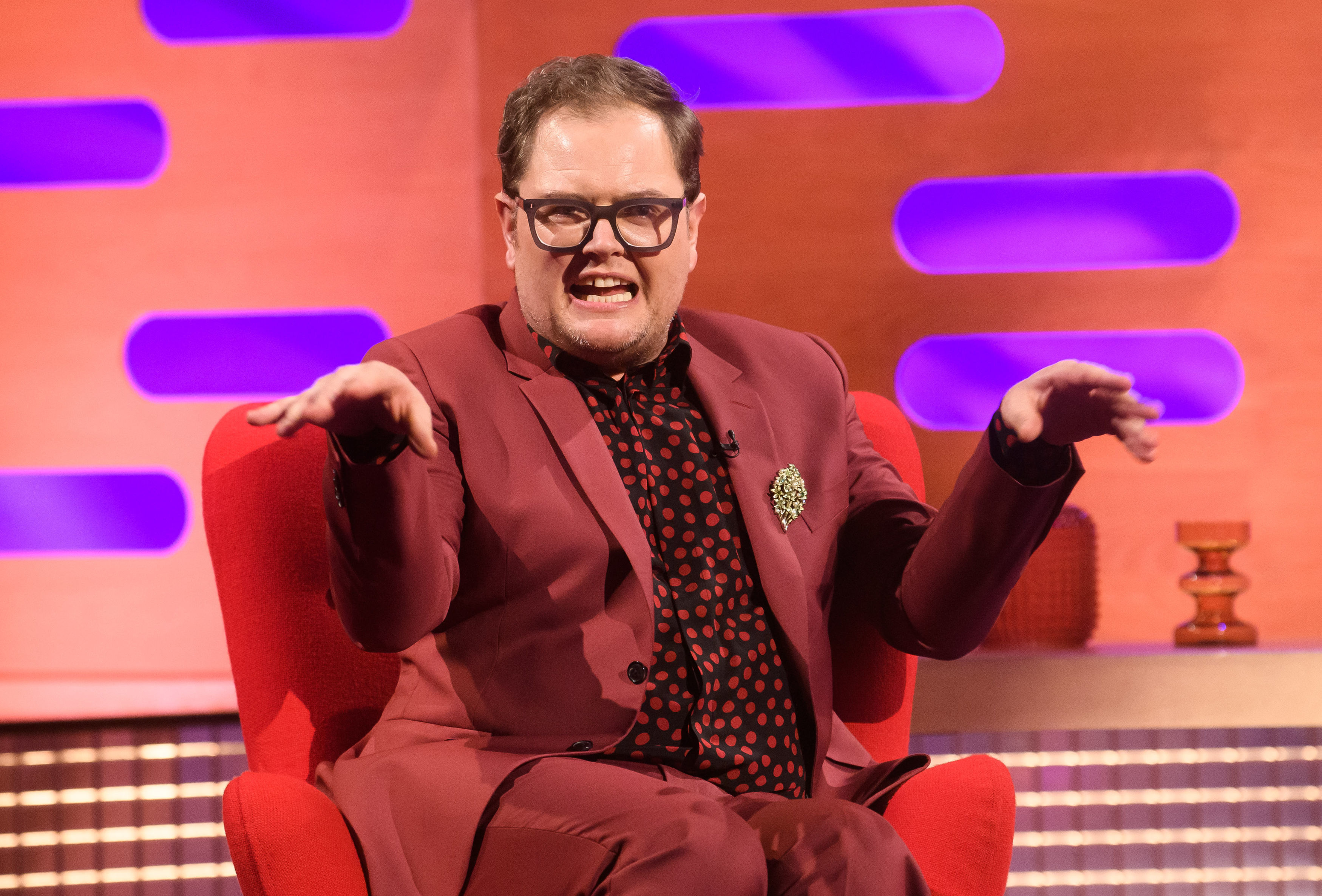 The comic did a U-turn after a pal suggested he would have fans of the legendary author banging at the door asking for a tour.

Alan had his eyes on the home, overlooking Viking Bay in Broadstairs, Kent, where Dickens wrote most of his book David Copperfield.

The property was originally named Fort House, but it was changed to Bleak House as a tribute to the writer after his death in 1870.

“Someone put me off and said ‘If you want to get away from it all then you don’t buy a castle on the top of a hill where you have people knocking on the door saying ‘Did Charles Dickens live here?’”

THESE are the hair-raising scenes as Emmerdale’s David Metcalfe clings to a broken bridge, 60ft above menacing waters below.

Last night, viewers saw Manpreet and Charles plunge down into the rapids. And tonight all three friends will have to fight for their lives. 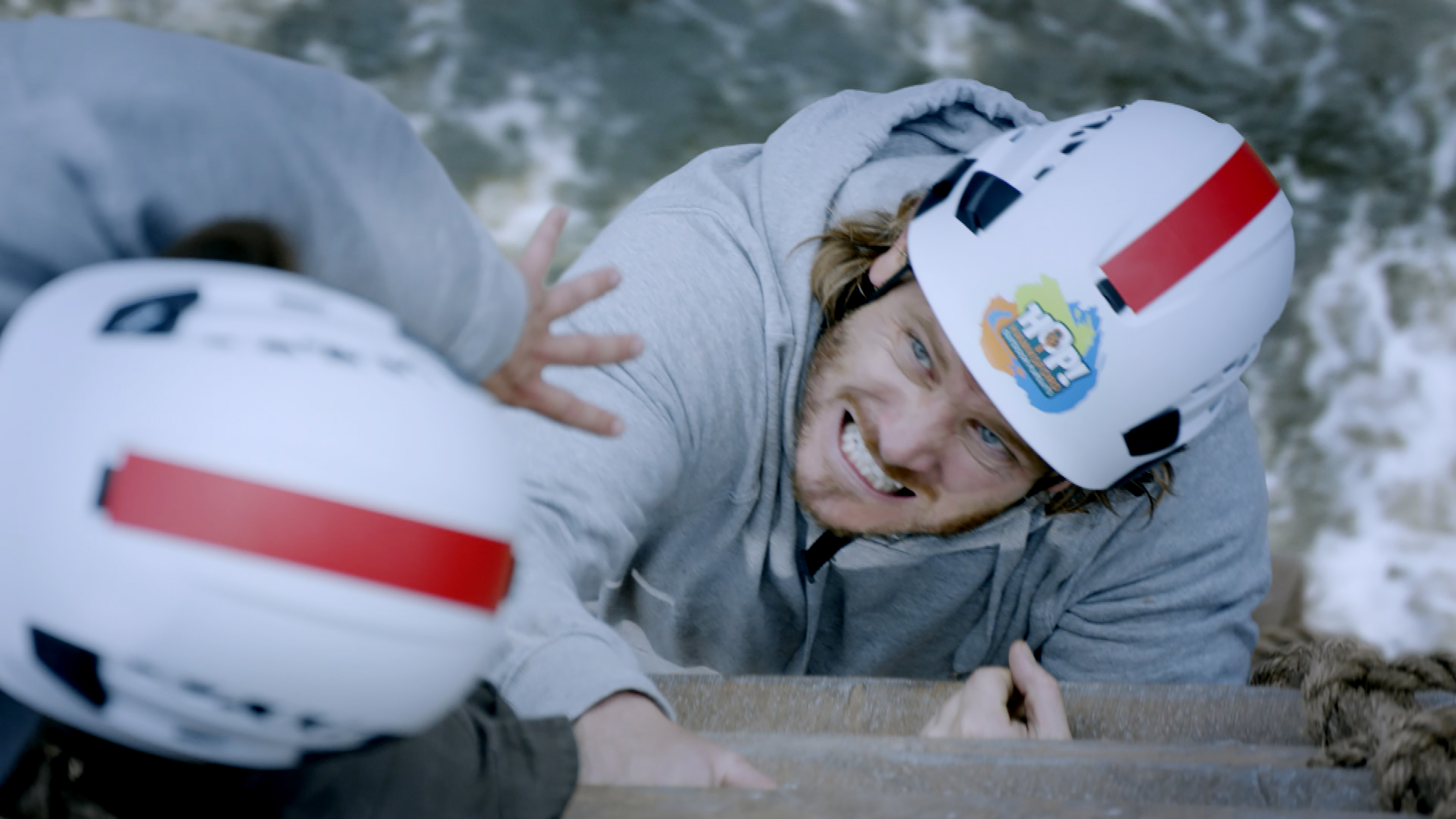 It was tough to film for Matthew Wolfenden, who plays David, as he’s terrified of heights.

He said: “We were on wires so there was no way we could fall but when you’re 60ft above the water, clinging on to a broken bridge, it’s absolutely terrifying.”

AS he’s a former rugby ace, you would think James Haskell  had a fairly safe pair of hands.

But ex-teammate Ollie Phillips has exposed Chloe Madeley's husband for once failing to make a catch in spectacular fashion. 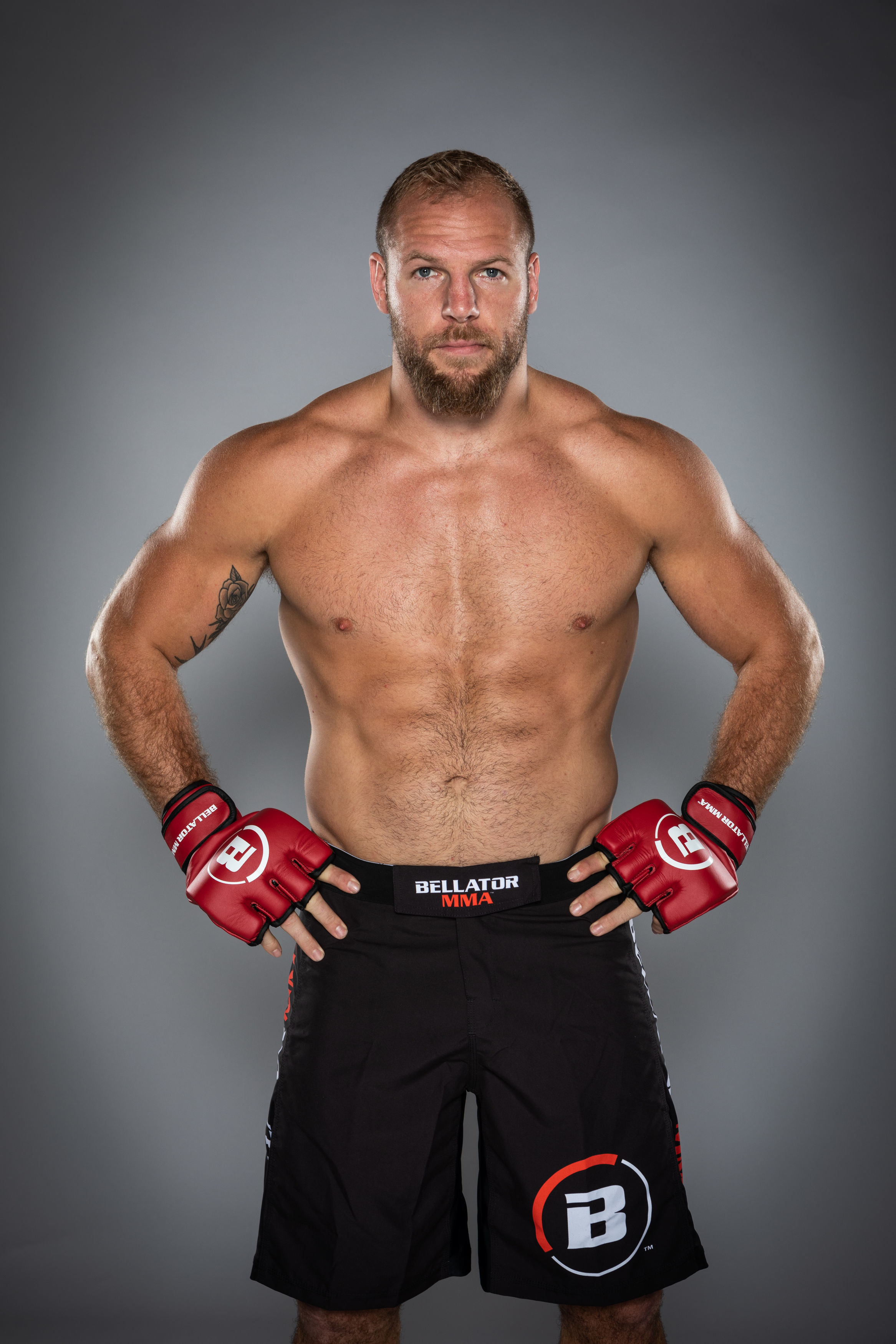 He told how I’m A Celebrity star Haskell once threw a Moulin Rouge dancer, like the young lady pictured right, high in the air at the Parisian club.

Then he totally messed up, leaving the performer to crash to the ground.

Ollie, who played with James for Stade Francais, told The Rig Biz podcast: “He doesn’t even half catch her, he misses her totally, and she thuds, both hands, on her knees – the place stops dead.”

IAIN STIRLING has taken us back to the early 2000s after filming an MTV Cribs special.

Rather than showing off the London pad which he shares with Laura Whitmore, Iain took fans round his dream house – a booze-filled home in the Glenlivet distillery in the Highlands.