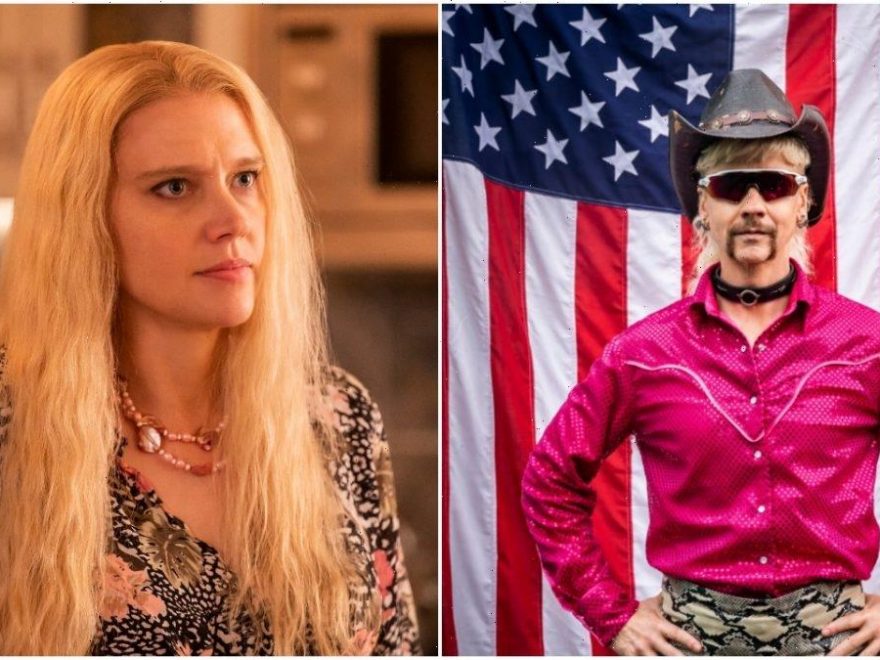 Carole Baskin is coming for Joe Exotic. The founder of Florida’s Big Cat Rescue and the Tiger King subject square off in a just-released teaser for Peacock’s upcoming scripted series Joe vs. Carole.

In Joe vs. Carole, SNL alum Kate McKinnon steps into the role of Baskin, while John Cameron Mitchell (Hedwig and the Angry Inch, The Good Fight) plays Exotic.

“We knew it would take two extraordinary actors to portray these larger-than-life people as the complex, three-dimensional individuals that they are,” Frankel said. “John Cameron Mitchell is one of the most gifted and thoughtful actors I’ve ever worked with. He cares so deeply about the work, and his performance is breathtaking. And Kate McKinnon is simply remarkable. She is able to make us double over with laughter one moment and then break our hearts the next.”

Joe vs. Carole arrives a few months after Netflix returned to the Tiger King well with Tiger King 2.

The five-episode follow-up series dropped in November 2021. It explored America’s Tiger King obsession during the early days of the COVID-19 pandemic and revisited allegations that Baskin played a role in the 1997 disappearance of her former husband Don Lewis. (Baskin has strenuously denied those accusations.) It also featured prison interviews with Exotic, who is currently behind bars for his role in a plot to murder Baskin. Another series, Tiger King: The Doc Antle Story, took a closer look at allegations of sex abuse and violence against Antle, the owner of another big cat zoo profiled in Tiger King. Both series were mostly panned by critics.  ​​