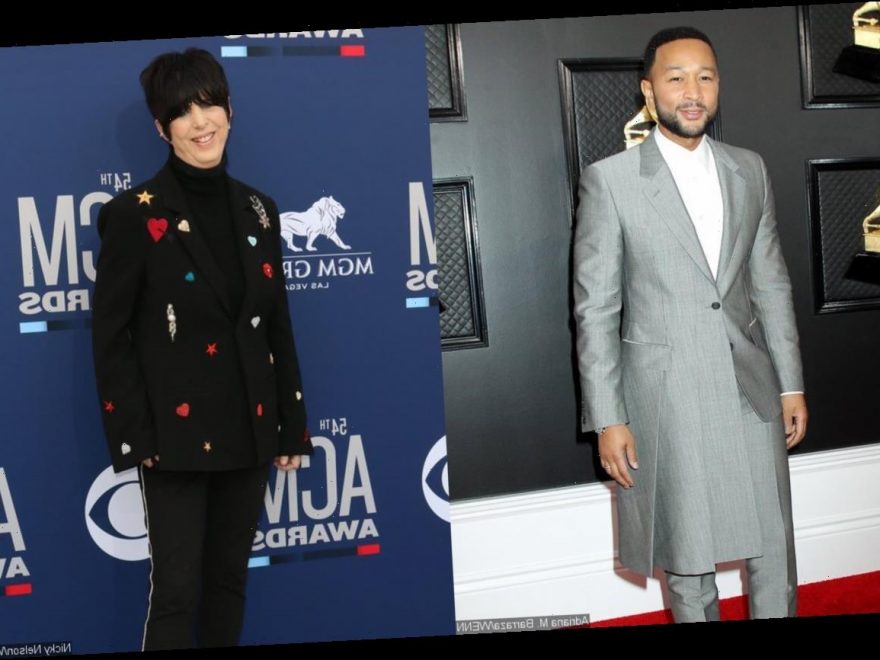 The final list of nominations for the 93rd Academy Awards will be unveiled on March 15, while its ceremony is set to take place at the Dolby Theatre in Los Angeles, California on April 25

AceShowbiz –John Legend and Diane Warren have doubled up on their chances of scoring Oscar nominations for Best Original Song after each landing two tracks on the 2021 shortlist.

Officials at the Academy of Motion Picture Arts & Sciences released the latest contenders for nine categories on Tuesday (February 09), with Warren’s “lo Si (Seen)” from “The Life Ahead” and “Free” from “The One and Only Ivan” both making the Best Original Song cut – giving the prolific songwriter hope of finally claiming gold after previously snagging 11 nominations.

“Never Break” from “Giving Voice” and “Make It Work” from “Jingle Jangle: A Christmas Journey” earn recognition for Legend, who was previously honoured with an Oscar for “Selma” track “Glory”.

Meanwhile, Leslie Odom Jr.‘s “Speak Now” from “One Night in Miami…“, Mary J. Blige‘s “See What You’ve Done” from “Belly of the Beast“, and “Judas and the Black Messiah” tune “Fight for You” by H.E.R., Dernst Emile II and Tiara Thomas are also in the running, as are Sacha Baron Cohen‘s “Wuhan Flu” from “Borat Subsequent Moviefilm” and “Husavik” from “Eurovision Song Contest: The Story of Fire Saga“, penned by Savan Kotecha, Rickard Goransson and Fat Max Gsus, Emile Mosseri‘s “Rain Song” from “Minari“, Robert Glasper‘s “Show Me Your Soul” from “Mr. Soul!“, “Turntables” by Janelle Monae from “All In: The Fight for Democracy“, Daniel Pemberton and Celeste‘s “Hear My Voice” from “The Trial of the Chicago 7“, “Green” by Abraham Marder for “Sound of Metal“, and “Mulan” soundtrack “Loyal Brave True” by Jamie Hartman, Harry Gregson-Williams, Rosi Golan and Billy Crabtree complete the 15-strong list.

Meanwhile, Trent Reznor and Atticus Ross are inching closer to Oscar nods this year after their work on “Mank” and “Soul“, with Jon Batiste, were added to the Best Original Score shortlist.

Also vying to make the final nominations announcement are Emile Mosseri for “Minari”, Ludwig Goransson for “Tenet“, Daniel Pemberton for “The Trial of the Chicago 7”, and Alexandre Desplat for “The Midnight Sky“, with soundtracks for “Da 5 Bloods“, “The Invisible Man“, “Ammonite“, “Blizzard of Souls“, “Jingle Jangle: A Christmas Journey”, “The Little Things“, “Mulan”, “News of the World” and “The Life Ahead (La Vita Davanti a Se)” making up the rest of the contenders.

Members of the Academy will now vote on the entries which will land on the final nominations list, which will be unveiled on March 15, ahead of the ceremony on April 25.