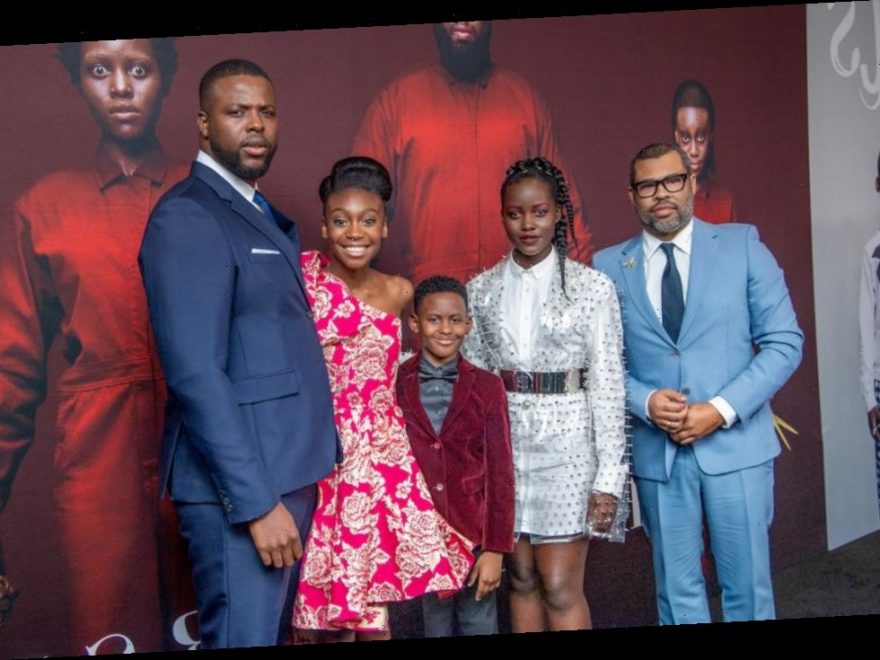 Horror gurus Jordan Peele and Eli Roth sat down to talk about the meaning behind Peele’s movie, Us. During their chat, the filmmakers broke down the implications of having Black characters who serve as protagonists in scary movies.

[Spoiler warning: The following article contains plot details about ‘Us.’]

In ‘Us,’ the Wilsons ain’t having it

In Us, the Wilson family heads to their vacation home to enjoy a quiet beach getaway. Upon their arrival, they are the only Black family in sight, visiting a town that appears to lack diversity. This detail added by prolific director, Peele, feels very deliberate, especially considering his take on Black protagonists (more on that later).

Horror quickly ensues when a clan of murderous doppelgangers known as The Tethered targets the Wilsons. The ruthless antagonists have been living in an underground society populated with doubles whose existences are tied to their aboveground counterparts, hence the term, The Tethered. The entire Tethered population aims to hunt down and kill their oblivious aboveground doubles.

Eli Roth’s History of Horror is a docu-style television program that explores the horror genre of film. In Season 2 Episode 6, “Nine Nightmares,” Eli Roth and a roster of handpicked film experts delved into films that “push the boundaries” of horror and “tell us dark truths about society and ourselves.” Us is the first film the episode explored.

In the episode, Roth pointed out that the Wilsons are remarkably capable protagonists and for a good reason. “The family at the center of the film are better equipped to handle The Tethered than most horror film protagonists,” Roth observed, “partly because as Black people in America, they are always on guard.”

Peele weighed in on the subject, saying, “Having a Black protagonist in a horror movie as a writer is a trap because you can’t have them do the stupid response.” The filmmaker elaborated further remarking, “It’s partly a satirical comment but partly very grounded in real life. This country is a horror show for Black people. We’re in a horror movie.”

Jordan Peele says ‘Us’ is about a ‘systemic monster’

In Us, the existence of the opposing societies of people living above and belowground represent the juxtaposition of privileged and marginalized communities in the real world.

Film scholar Tananarive Due joined the conversation and weighed in on the symbolism in Us. She explained to Roth, “It really does appear to be — on a fairly straightforward level — a story about the haves and the have-nots.”

Due went on to note, “You know we’re all a part of the system. There’s a story behind everything we enjoy. There’s a factory. There’s a line. There’s somebody working overtime to try to make us happy if we can afford it. Our little pleasures are coming at the cost of invisible people that we don’t really want to acknowledge or see because it’s inconvenient.”

“Sort of existing with a privilege, and a privilege that many of us enjoy is a violent act,” Peele concluded, “and that’s the central theme of Us is this idea that when we look at the mirror, both individually and collectively, we might realize it’s not as simple as ‘I’m the good guy.’”