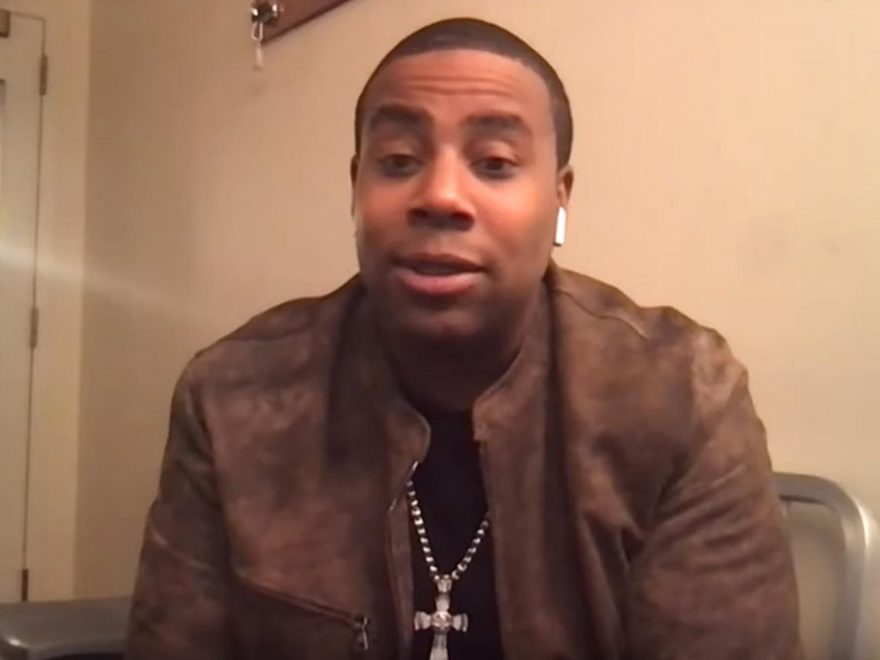 The Home Alone reboot is slowly — but surely — coming along.

While appearing virtually on Watch What Happens Live Monday, Kenan Thompson opened up about the forthcoming film remake and its current status. Deadline previously reported Thompson, 42, as one of the movie's stars.

When asked by host Andy Cohen if he could spill any details about the movie, the Saturday Night Live actor revealed, "It was a long shoot. It started in Canada and then got shut down and came back around because of the pandemic and stuff, so it's been very splotchy, I guess, as far as trying to get it done is concerned."

"But, I think they're getting very close to finishing it," Thompson continued, noting that he has already completed the process of re-recording some of the film's audio. "That's usually one of the last steps, so it's coming up."

Thompson also added that his costar, Ellie Kemper, "couldn't be nicer," but remained mum on any other details of the film. The Disney+ reimagining of Home Alone was first announced in 2019, with sources telling The Hollywood Reporter at the time that the film centers on Kemper, 40, and Rob Delaney going to war with a kid who has stolen a priceless heirloom in order to save their home from financial ruin.

Archie Yates (Jojo Rabbit) has been cast in the lead role, while Ally Maki and Chris Parnell also joining in supporting parts. The movie is written by SNL writers Mikey Day and Streeter Seidell, with Dan Mazer serving as director.

The original 1990 Home Alone featured Macaulay Culkin as Kevin McCallister, a mischievous kid who is left to himself when his large family goes on vacation and accidentally leaves him home alone.

Catherine O'Hara played Kevin's mom, while Joe Pesci and Daniel Stern played the burglars who face off against Kevin.

Late last year, Chris Columbus — who directed the original Home Alone and it's sequel — revealed in an interview that he isn't on board with the new adaptation.

The famed director has also been behind the camera for some of Hollywood's iconic children's films, including the first two Harry Potter films, The Goonies and Mrs. Doubtfire.

"Nobody got in touch with me about it, and it's a waste of time as far as I'm concerned," he previously told Insider. "What's the point? I'm a firm believer that you don't remake films that have had the longevity of Home Alone."

He continued, "You're not going to create lightning in a bottle again. It's just not going to happen. So why do it? It's like doing a paint-by-numbers version of a Disney animated film — a live-action version of that. What's the point? It's been done. Do your own thing. Even if you fail miserably, at least you have come up with something original."

Disney did not immediately respond to PEOPLE's request for comment at the time.