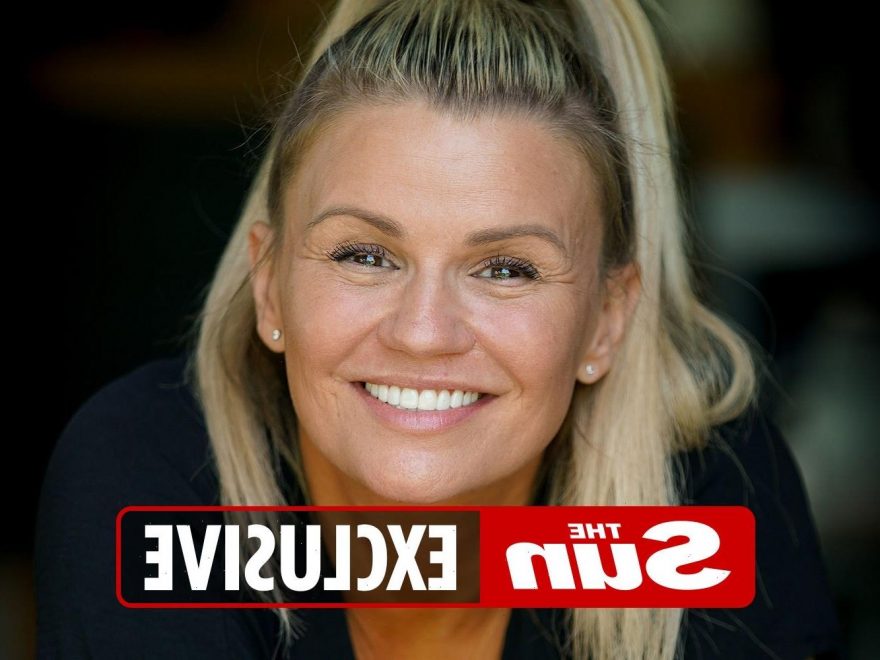 I can exclusively reveal that former Atomic Kitten singer Kerry Katona is the first star to sign up for the series. 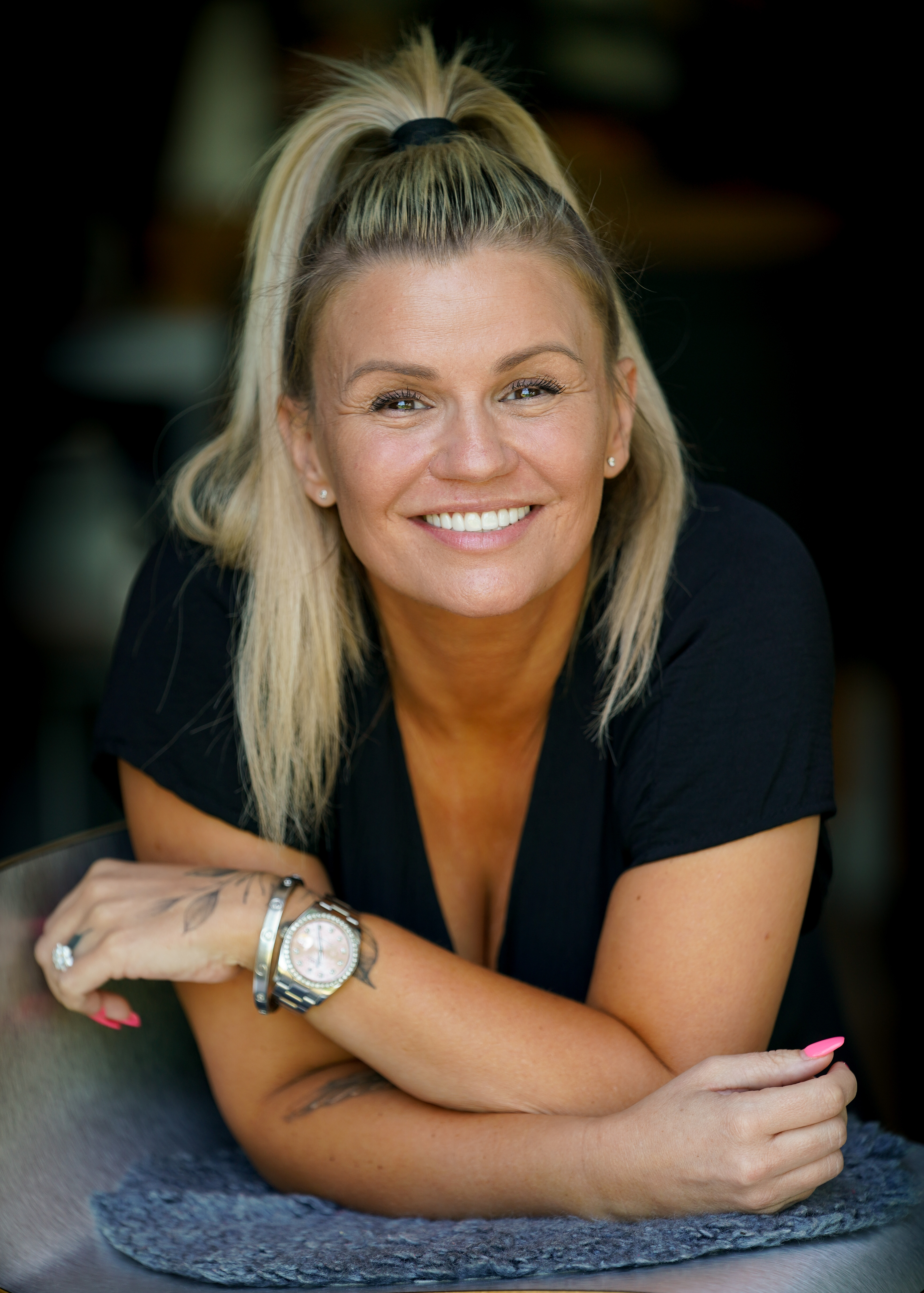 Along with other well-known faces, she will spend a week wearing the contents of her household bins in a bid to help her become more mindful about waste.

Surely a refresher on the recycling section of her local council’s website would be far easier?

A telly source said: “Kerry has signed up to be one of the stars of Trash Monsters. It sounds like a really out-there concept but ultimately it’s going to encourage people to think twice about how much they waste.

“As a mum of five, with four at home, Kerry knows all too well how much big families can get through in terms of food and household items.

“She’s pretty good normally but thinks this show will help her kids understand more about waste and why it is important to try and be better.

Having to wear the contents of her bin and re-cycling is one of the strangest things she has ever done, but Kerry thinks that could be hilarious.

The celebrities will have to go out in public in their special trash outfits too and Kerry is more than up for it.

“She is so bubbly and outgoing, the show’s bosses have no doubt that she’ll be grabbing the public’s attention regardless of her specially made suit.”

Filming is due to start later this summer, with an screening date expected for the autumn.

Production bosses are now finalising the contracts of the other stars willing to cover themselves in rubbish for the sake of TV.

I’m looking forward to finding out just who is brave enough to open up their bins to the world on national television. But I’m keeping the lid firmly shut on mine.

Leslie: I'd do badly reunion

She has just resumed her role of Vanessa Lytton in Casualty on BBC1 this week and is also in the film To Be Someone, a spin-off from Seventies movie Quadrophenia. 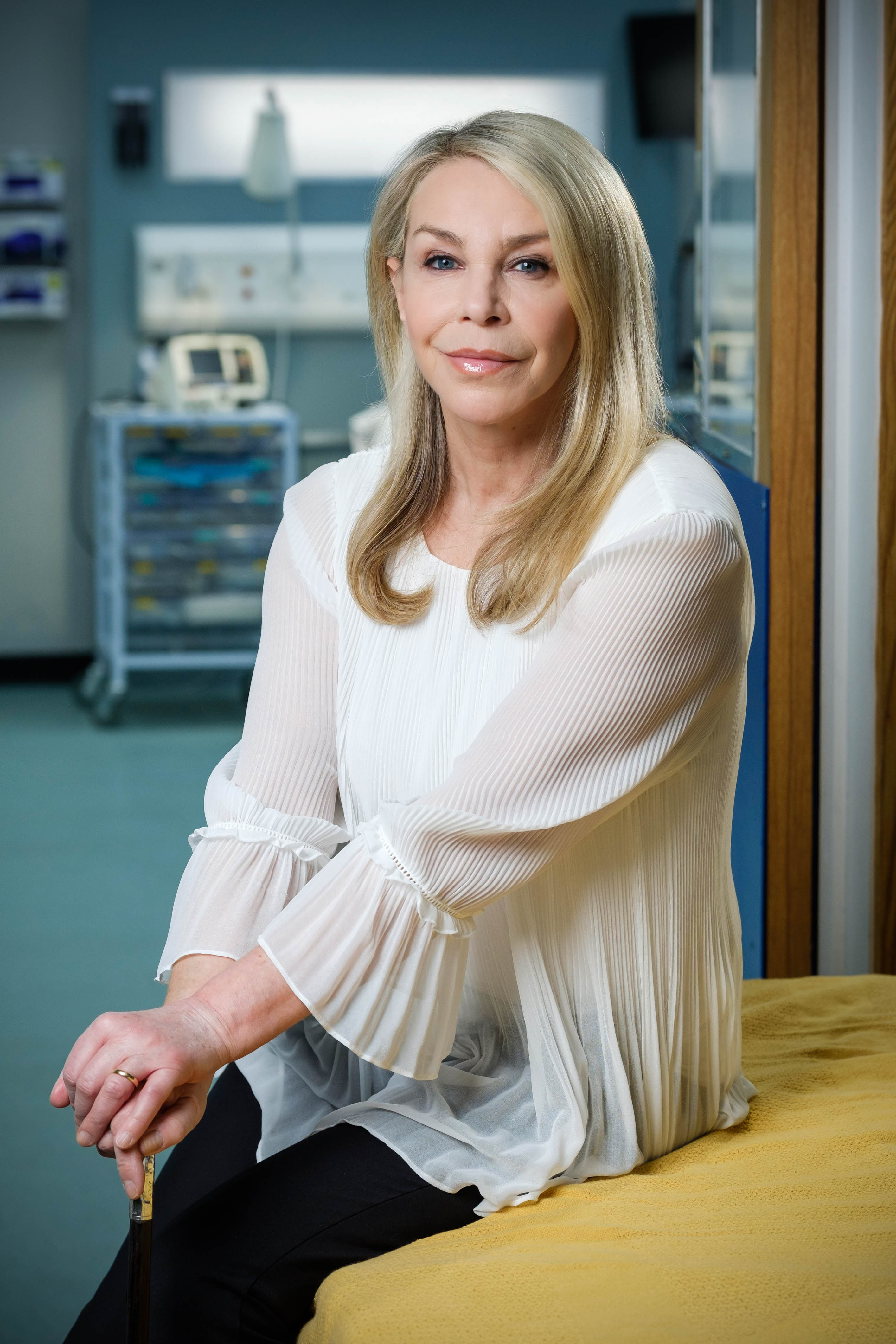 Leslie is hoping the same hunger for nostalgia might see her reunited with old cast mates Martin Clunes, Caroline Quentin and Neil Morrissey from the BBC1 comedy.

She said: “I can see something like they did with the Friends reunion being really popular. People would love to see that sort of round-table reunion.

“I often wonder what might have happened to my character Deborah. I think she probably would have stayed with Neil – or should I say his character name Tony – and I can see them having a long marriage and kids.”

CASUALTY is bringing two of its stars back from the dead. 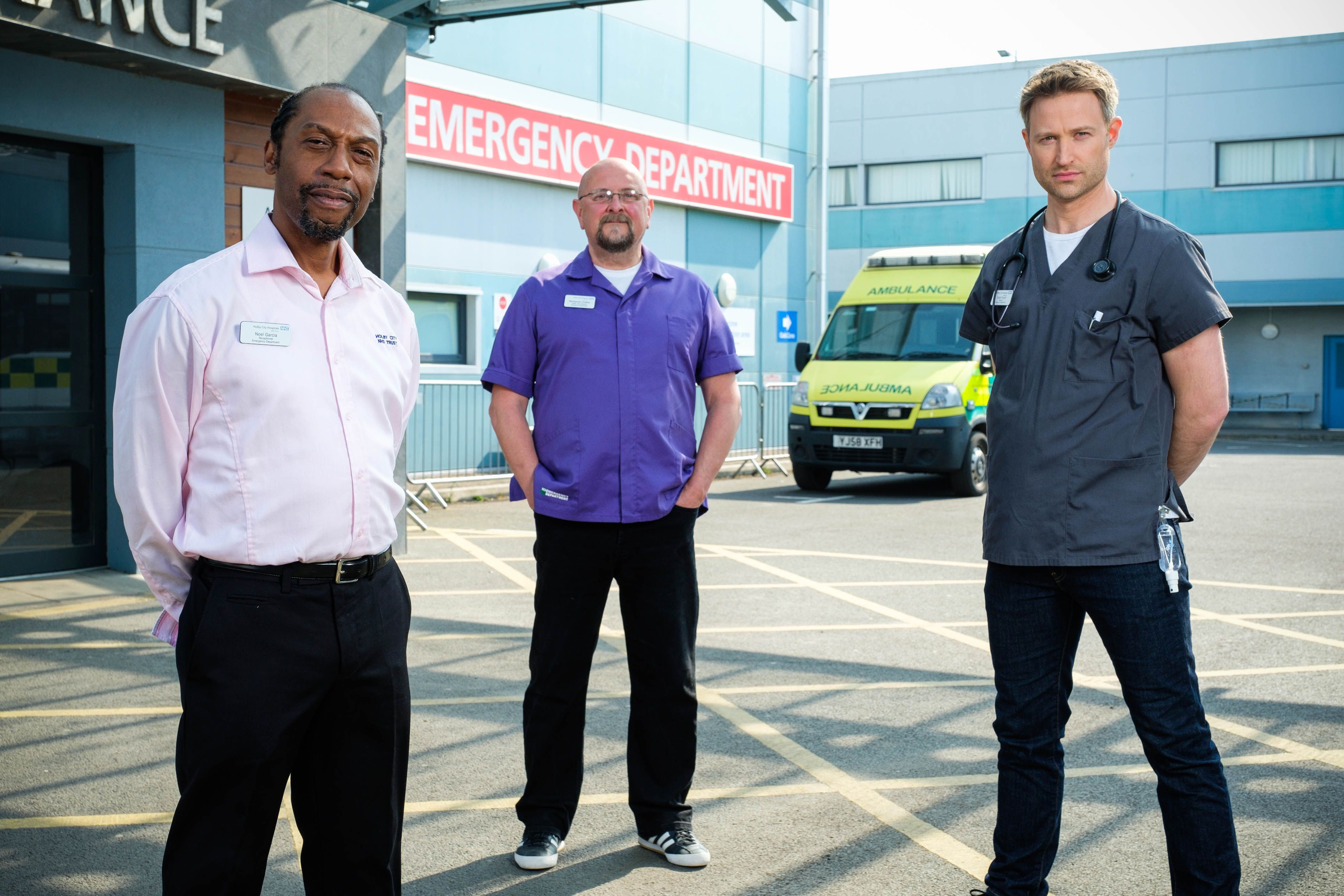 Kick-starting the new series, it will also see healthcare assistant Big Mac, played by Charles Dale , back on screen. He left Holby City hospital in 2016 when he admitted stealing medicine.

A source said: “The episode goes back in time to a day that, unbeknown to some of its staff, sets in motion a chain of events which changes the course of their future.”

Tony added: “The audience are going to love the episode.”

I’m sure, but it’s going to be a bit confusing for viewers tuning in without realising the background to the special.

Ruby and her gems are back

COMEDY queen Ruby Wax has trawled through TV archives for a BBC2 show looking at her chats with A-listers including Carrie Fisher, Sharon Stone, Tom Hanks and Madonna.

She also interviewed Donald Trump when the White House was but a twinkle in his eye and he was in the early days of dating Melania , now his third wife. 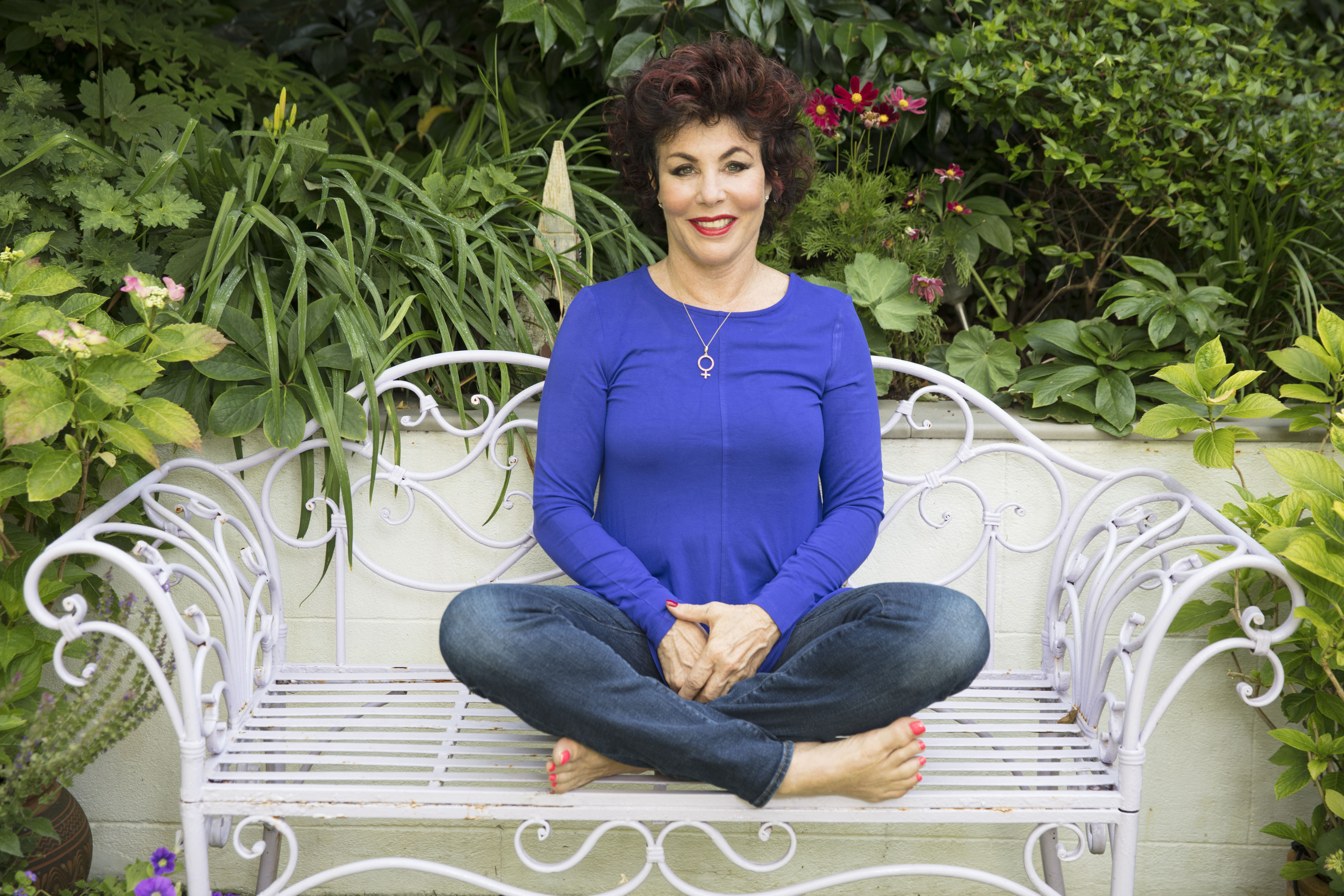 In the three-part series, When Ruby Met . . . , the US comic – who earned a degree in cognitive therapy in 2013 after taking a break from TV – will recount some of her most infamous encounters.

Ruby, who also helped Jennifer Saunders to create Absolutely Fabulous, will also reveal her techniques for getting usually tight-lipped celebrities to open up.

She said: “I haven’t watched these shows in 25 years. Why didn’t anyone tell me I was that cute?”

Game on with ad hero El

LOOK out for the eye-catching new trailer for Channel 4’s coverage of the Tokyo Paralympics.

The advert, which is a cheeky mini-movie in its own right, airs tonight at 9pm and shows the blood, sweat and blisters that the competitors endure as they push themselves to the limits against all the odds. 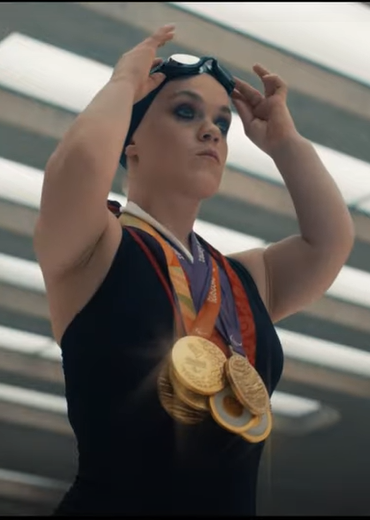 Playing a starring role is Team GB swimmer Ellie Simmonds, who has been competing in the Games since her debut aged 13 at Beijing 2008.

She proudly shows off her multiple medals – so many it’s a miracle she can lift them.

The Paralympics start next month, with coverage from Channel 4 across the two-week event.