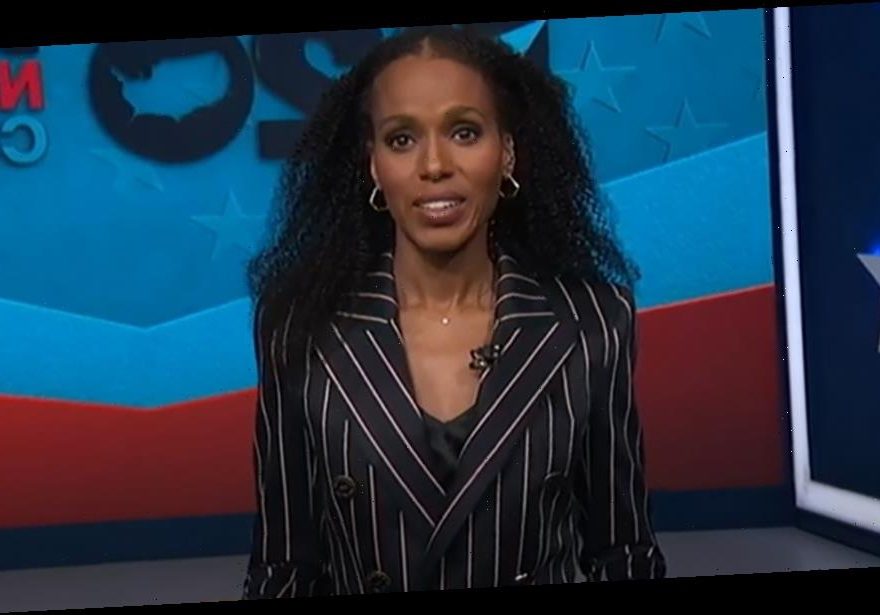 Actor-producer Kerry Washington opened the third night of the virtual Democratic National Convention with a fiery warning about the stakes of the 2020 presidential contest between President Donald Trump and former Vice President Joe Biden.

“We’re fighting for the soul of this country and for our lives,” the “Scandal” star said in introducing a program that is to include performances by Jennifer Hudson and Billie Eilish, in addition to speeches by President Barack Obama and Democratic VP candidate Kamala Harris.

Sen. Harris (D-Calif.), appeared at the top of the 9 p.m. ET hour — in the vein of a “Saturday Night Live” cold open — with a plea for viewers to set up a “voting plan” for Election Day, Nov. 3, by sending a text message to the Biden-Harris campaign.

Harris also noted the rising alarm about voter suppression efforts in the presidential contest. Harris asked the audience to consider “Why is there so much effort to silence our voices?”