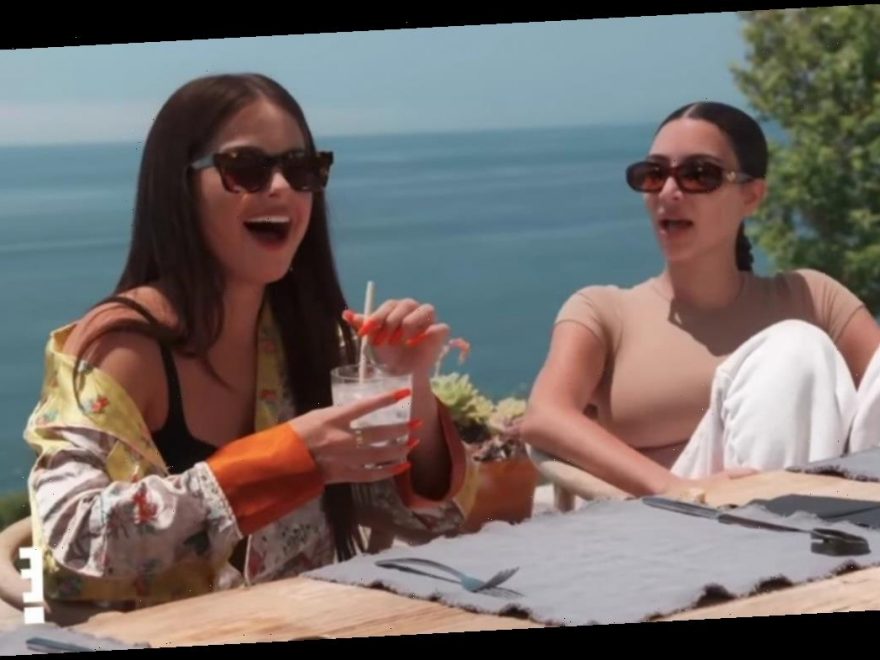 In a new sneak peek clip for Thursday’s episode of Keeping Up With the Kardashians, the family decides to take matters into their own hands.

“We all decided to get to the bottom of Kourtney and Addison,” Khloe Kardashian shares. “So we invited Addison over for lunch but without Kourtney because we just wanted to ask some more questions and get to know her more.”

In attendance at this extremely awkward lunch are Scott Disick, Kourtney’s ex and the father of her three children, her mom, Kris Jenner, and her sisters, Kendall Jenner, Kim, and Khloe.

After they grill Addison on everything from her arrest record to her blood type, Kendall declares, “Oh my god, you guys, are you interrogating this poor girl?”

But that’s just the beginning.

“What the f**k do you do to Kourtney to make her so happy?” Khloe asks Addison, who laughs.

“Honestly, at the beginning we were like, ‘Wait… are they…” Kim begins.

“Hooking up,” Kim clarifies, “If it was that kind of relationship.”

“That was the elephant in the room,” Scott agrees.

Addison looks shocked, laughing and holding her hand up to her mouth before declaring, “No! We’re not!”

“It’s OK if you are. Nobody judges,” Scott assures her.

“It’s just very weird that that’s what the impression was,” Addison says of her friendship with the 41-year-old mother of three.

In the previously released trailer for this week’s episode, the family continues to question the relationship between Kourtney and Addison when they learn from Kourtney’s 11-year-old son Mason that Addison sleeps over a lot in Kourtney’s room.

This past September, Addison opened up about her friendship with Kourtney to ET.

“Kourtney and I just happen to have a great friendship, which is really fun,” she said at the time. “She’s been a great person to have in my life.”

Keeping Up With the Kardashians airs Thursdays at 8 p.m. ET on E!