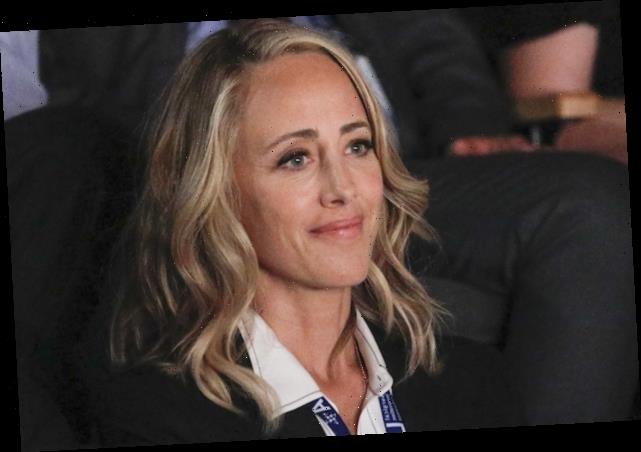 Warning: The following contains spoilers for Thursday’s Grey’s Anatomy. If you’ve yet to watch, you might want to social-distance yourself from this interview until you have.

Rest assured, Grey’s Anatomy fans, you weren’t the only ones shocked to learn that the best friend after whom Teddy named her daughter had also been one of the loves of her life. “It was a complete surprise” to Kim Raver, too, the actress tells TVLine. “I was like, ‘This is so amazing! But at the same time, it makes total sense.’” Here, she not only reflects on the revelation and its implications, she hints at how it will impact the engaged doctor’s future interactions with the men in her life.

TVLINE | When did you first hear that Teddy had been involved in a lesbian love triangle while she was living in New York?
[Showrunner] Krista Vernoff gives us opportunities to pitch storylines at the beginning and end of each season, so I said, “It would be great if we knew what was making Teddy tick… and we’ve heard so much about Allison… ” Then Krista came up with this. I never expected it! And it’s a surprise, but then you’re saying, “Oooh! Now it all makes so much sense!” It’s such a beautiful piece [of the puzzle that explains] Teddy’s behavior in the present. She’s really struggling, you know?

TVLINE | Oh, I do. So when Teddy goes back to Seattle after getting closure with Allison’s other girlfriend in L.A., does she have greater clarity about her situation with Owen and Tom?
Well, to realize that Allison had really loved both her and Claire was a huge aha moment for Teddy, but it doesn’t solve [her current predicament] right away. She’s still in it when she goes home. It’s amazing to watch her — and frustrating. You want to throw something at your TV. [Laughs]

TVLINE | And I have.
But it’s not like she has this aha moment, and everything resolves itself. It’s more like she has that moment… but what is she going to do with it? It’s like a grenade that she’s holding. She’s like, ‘Oh my God, it might explode! What do I do?” But it definitely has its effects going forward. There’s some crazy stuff that comes up in the subsequent episodes.

TVLINE | What should viewers glean from Teddy’s romance with Allison? Is she bisexual? Was Allison just that magical?
I’m not sure yet. For now, [the takeaway is] that love is love for Teddy. Her love for Allison was so great that it led her there. I don’t know if it defines her. Claire, played so beautifully by Rya Kihlstedt, also gave her such an incredible gift of forgiveness [in the current story]. She really puts the pieces together so beautifully for Teddy to then understand her present situation. I think the way we approach love is very much informed by our past in a way, and now that Teddy has a new understanding that you can love two people, what is she going to do with that?