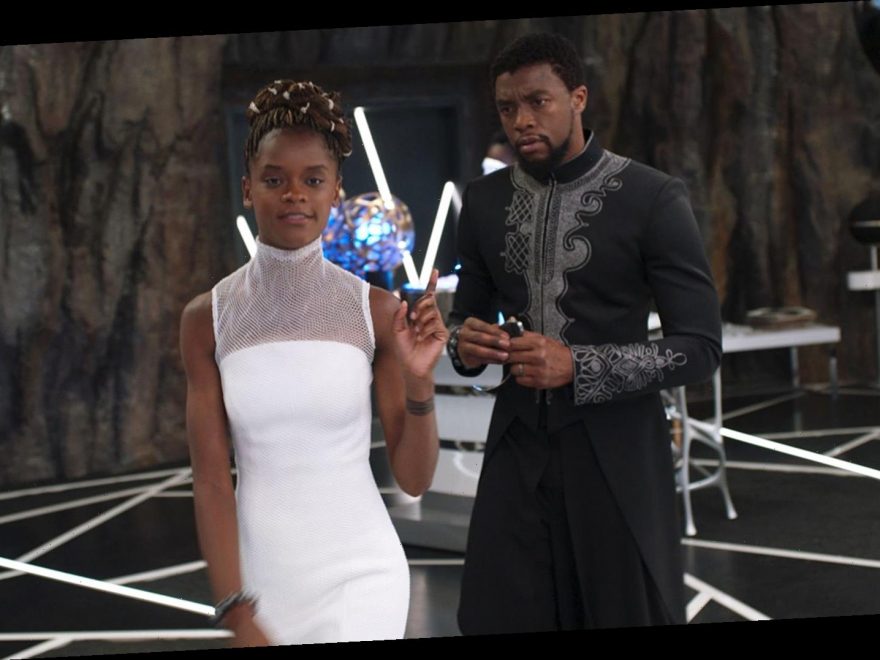 On Tuesday, the Emmy-nominated actress, 26, shared a clip on Instagram dedicated to "my brother," in which she mourns the loss of her Black Panther costar, who died of colon cancer last Friday at age 43.

In the nearly-six-minute video, backed by serene music and peaceful visuals, Wright recites an emotional poem, in which she says, "I wish I got to say goodbye."

"It is written, there is nothing new under the sun. But the sun stood still that morning, refusing to shine," she began. "Dark clouds surrounding, confusion setting in. Tears flowing, rivers so deep. I didn't know this is what I was waking up to — my brother, an angel on earth, departed."

"A soul so beautiful, when you walked into a room, there was calm," she continued. "You always moved with grace and ease. Every time I saw you, the world would be a better place. Words can't describe how I feel — how we all feel — that losing you was forced upon us, to accept this as a new reality. I wish I got to say goodbye."

"I messaged you a couple times, but I thought you were just busy. I didn't know you were dealing with so much," Wright continued, referencing Boseman's private cancer battle that lasted four years. "But against all the odds, you remained focused on fulfilling your purpose with the time handed to you."

Wright also recalled first meeting Boseman and feeling a familial connection from the get-go: "And I'll never forget the day that I met you, before I got on the plane to L.A. for my first meeting with you, God told me that you were my brother and that I am to love you as such. And I always did, and I always will."

"But now my heart is broken, searching for old messages of exchange, cards filled with your handwriting and memories of you holding my hand as if it was for eternity," she added. "I thought we had more time, and many more years to come, for more laughter and more moments of me picking on you on set. Leaning my head on your shoulders in the throne room as Ryan gave us notes." "I thought this would be forever. This hurts," said Wright, who also included several personal clips and photographs of herself with Boseman in the video tribute. "I'm trusting God to heal all wounds. It is also written that all things are made new. There is light in the darkness. Streams of living water flow, giving new life."

"And all that's left now is for us to allow all the seeds you've planted on the earth to grow, to blossom, to become even more beautiful," she concluded. "You're forever in my heart."

Announcing his death on Friday, a statement shared on Boseman's social media channels said that his role as King T'Challa in Black Panther was "the honor of his career."