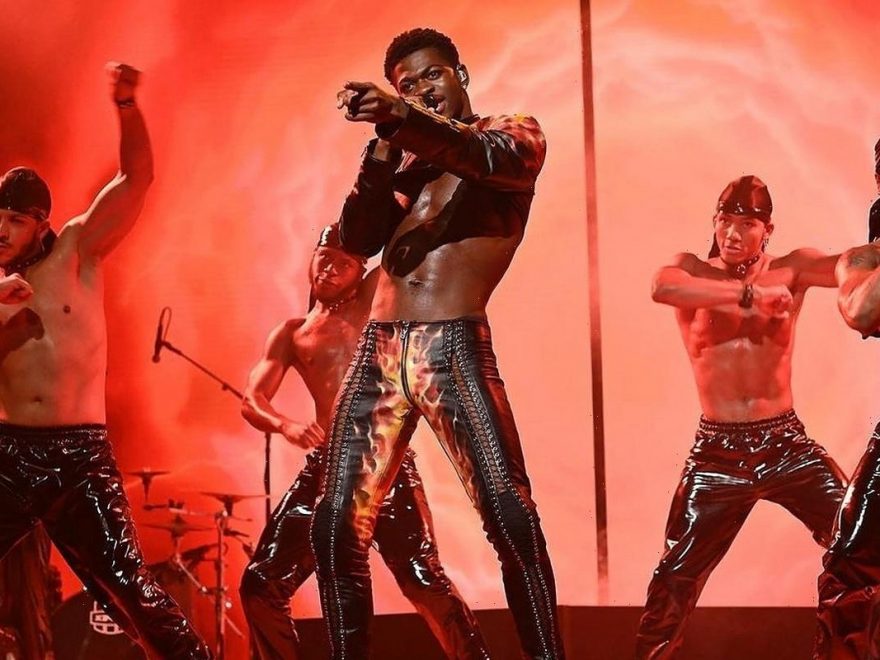 The ‘Old Town Road’ hitmaker is adamant that the embarrassing wardrobe malfunction during his performance on ‘Saturday Night Live’ was purely an accident.

AceShowbiz -Rapper Lil Nas X was left horrified on Saturday (22May21) after ripping his pants on live TV while performing a pole dance routine.

The “Old Town Road” star was recreating moves from the music video of his latest smash hit, “Montero (Call Me by Your Name)”, during his appearance on U.S. comedy show “Saturday Night Live” when the fashion nightmare occurred.

A shocked Lil Nas quickly used his hand to cover his groin area mid-performance, and he later took to Twitter to share his embarrassment.

He then tried to laugh off the incident, adding, “I wanted to do my pole routine so bad this what I get lmaoo (laughing my a** off) (sic).”

The set marked Lil Nas’ live debut of “Montero” – in front of SNL’s first in-studio audience since the COVID crisis began while he also treated viewers to his new single, “Sun Goes Down”.

“The Queen’s Gambit” star Anya Taylor-Joy served as the guest host for the season 46 finale.

Lil Nas X insisted the wardrobe malfunction was purely an accident and was not a PR stunt. “I know i do a lot of planned s**t but ripping my pants on live television is not one of them,” so he told his loyal devotees.