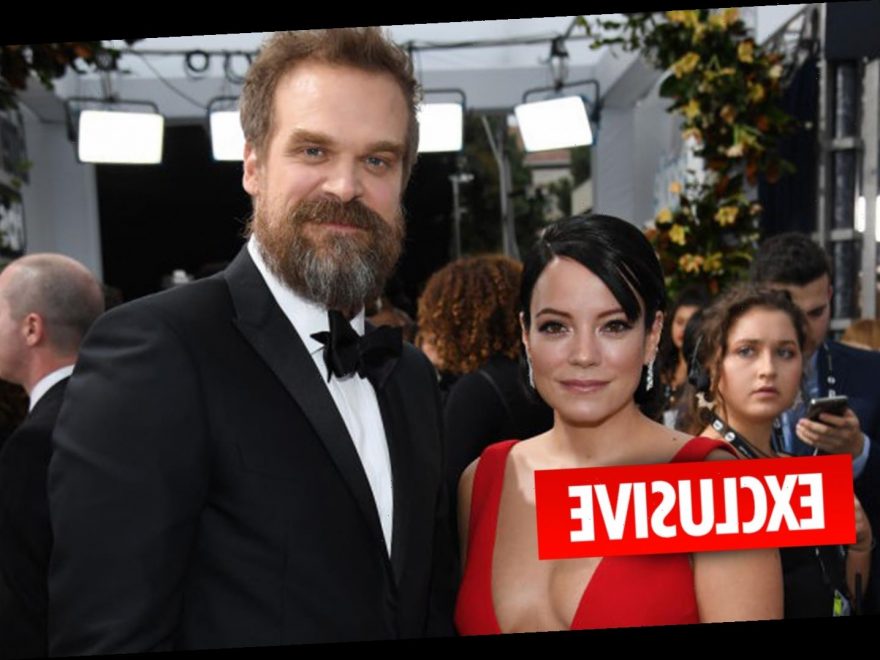 LILY Allen was married to her Stranger Things lover by an Elvis impersonator in a small Las Vegas chapel, The Sun can reveal. 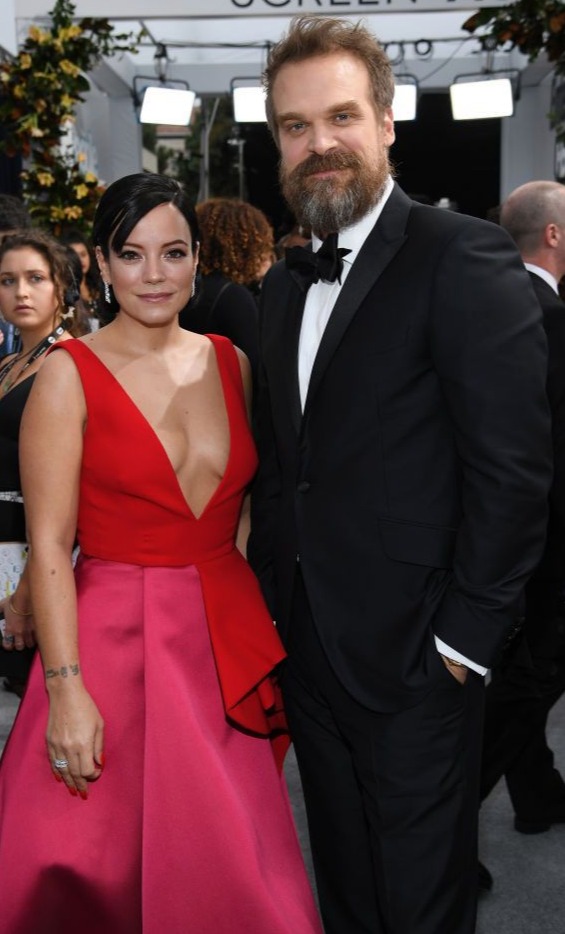 The ceremony was carried out by Brendan Paul, owner of the chapel and one of the most famous Elvis impersonators in Sin City.

A lady at Brendan’s Vegas home told The Sun: “He cannot comment about it because of privacy but he is really well known as Elvis.” 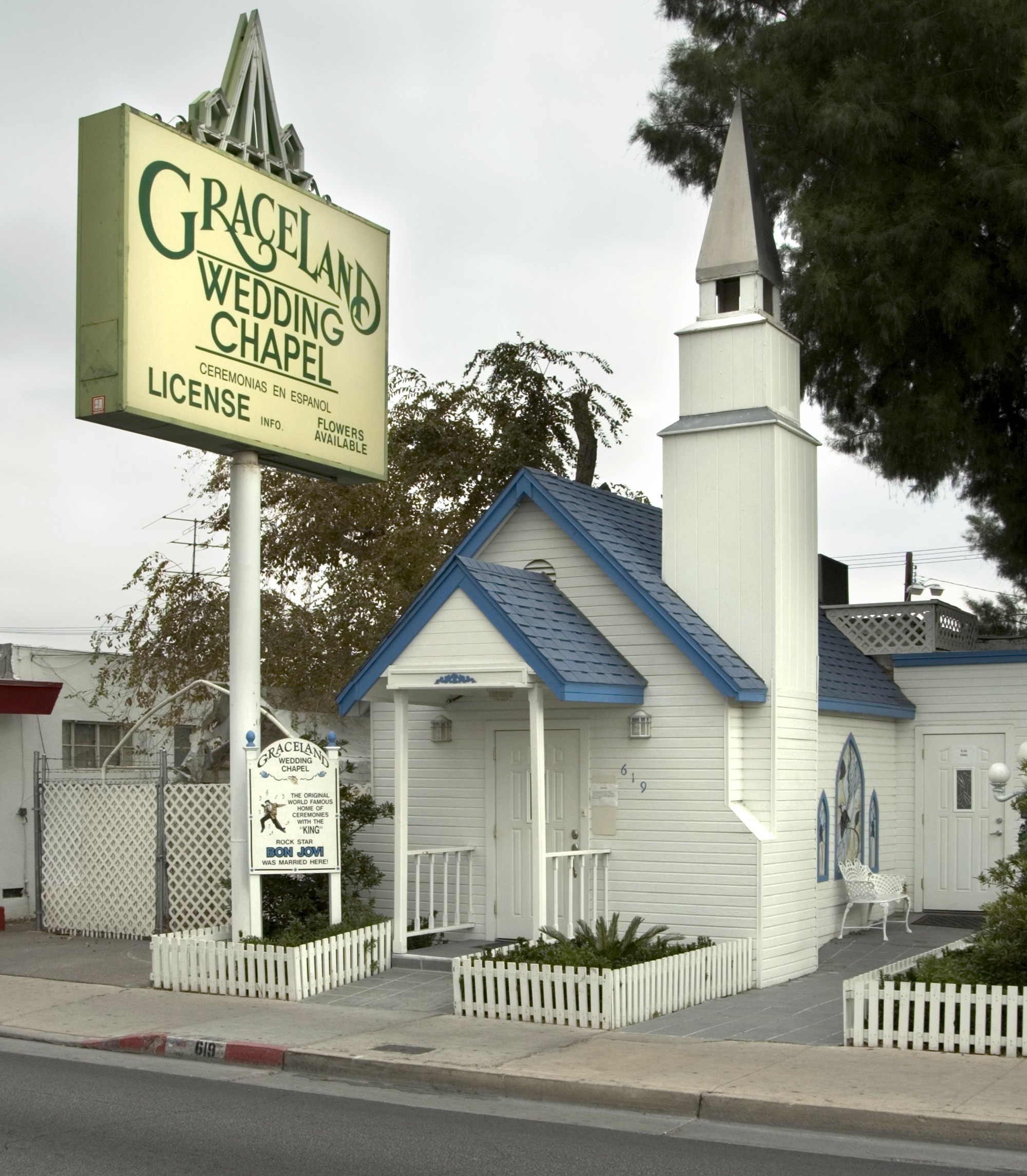 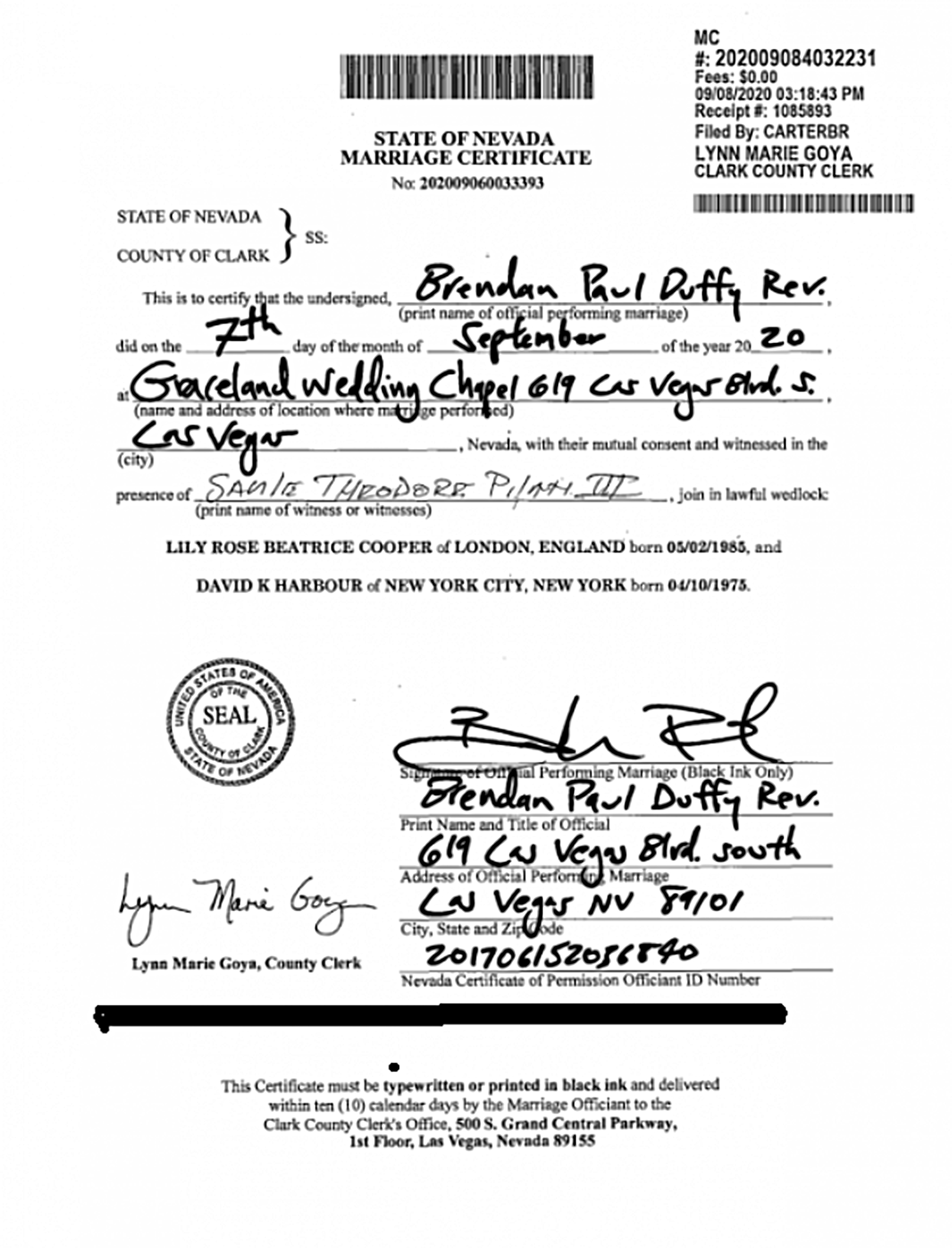 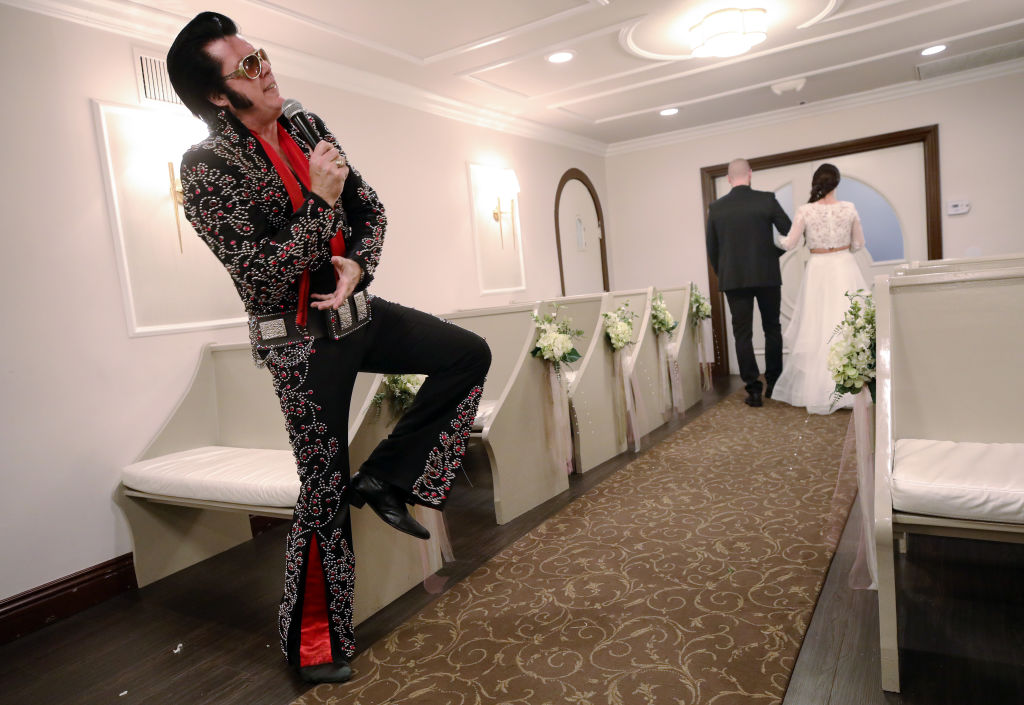 The pair married at St James' Church in Cranham, Gloucester in the summer of 2011, with the pair welcoming their second child Marnie Rose later that year.

Guests at Lily’s do at the chapel, which can seat about 30 people, would have had to wear facemasks but the singer and David did not.

There were four other weddings at the chapel on Monday when Lily tied the knot, including one that was Hawaiian themed which featured a hula dancer and Brendan singing as Elvis.

The Graceland Wedding Chapel has a long history of celebrity weddings. 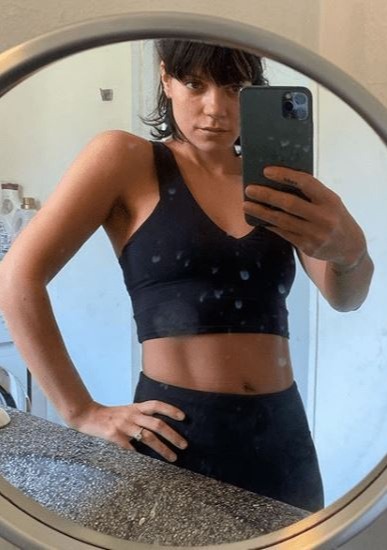 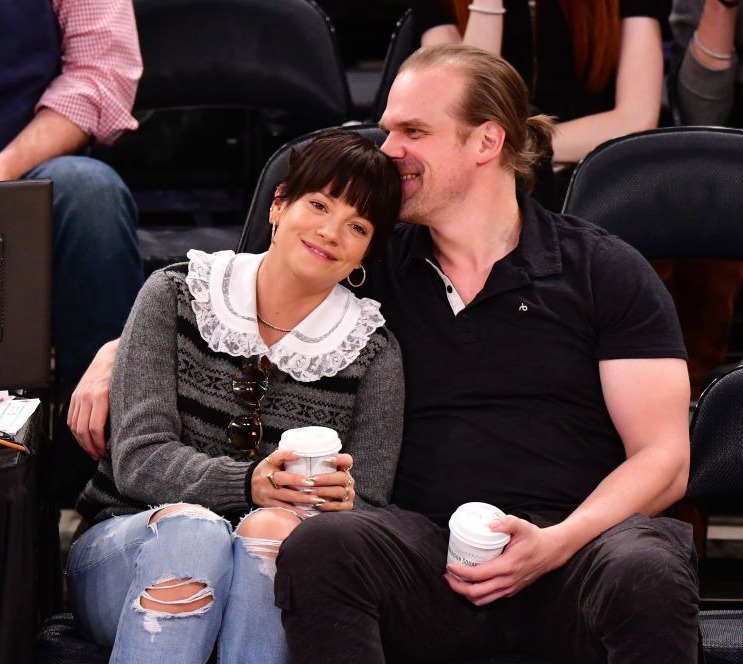 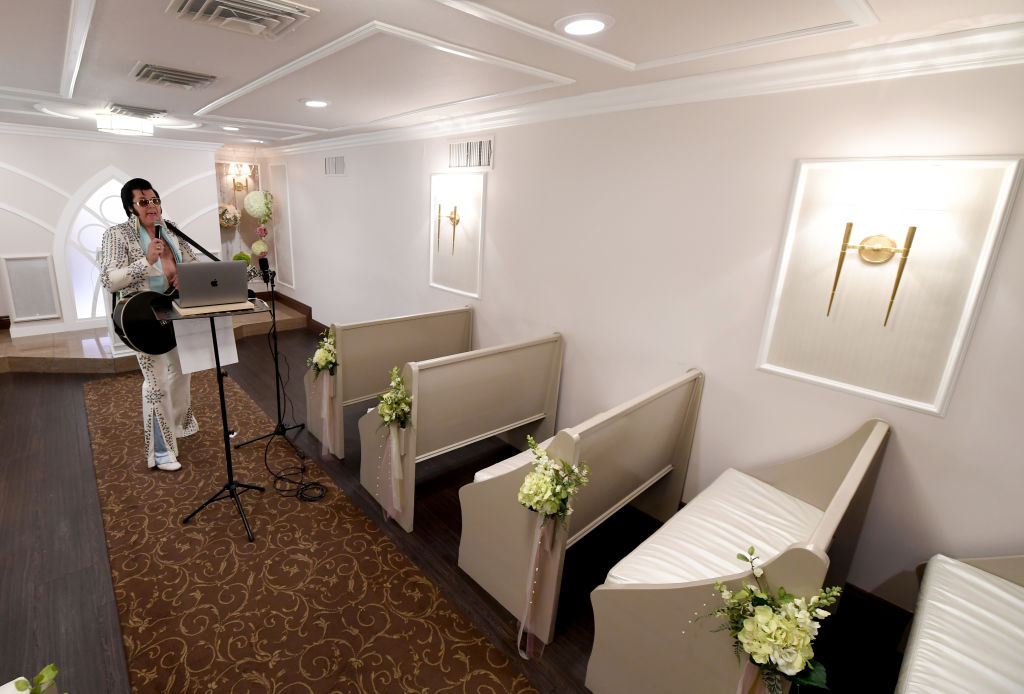 Rocker Jon Bon Jovi married Dorothea in a late-night ceremony there using his real name, John Bongiovi in 1989. The couple, who are still together, went on to have four kids.

Billy Ray Cyrus and actress Andie McDowell have since renewed their vows there.

Other celebrities who have visited the chapel have included Johnny Depp, Jay Leno and Leslie Mann.

It also featured in the movie Fools Rush in starring Matthew Perry and Salma Hayek. 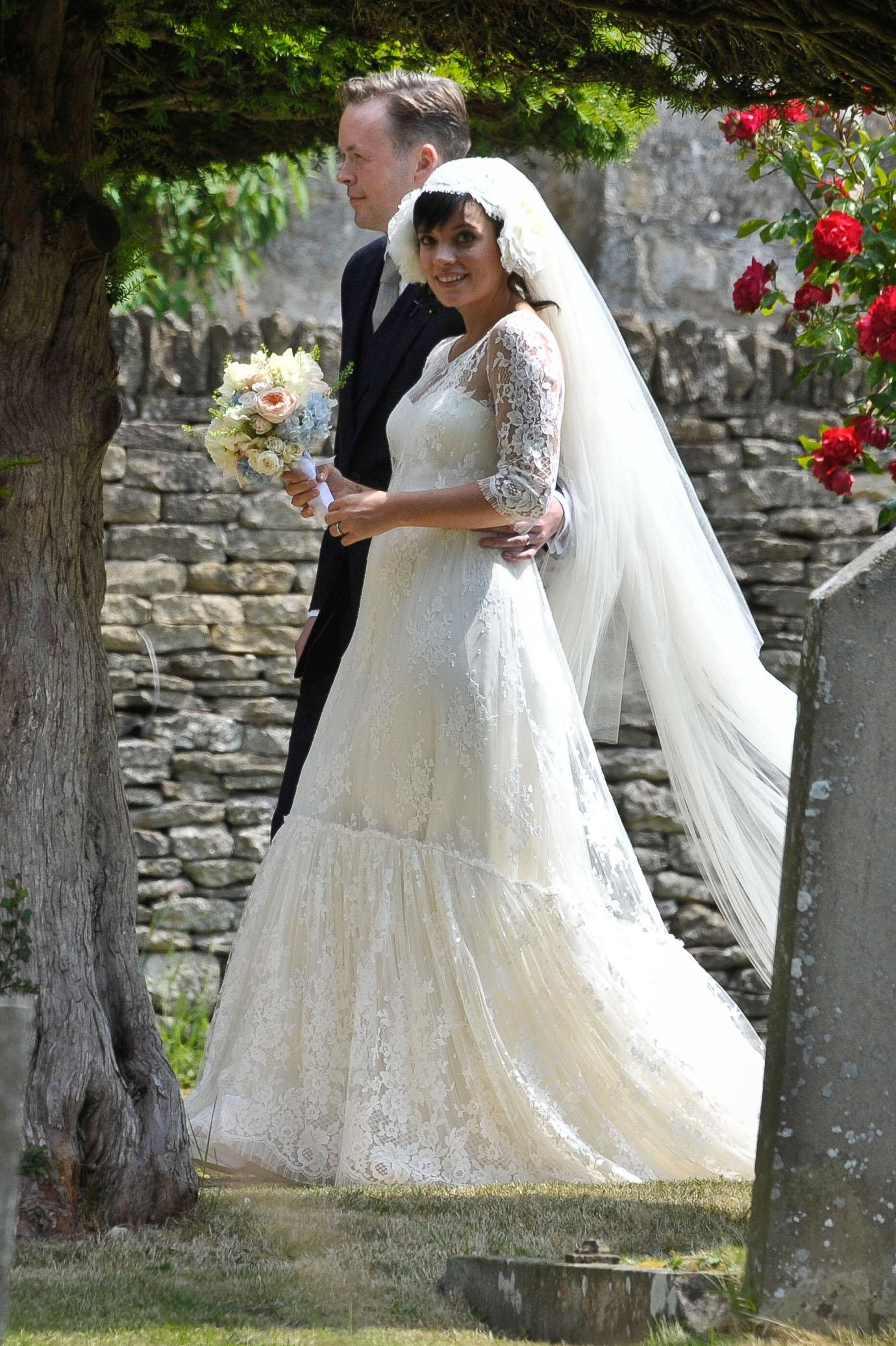 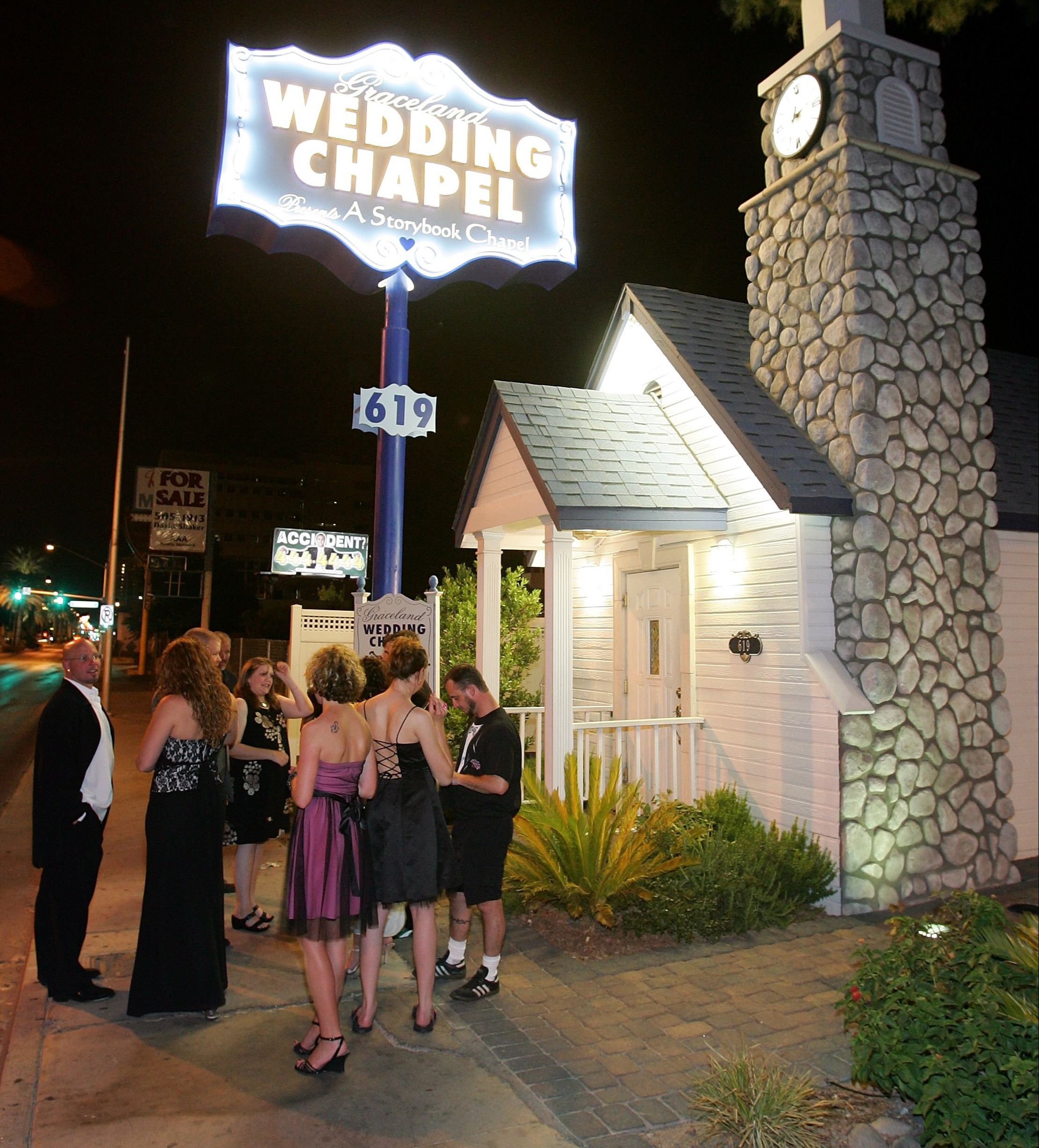 All wedding ceremonies are filmed for the couples and also so that loved ones can watch the ceremony live.

The chapel was built 73 years ago by Scottish immigrants and was first named after Gretna Green, the place in Scotland where teenagers can tie the knot.

Elvis himself made an unannounced visit there in 1967 according to the chapel’s website, just so he could have a look around.

After his death in 1977 the chapel was renamed in his honour and it later held the first-ever Elvis-themed wedding in Las Vegas.