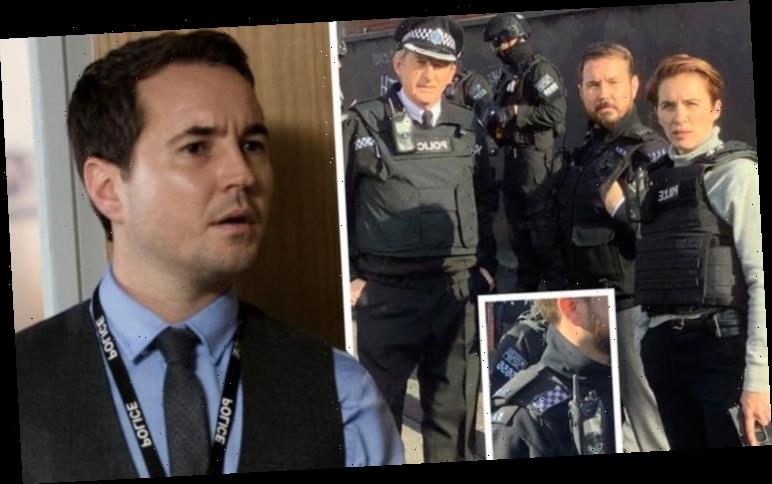 Line of Duty is finally back filming and show boss Jed Mercurio shared some much needed behind the scenes photos of the cast and crew in action on the streets of Belfast. But while the excitement for the new season rang true as fans flooded the comments section on Twitter, some noticed a rather alarming clue about DS Steve Arnott (Martin Compston).

The tenacious detective along with returning favourites DI Kate Fleming (Vicky McClure) and Superintendent Ted Hastings (Adrian Dunbar), all posed while the photos were snapped, sporting their stab vests and usual police attire.

But it appeared that Steve had been stripped of his Sergeant Stripes, which led to mass hysteria among worried fans.

Could he have been demoted?

Sharing their observation to Reddit, the speculation started with super-sleuth viewers keen to work out what could have happened or whether it’s been a mistake. 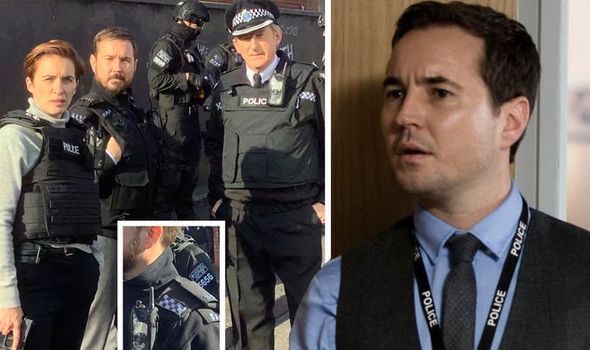 One replied to the original comment: “Could it be he was undercover at the time as a PC or DC? As that would explain for the lack of Sergeant Stripes.

“Adding to this theory he is wearing a police jacket like a PC would wear as it is very rare for a detective to be wearing one of those in the show,” they said.

But someone else disagreed: “Steve’s way too scrappy for undercover work – last time they left him unsupervised he f****d a witness and messed about with Lindsey. Would be an interesting twist for this season though!”

Another did some more digging: “I have just looked it up and that’s not Steve’s collar numbers as his ones are 1561 and the one is the photo is 3947,” begging the question as to whether this is even his vest. 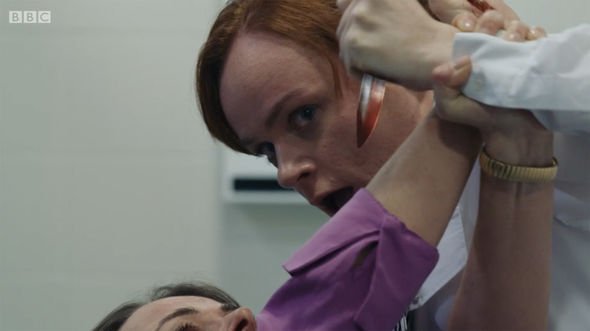 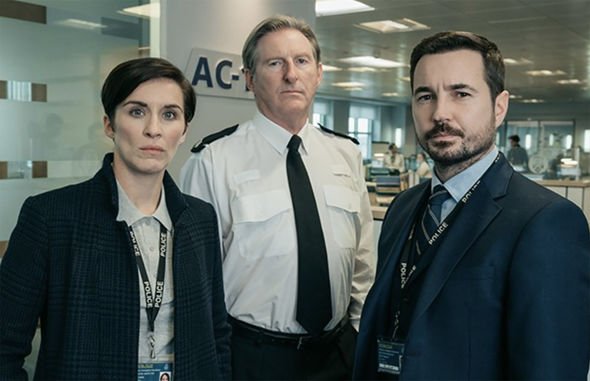 Hopefully the latter are correct and it’s either a mistake or the wrong vest, and poor Steve hasn’t gone and got himself in more hot water leading to a demotion…

Speaking of mistakes and Line of Duty, fans are on top of their game when it comes to spotting errors in the show, just like noticing Steve’s Sergeant number is different to that in previous series.

But another very obvious mistake made at the end of series five was flagged on Movie Mistakes, where it appears BBC bosses accidentally forgot Martina Tranter’s (played by Natalie Gavin) rank during the text captions revealing what happened after Operation Pear Tree was shut down.

One viewer detailed their findings: “The caption at the end says that Steve was cleared of any wrongdoing in the shooting of ‘Police Constable Martina Tranter,'” they wrote.

“She was actually a Police Sergeant.”

Very true, Tranter was a Sergeant in the East Midlands Constabulary currently assigned to AC-3.

She became involved with the Organised Crime Syndicate as the first officer to have been shown working with the group from outside Central Police, as far as we know.

She proved her service in the OCG when she appeared alongside her boss DCS Patricia Carmichael (Anna Maxwell Martin) while interviewing Superintendent Hastings, who had been set up as the final member of H by Gill Biggeloe (Polly Walker).

Once his trusty team pointed the finger at the former defence lawyer, Tranter ambushes Biggeloe in the toilets after her arrest, on orders of the OCG.

She only manages to wound her hand before Arnott and Fleming arrived on the scene upon hearing the commotion, resulting in Steve shooting Tranter.

She is last seen on a stretcher being taken out of the building by paramedics with the Meridian Ambulance Service, but there was no update on her condition.

The new series of Line Of Duty will premiere on BBC One in 2021.