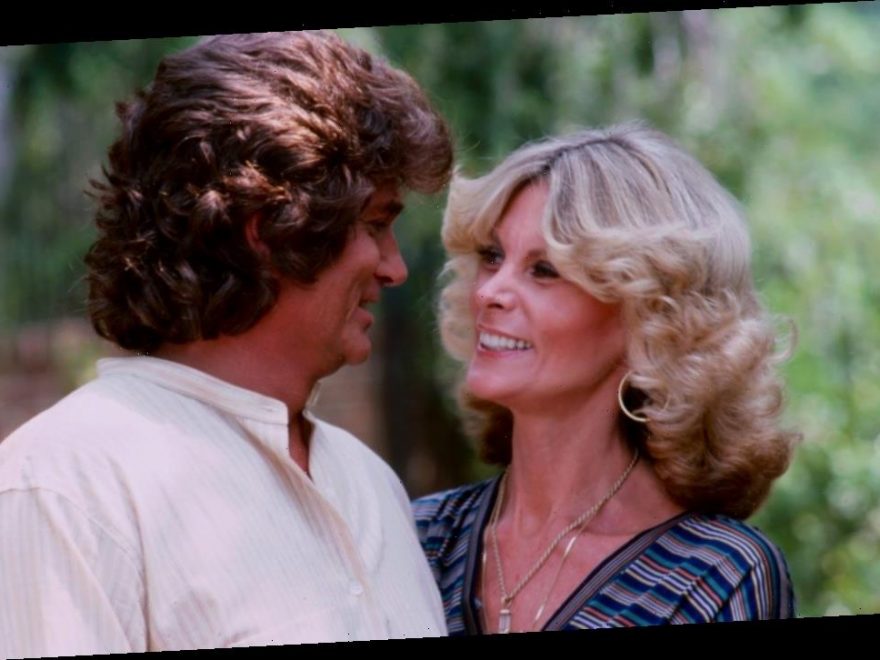 Michael Landon might be best known for his work on Little House on the Prairie, but he also had quite a controversial personal life. While he was married three times, he divorced his second wife, Lynn Noe, after falling for the makeup artist on the set of Little House. And it sounds like their divorce was quite expensive. Here’s what we know.

Landon was known for his work in Hollywood, but his personal life has also been talked about. According to AmoMama, Noe, who was born Marjorie Lynn Noe, was also known for her acting. She was cast for an episode of Bonanza, a show Landon famously acted in. It’s unclear if this is where they met, but it seems possible.

Prior to Landon, Noe was also married twice. And INSP notes the couple decided to elope in Mexico Once she and Landon tied the knot, they started a family and later had four kids. But the two couldn’t make their relationship work.

INSP notes Landon’s Little House on the Prairie fame brought his attention to the makeup artist for the show, Cindy Clerico. While Clerico was half Landon’s age at the time, that didn’t deter their romance. Landon later filed for divorce from Noe.

It seems Landon and Noe’s divorce was anything but amicable. Landon told the media he and Noe “changed” over the years, and they “fought” a lot. Landon also claimed Noe may have been jealous.

“Lynn and I fought a lot, about jealousy, about my being tied up with my work,” he told the press. “I’d go into depressed moods, and then I’d go around screaming at people at home and in the studio. … Nobody’s perfect. Not Charles Ingalls. Not Michael Landon.”

Unfortunately, the couple’s high-profile divorce led to Landon losing a lot of money. INSP reported Noe kept the $3.5 million dollar home, and Landon lost $26 million. Landon and Clerico then moved into a five-bedroom beach house, which was a huge departure from Landon’s 35-room mansion.

Landon still had a ton of money post-divorce

While $26 million would be enough to bankrupt most people, Landon was able to recover financially. Because he had so much success with his TV and film career, he became worth $40 million at the time of his death, according to Celebrity Net Worth. Because Landon was just 54 when he died, the site notes he could be worth well over $100 million if he was still alive today.

It seems Landon owned a lot of real estate as well. He sold one of his mansions in Malibu for $6 million in 1989. And an updated version of the house sold for $40 million in 2014. Another mansion in Malibu is still owned by Landon’s family today. And Clerico continues to buy, renovate, and rent properties to rake in millions.

Clerico also received a lot of money from Landon after his death. All Star Bio reports Landon left his money to Clerico, so it’s likely she received around $40 million.