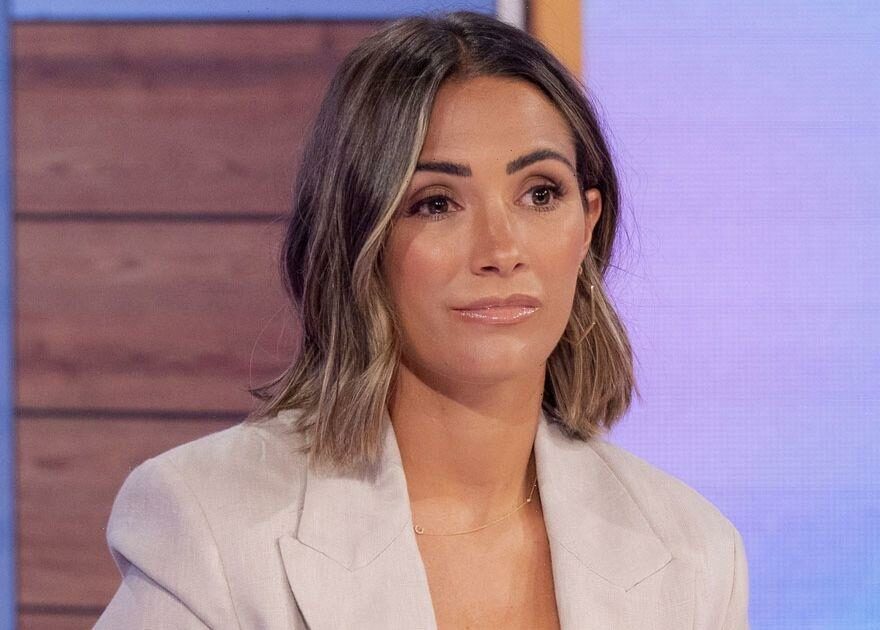 Loose Women stars Denise Welch, Charlene White and Jane Moore were left in shock after fellow panellist Frankie Bridge admitted that she deliberately leaves her bra on the kitchen side.

Charlene White hosted the show and began asking her guests about their unusual habits around the home after one woman recently admitted she hates hosting friends and family.

They discussed how they all clean up after guests when Jane said that her "kids have all moved back in again" and she found a "bra on the kitchen island".

READ MORE: Frankie Bridge says she 'would have got stick' for leaving newborn for I'm a Celeb

Frankie responded by asking "what's wrong" with that, to which the other panellists laughed along.

Charlene asked if she "just leaves her underwear in the kitchen," to which Frankie responded: "The first thing you do when you get home, you want to be comfortable! I whip my bra off, it's normally in the kitchen."

Charlene quipped back: "You do know you have a bedroom though, right?"

Frankie argued her point that it was the "first thing she wanted to do" when she gets back into her "own space" so that she can "be comfortable".

Then Jane wondered what she would do when her son Parker's friends come round to her house.

Frankie quickly responded: "I might tidy it up, or I might put it in the rubbish drawer. Wendy, Wayne's mum, always used to say: 'You know when you're home because your bra is on the side'!"

The panellists were in stitches after that comment before Denise moved the conversation onward.

She asked her co-stars whether they put things on the stairs for the whole family to take up, but never manage to do so.

The former actress said that a "piece of underwear always ends up on one of the steps" and admitted that she wonders how many times her husband will walk past them.

The conversation then went back to Frankie, who said that if people come round her house, it's "always busy" with "people coming and going," therefore she encourages people to "make themselves at home" and "do everything themselves".

However, she said her mother and father have "taken it too far" and said that "if they come to her house without food" then they "won't get fed".