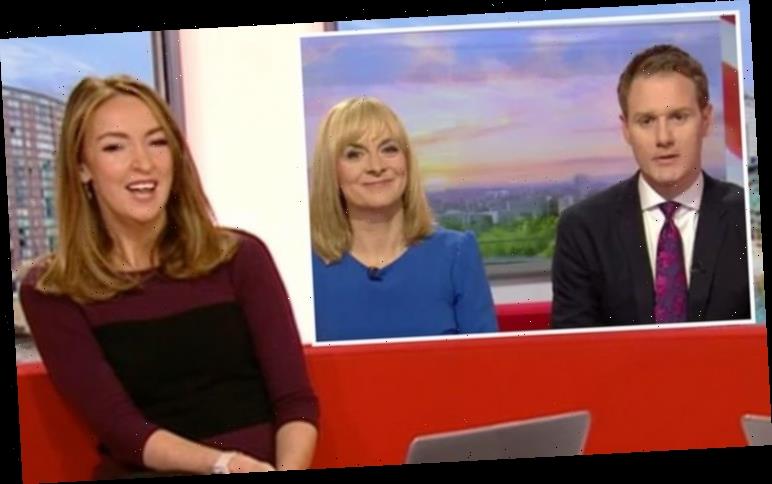 BBC Breakfast viewers are used to seeing Louise Minchin host the morning show with Dan Walker for the first half of the week, with Naga Munchetty and Charlie Stayt taking on presenting duties Wednesday to Saturday. But the first instalment of the week saw a shake-up on the sofas as sports correspondent Sally Nugent was featured alongside Dan as Louise’s whereabouts was left unexplained.

Sally acts as one of the programme’s main relief presenters when one of the stars is unable to fulfil their hosting duties that day.

She is sometimes seen on the sofas on Sunday morning and often presents sports bulletins during the week.

Speaking at 6am, she said to viewers: “Good morning and welcome to Breakfast with Dan Walker and Sally Nugent.”

Dan said: “Headlines for you this morning: Shops and gyms will be free to open when lockdown ends next week but it could be takeaway only for some pubs and restaurants,” 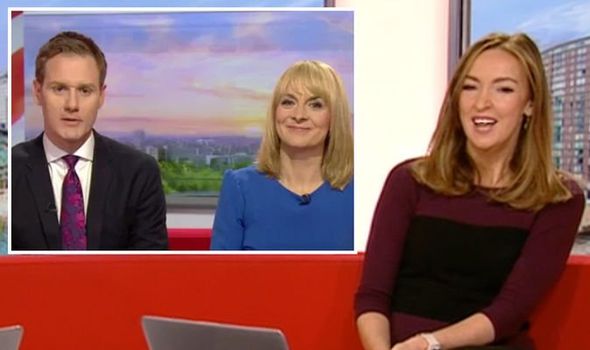 “More details of England’s three new tiers will be revealed today but plans for families to get together across the UK are still to be confirmed,” Sally added.

And Dan revealed a special guest who would be on the programme this morning.

“One year on, in his first TV interview, we’ll hear from the man who confronted the London Bridge attacker with a narwhal tusk,” he detailed.

The pair got underway with hosting but it was unclear why Louise was not on Monday’s programme.