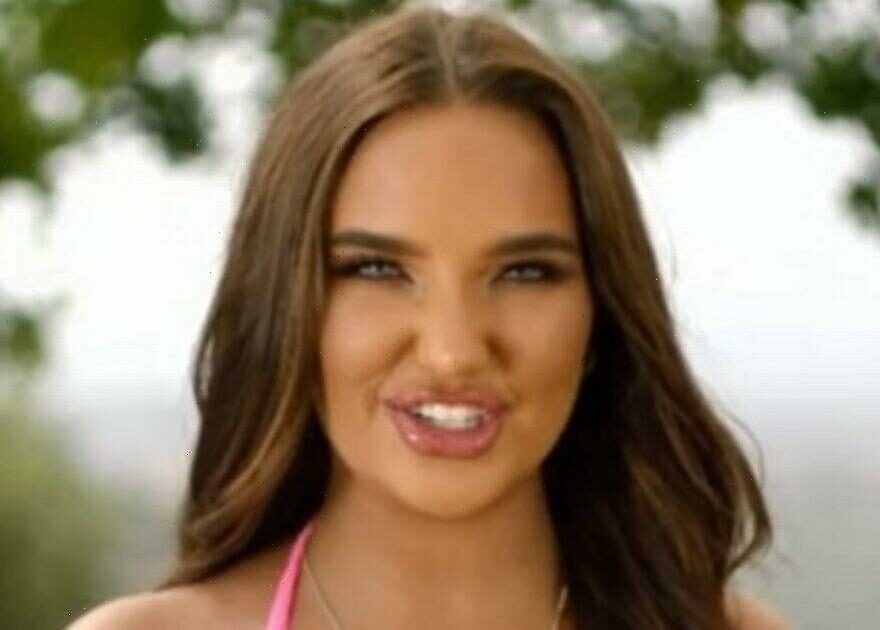 Love Island fans have shared their confusion at the apparent disappearance of one of the girls who entered the main villa as part of the Casa Amor twist.

Just hours after getting acquainted with the Love Island boys, newcomer Jazmine Nichol hasn't enjoyed much screen time, leaving many viewers questioning if the 21 year old was even still on the set of the ITV2 dating show.

The nightclub manager from Newcastle entered the villa on Monday, where she told viewers her best feature was "probably my eyes, or these boys" as she pointed downwards.

Jazmine added that her ideal man has a "good smile and a really good sense of humour," stating: "If they don't laugh me into bed, they're gone!"

But her only notable appearance since then came that night during a challenge. She hasn't been seen chatting to any of the lads – who have wasted no time in getting to know the ladies.

One viewer wrote: "Jazmine walked through the door and was never to be seen again."

Another person said: "Has Jazmine been locked in the bathroom these past few days? Where HAS she been?"

A third commented: "Has jasmine said a single word since she walked through the door?"

"No why is Jasmine getting absolutely no air time, I definitely thought she would be the one all the guys would be after," said one fan.

One Twitter user commented: "No but on a serious note where is Jazmine."

And a sixth fan added: "Where is Jasmine? We didn’t see her in today episode at all," as a fourth commented: "Who is Jasmine – have we seen her yet?"

The fans' complaints come after they predicted only one couple would survive Casa Amor.

After just two days, Dami Hope has kissed new girl Summer while Davide Sanclimenti put Ekin-Su Culculoglu to the back of his mind and kissed two girls.

Jacques O'Neill is also set for a snog, as a teaser revealed last night shows him leaning in for a kiss for with Cheyanne Kerr.

Jacques' flirty antics come just days after he declared he'd "never felt this way" for anyone apart from Paige Thorne, who has spent her time in Casa Amor making friends and politely declining any advances.

Jacques' ex-girlfriend, Gemma Owen, told a worried Paige: "If he is that easily led, if you go away for a few, and he's not f*****g strong enough in his own mind to keep his d**k in his f*****g pants well then he can f**k off anyway."

Perhaps the biggest shock though has been Andrew Le Page's decision to get pretty serious with Coco Lodge, kissing her multiple times and cosying up in the bed he was sharing with Tasha just days ago.

Love Island continues every night at 9pm on ITV2.

For the latest Love Island gossip and spoilers, make sure to sign up to OK!'s daily celebrity newsletter and Factor 50 – your one stop for all the latest villa news.