The Casa Amor newbies earned their place in the villa on Tuesday night, however the majority of the camera time has been taken up by drama elsewhere. 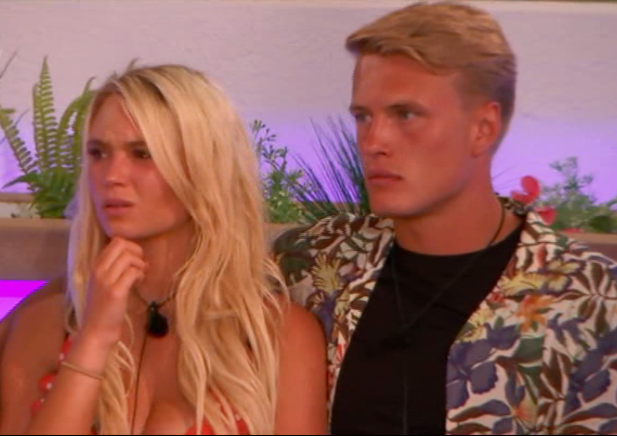 George, 22, who is coupled up with Lucie Donlan, and Marvin, 29, who is partnered with Maura Higgins, were spotted in the background of the opening scenes.

Fans took to Twitter following the episode to point out their lack of screen time.

One wrote: "George and Marvin literally got coupled with and they STILL can’t get any air time. Wish they’d fairly separate the air time between everyone #LoveIsland"

While another quizzed: "Where are George and Marvin like are they good? What’s there story? Are they hidden dickhead like the rest of the lads or??? #loveisland"