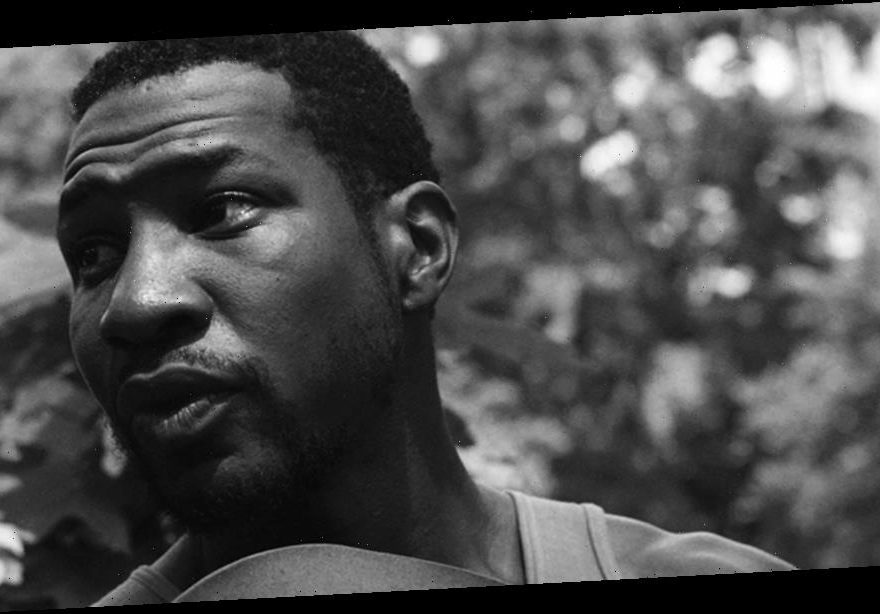 Jonathan Majors is relishing his opportunity to play a new brand of hero on HBO’s “Lovecraft Country,” where the actor stars as Atticus “Tic” Freeman, a Korean war veteran whose love of sci-fi and fantasy novels turns (maybe a bit too) realistic after he returns home to look for his missing father.

From the HBO series’ opening sequence — which Majors says “blew his mind” when watching it on-screen —  it was clear that Atticus and Majors had stepped into a brave new world.

“The colors, the sounds, it was IMAX on our TVs all of a sudden. I remember looking out as Atticus [on set during that scene], and it was people and it was active and it was great, but it didn’t not have all that color,” Majors tells Variety. “It is even beyond my wildest dreams to be stepping into this world now and doing what we’re doing with the show.”

And speaking of the opening scene, it seems Majors knows who the identity of the warrior woman who descended from the UFO — but he’s not spilling all the details.

“I can’t speak to it,” Majors laughs. “No giveaways, I’ll just connect the dots. … ‘Princess of Mars’ is the book that Atticus is reading at the top of the story and, as you know, they’re on Barsoom, the red planet. So for me, it’s Atticus’ memory or his subconscious projecting. But in the ‘Princess of Mars’ we’re dealing with… [he trails off surreptitiously]. But everything’s not what it seems, so keep watching.”

If you have no idea what Majors is referencing here (namely the plot of Edgar Rice Burrough’s sci-fi novel “Princess of Mars” or even Matt Ruff’s novel “Lovecraft Country,” on which the HBO series is based), the actor says that it’s okay if viewers aren’t familiar with the scifi lexicon that the series employs.

“Read the book because it’s a beautiful book. Matt Ruff did his thing. I will also say that if you know the lexicon of pulp, of sci-fi and horror, you will enjoy the show in a different way,” Majors says. “If you are virginal to that type of material, as I was, you will also enjoy the show, in a very, very cool way. A lot of the tropes, we show them and will subvert them. You don’t really know what you’re getting, but that lexicon will definitely aid you as you move forward.”

Majors joined the “Variety After Show” following the series’ debut on Sunday night to dish about the making of “Lovecraft Country” and what’s next for Atticus Freeman, Letitia “Leti” Lewis (Jurnee Smollett) and Uncle George Freeman (Courtney B. Vance), now that they’ve survived the first leg of the road trip from hell. And, though Majors is not on social media himself, don’t fret Internet, he is also aware of your thirst tweets about Atticus’ abs and tight tees.

In the last few months, Majors has been riding high, with a series of high-profile roles including the Netflix epic “Da 5 Bloods” and “Lovecraft Country,” both projects which comment on the realities of life for Black people.

“It’s been like a 1-2 punch. As soon as I got off the roller coaster that was ‘Da 5 Bloods’, ‘Lovecraft’ started creeping up,” he says. “Spike Lee and Misha Green share many things in common, but chiefly, they both have the audacity and the nerve to say ‘Here it is’ and, because of their pedigree, because of the work they’ve made before, they can be put into very large arenas [to tell that truth].”

Majors adds: “It feels like pseudo activism all of a sudden, with the work that’s been put into the world … I pick the project because I believe in it emotionally, spiritually, politically, socially. So, my point of view, is being seen through David in ‘Da 5 Bloods’ or Atticus and it being propelled to the people, I think that’s a beautiful thing.”

Majors also praised Green for her creative genius, explaining that each of the principal actors touched base with the showrunner early in production about what to expect for their characters moving forward.

“Misha is a blerd. She’s also a studier of the zeitgeist and a studier of culture. And, because of that, she has a way of knowing what people want before they know they want it,” Majors says. “She’d be a great bartender – we’ll take a little bit of this, a whole lot of this, and then we’re gonna feed it to the people.”

In terms of teasing what’s next for Atticus and company, Majors keeps it mostly vague.

“Pay very, very close attention to who you meet,” he says. “I think one of the phrases we speak about in the show is ‘What is reality?’ So just be on your toes and keep your head on a swivel, because things are not as they seem. Ever.”

But he can promise that “Lovecraft Country” will continue to mix sci-fi elements with its social commentary, explaining why he believes “the conversation is everything” when it comes to creating a stronger society.

In terms of behind the scenes scoop, Majors shares that he got to do about 98% of his own stonework on the series, pointing to a scene in the midway through premiere episode where he had to lean out of a moving car to shoot at a group of gun-toting racists as particularly fun. But he also says that Smollett also saved his life, though the incident happened off-camera.

“Jurnee saved me once when I was drowning. I was f—king around and she literally picked me up and held me on her side. I wasn’t quite drowning but if she didn’t [help me], I would’ve, potentially,” Majors says. “It was me, Michael K. [Williams] and Jurnee. They’re really good swimmers; they’re incredible swimmers. I mean just incredible. And I’m not.”

Smollett confirmed the tale via Twitter, writing, “Facts. I did save his butt a few times.”

Majors also revealed that one of the episode’s most memorable scenes — where Atticus, Leti and Uncle George find themselves being chased out of town — was mostly improvised between the actors.

“We improved like 70% of the slow-mo chase with the police. And that was the first time, I heard Courtney Vance use foul language and I was shocked,” Majors reveals. “I found that we all have really bad — not so much Uncle George — but I found that me and Leti could really cuss.”

However, Majors would not confirm whether or not Smollett’s instantly iconic line – “I’m Letitia F—king Lewis” was ad-libbed, leaving it as one of the many questions that fans are left to ponder until the series resumes next Sunday.

For more Easter eggs from the series’ premiere episode watch the full interview above.