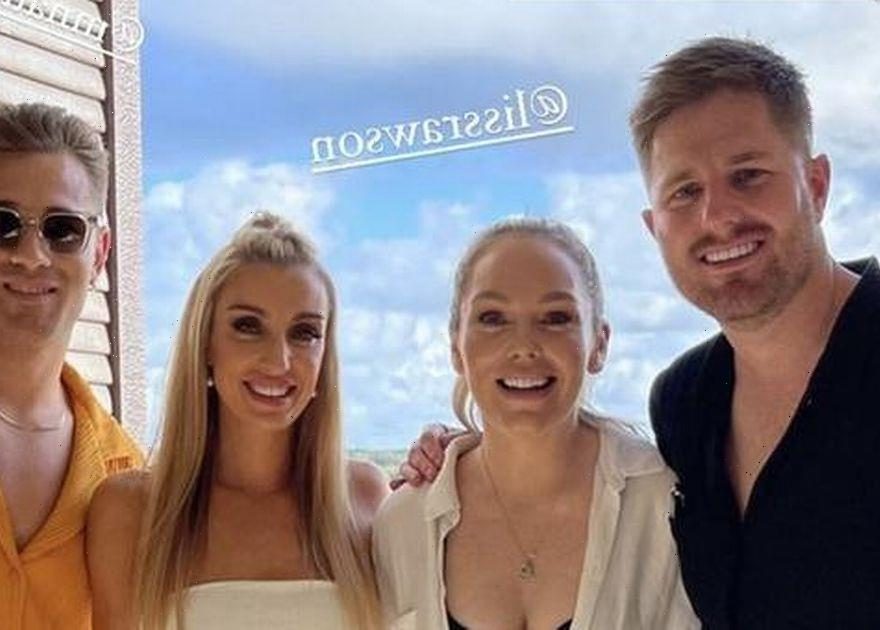 Married At First Sight Australia's Mitch Eynaud and Tamara Djordjevic seem to have gone public with their romance.

The pair were also pictured with fellow contestants Bryce Ruthven and Melissa Rawson. The group were at a luxury home on Australia's Gold Coast.

The rumoured romance will surprise fans of the show, as Mitch and Tamara had a brutal disagreement during the finale.

Tamara, an operations manager, stormed out of the reunion ceremony after her ex TV ‘husband’ Brent Vitiello revealed she had “tried to pick up” Mitch, who was still dating his ‘wife’ Ella Ding at the time of filming.

Mitch, who had earlier broken up with Ella at final vows but soon rekindled his romance with her ahead of the reunion episode, denied this.

“I’m sorry Tamara, but that is bullsh*t. I can’t stop thinking about you?!,” Mitch said. “You are not the only person I called. I called Dion, I called Ella, I was making phone calls all over the place, I was [drunk].”

Mitch broke things off with Ella a few days after the reunion was filmed back in January.

Speaking in early April, a suspicious Ella said: “The word is they are together and they have been for a while … That’s what we’ve all been told.

“The speculation is that it’s been going on for quite a while, potentially even before filming (the reunion)."