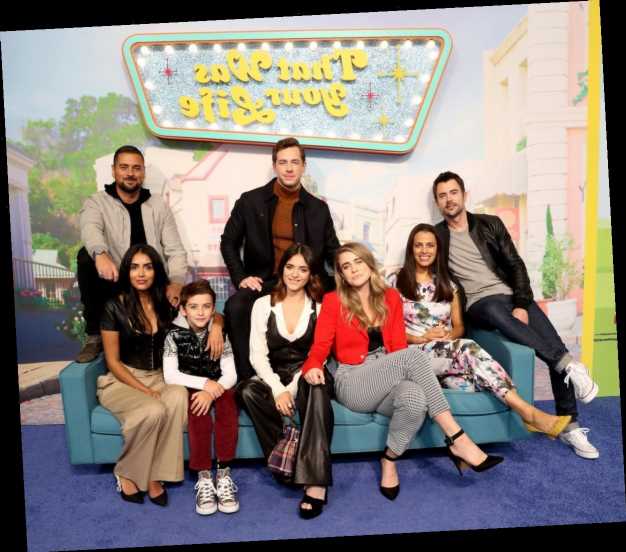 Manifest fans have been buzzing ever since season 2’s stunning finale cliffhanger involving the Flight 828 tailfin. With season 3 on the horizon, showrunner Jeff Rake has been busily tweeting hints about what to expect next on the show. But does his series of cryptic tweets tease the demise of a character? Here’s what we know so far.

To the delight of Manifesters, Rake has been generous when it comes to sharing behind-the-scenes snapshots of season 3.

He began with an on-set selfie in a sunny location from season 3 episode 1, leaving fans to ponder where it was taken. Days later, he followed up with a photo of the crew filming on a beach. Could a flashback of the Jamaican vacation that started it all be in the cards for the season 3 premiere?

Rake tweeted about a car stunt, screams, and a scene at a cemetery

Rake’s tweets about Manifest Season 3 Episode 2 seem to lay the groundwork for a disastrous sequence of events.

First, Rake revealed a photograph of what he called a “badass car stunt.” Does that tease foreshadow an automobile accident in which a character’s safety is put in jeopardy?

Next, he leaked a production set location outside an ice cream parlor with the worrying caption, “I scream, you scream, we all scream…” Considering the history of Manifest, it would not be surprising if the “screams” are about something other than ice cream. Could the dessert shop be the location of the dangerous car stunt? Will disaster strike there?

The next snapshot that Rake tweeted evokes feelings of doom. In the selfie-he stands in the foreground of a cemetery with the production crew milling around behind him. The caption reads, “Week 4, Day 4. Don’t ask.” Could this be a funeral scene? Is this picture connected to the previous tweets teasing the car stunt and the screams at the ice cream parlor?

Fans will have to sit tight to find out how the car, the ice cream, and the cemetery are connected in Manifest Season 3. Rake has kept the details about the narrative to himself. However, he did dish a few specific tidbits about where the show will shoot, when the show premieres, and how many episodes to expect.

According to Rake’s comments on his Twitter feed, the show production will return to Queens again in season 3, and fans can expect the 13-episode season to premiere in 2021. Until the show returns, viewers can stream previous episodes on Peacock.