Doc Martin: Clunes explains why they are ending show

After 18 years as the loveable and grumpy Doc Martin, actor Martin Clunes will be stepping away from the character as ITV airs its final season. Martin has recently opened up about his time away from the series but admitted that work has dried up, feeling that he has become “stale”.

Martin and his wife, Philippa Braithwaite who is the producer of the comical Doc Martin, live on a working farm in Beaminster, Dorset.

He explained: “I have a studio here. I’d been doing voiceovers remotely for ages, but recently I’ve completely gone out of fashion.

“I’ve no idea why, it’s an advertising thing,” he continued before being asked if he feels he’s “too pale, stale and male.”

“Entirely, absolutely,” he told Radio Times. “No accent, no regionality in my voice whatsoever. 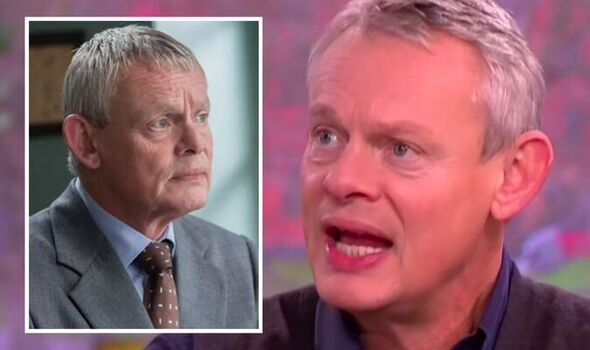 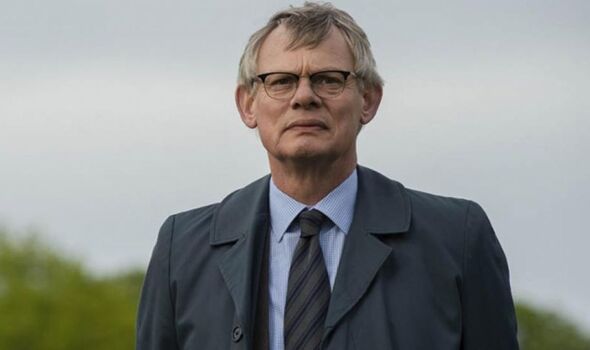 “That used to be what they wanted, what they called a brown voice,” Martin admitted.

Away from the screens, Martin has done a number of voiceover jobs including Kipper in the animated children’s series Kipper the Dog.

He also voiced Harry in Safeways’ When Harry Met Molly advertising campaign from 1993 to 1999.

Martin has also narrated documentaries for ITV including Islands of Britain in 2009, and acted for radio, including a guest appearance in the BBC Radio 4 series Baldi.

Over his career, Martin has played some hard-hitting characters and storylines including Detective Chief Inspector Colin Sutton in ITV’s Manhunt. 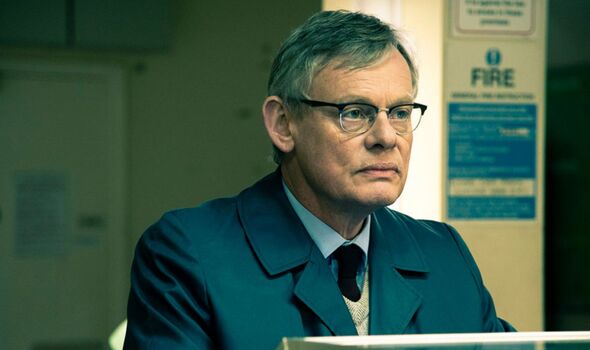 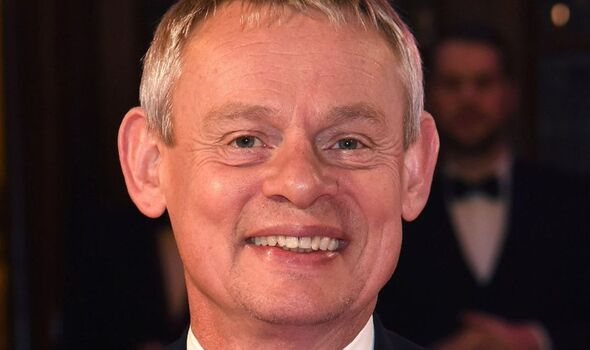 Opening up on what is in store for his career, he recently told The Telegraph: “We’ve got a commission for a thing we’re doing next year with ITV.

“And it is dark, it’s about the county lines drug-dealing model in rural Wales,” he said.

He added: “I’d be pretty churlish if I moaned about my life.

“Sometimes I think, ‘Martin, you’re 60 and you’re chasing a dog out of a room for a job’. But at the same time, you know, lucky me. I’m still living this childish actor’s life.”

Ruth asked: “There will be people I know watching it, huge fans of the show who are going, ‘But why? We love it, why?”

Martin revealed: “It’s just a good time to end it, poor Philippa, I mean she’s worked on every single script, 84 of them, and none of them is easy.

“Because you’ve got the main protagonist who doesn’t like anybody and nobody likes him, and then go from there.

“It hasn’t been easy, it’s tough and we sort of don’t want to repeat ourselves, you know?”

Despite being known as the grumpy doctor, Martin received a lot of praise from viewers online with @englishjen praising: “#ThisMorning: what a sweetie Martin is.”

@ruth_clark commented: “#ThisMorning Martin Clunes is such a nice man. I remember him as the son in No Place Like Home, Nigel Crabtree.”

Read the full interview with Martin Clunes in this week’s Radio Times, out now.