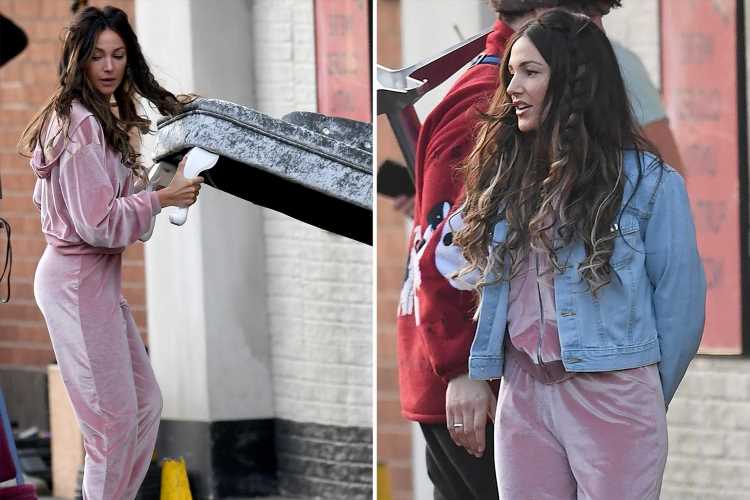 MICHELLE Keegan looked stunning as ever as she returned to the set of her hit comedy, Brassic.

The actress, 34, who plays Erin Croft, is currently filming series four of the Sky hit in Manchester. 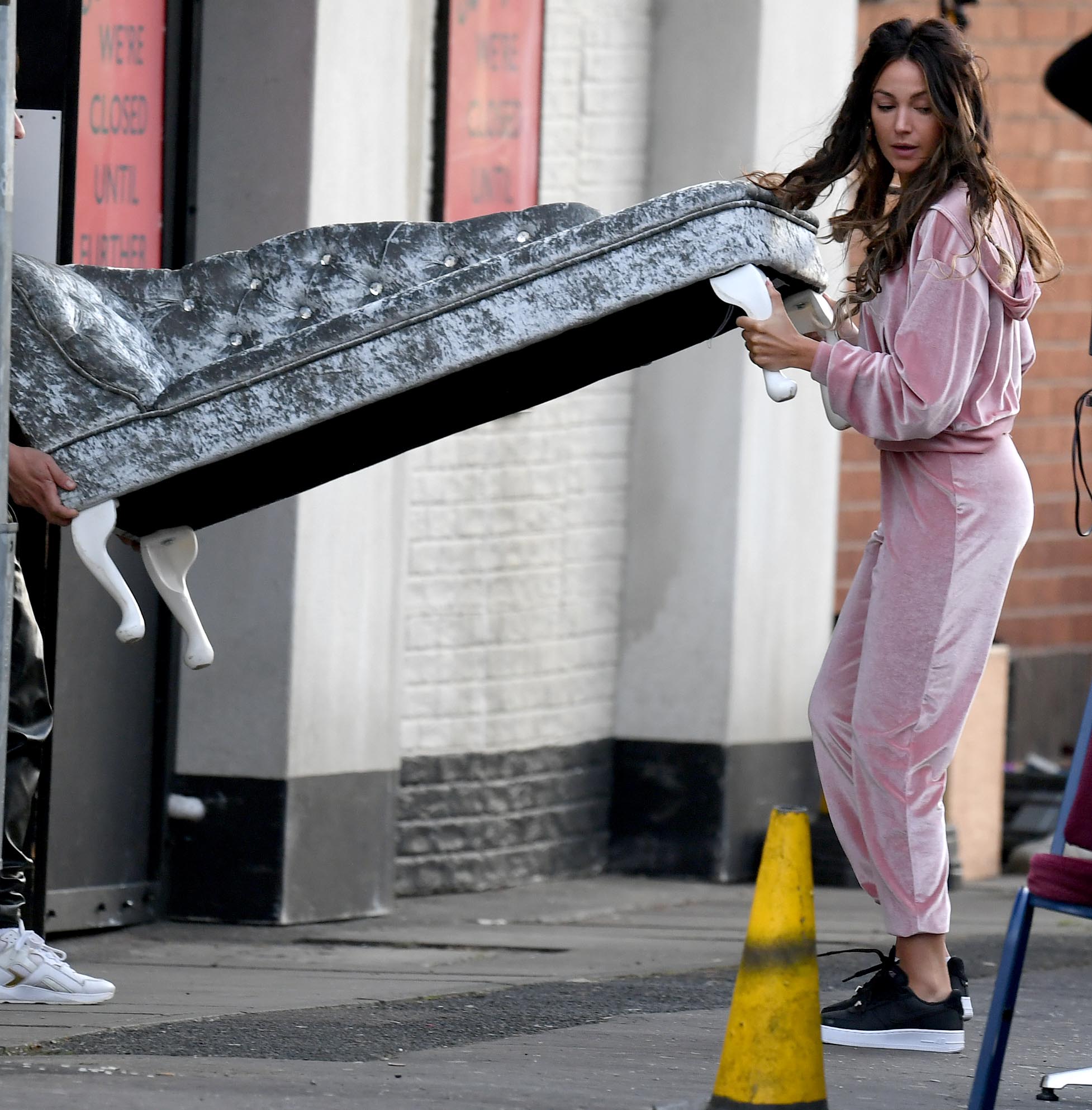 She rocked a high waisted pink velour tracksuit and matching zip-up hoodie as she rejoined the Brassic cast after an on-set Covid scare.

Michelle completed the look with a cropped denim vest and wore her brunette hair in a half up-half down look, with single plaits down the side.

The former Coronation Street star was seen helping to carry a silver velvet chaise lounge alongside co-star Ryan Sampson, who plays Tommo on the Sky dramedy.

Other Brassic stars including its creator Joe Gilgun who plays Vinnie and Tom Hanson (Cardi) were also seen carrying ornate objects in the scene.

It appeared as they the crew were looting local strip club, The Rat & Cutter, of its interiors.

Filming on Brassic ground to a halt earlier this month as all the cast and crew – including Michelle -underwent testing before shooting could commence again after a crew member tested positive for Covid.

A source said: “A crew member tested positive yesterday, which meant everyone had to get tested.

“The cast are all used to it now and will do what they can to make sure there isn’t too much disruption to filming.

“Fortunately this time they could get back to work very quickly, but it was yet another reminder of the risks.”

A spokesperson for Sky said, “The safety of our colleagues and customers remains our number one priority. Brassic production was paused briefly yesterday while we carried out precautionary testing. Production has now resumed."

Last September the cast and crew were all forced to isolate after someone tested positive and again at the start of the year.

Brassic is set to return to tellies in October this year, with fans anxiously waiting for season three after season two finished on a cliffhanger.

It ended with Vinnie and his gang trying to steal as much as they can from a wedding, but things don't go as planned.

As Vinnie is taken away by police he declared his feelings for Erin, and told her: "I know it's wrong, but you're the first thing in the morning, and you're the last thing at night."

Erin replied: "I just… I don't know how to tell you how much you mean to me."

Before he was taken away Erin whispered something in his ear, but fans will have to wait until series three to find out what.

Brassic has also been renewed for a fourth season. 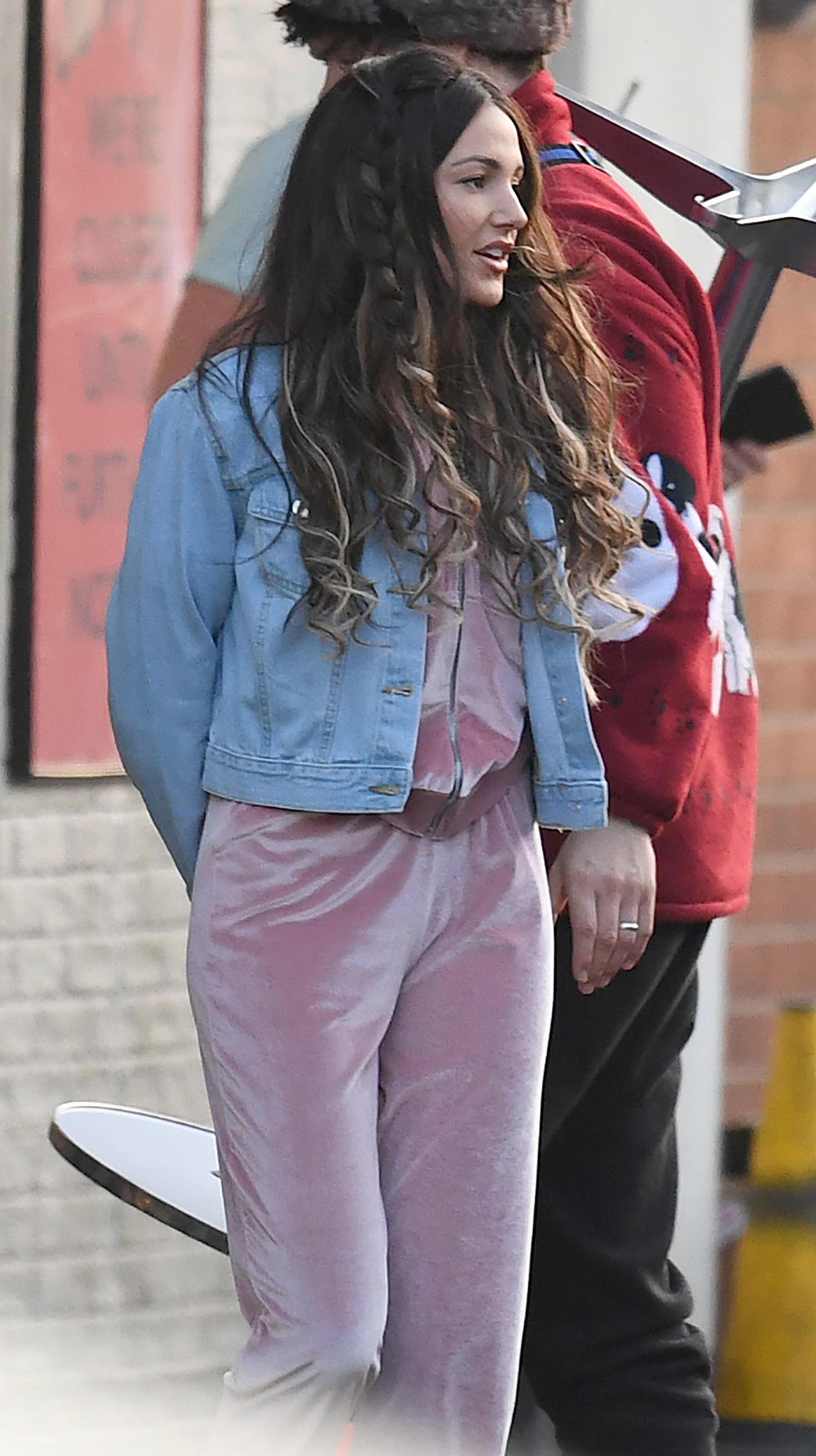 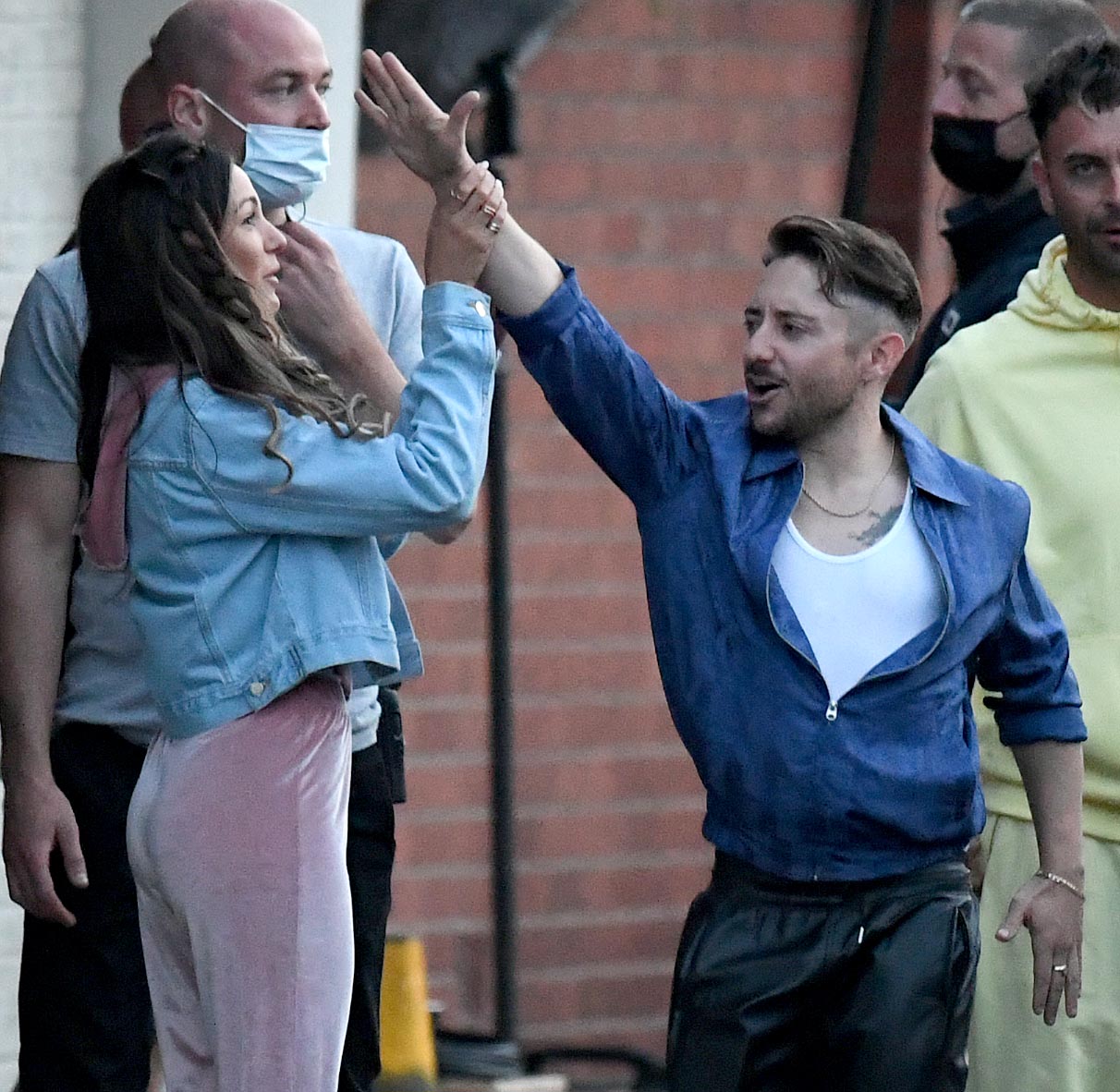