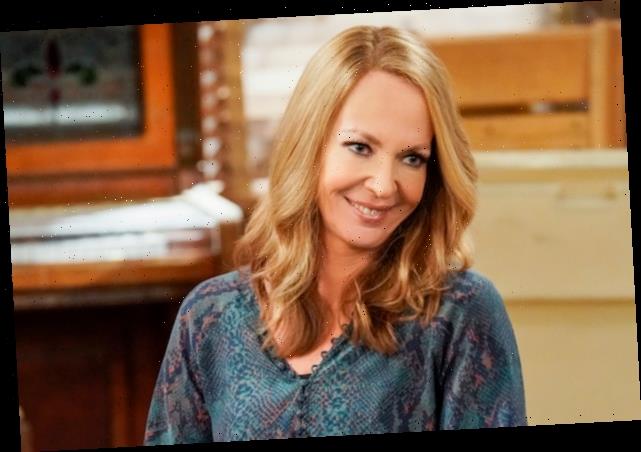 Bonnie Plunkett’s sobriety journey will have to continue off screen.

CBS has announced that the Allison Janney sitcom Mom will conclude at the end of its current eighth season. Its series finale is set for Thursday, May 6 at 9/8c.

“For the past eight years, we’ve had the great honor to bring these wonderful characters to life, sharing their struggles and triumphs with millions of viewers every week,” executive producers Chuck Lorre, Gemma Baker and Nick Bakay said in a statement. “From the beginning, we set out to tell stories about recovery from alcoholism and addiction that are rarely portrayed in a network comedy series. Whether it was the emotional reactions of the live audience on tape night inside Stage 20, or discussions at The White House regarding the opioid crisis, or the personal stories we continue to receive on social media, we take great pride in knowing Mom has positively impacted so many lives. We are forever grateful to our brilliant cast and guest stars, wonderful writers, and amazing crew for going on this journey with us.”

Season-to-date, Mom is averaging 5.1 million total viewers and just over a 0.6 demo rating (in Live+Same Day numbers) — right on par with its Season 7 averages and ranking fourth among all CBS sitcoms in both measures (behind Young Sheldon and the recently renewed The Neighborhood and Bob Hearts Abishola).

Mom‘s eighth season marked the first (and now only) season without original series co-lead Anna Faris, who played Janney’s on-screen daughter Christy. When it was revealed that she was leaving last September, Faris released a statement which in part read, “The past seven years on Mom have been some of the most fulfilling and rewarding of my career. I’m so thankful to Chuck [Lorre], the writers, and my amazing castmates for creating a truly wonderful work experience.”

In the wake of Faris’ departure, Christy was shipped off to Georgetown Law School, in Washington D.C., on a full scholarship.

Mom has evolved into a drastically different show than the one that premiered in 2013. The multi-cam originally centered on Christy’s life as newly sober single mom as she tried to raise a pregnant teenage daughter, Violet (Sadie Calvano), and a son, Roscoe (Spencer Daniels), with the help of her previously estranged mother Bonnie (Janney). The show eventually shifted focus away from Christy’s kids (who were written out of the show entirely) and toward Christy and Bonnie’s AA group — which consists of Marjorie (Mimi Kennedy), Jill (Jaime Pressly), Wendy (Beth Hall) and Tammy (Kristen Johnston) — and Bonnie’s relationship with eventual husband Adam (William Fichtner). Janney is the last remaining series regular from Season 1.

TVLine’s Broadcast Renewal Scorecard has been updated to reflect Mom‘s end date. Are you sad to see it go?