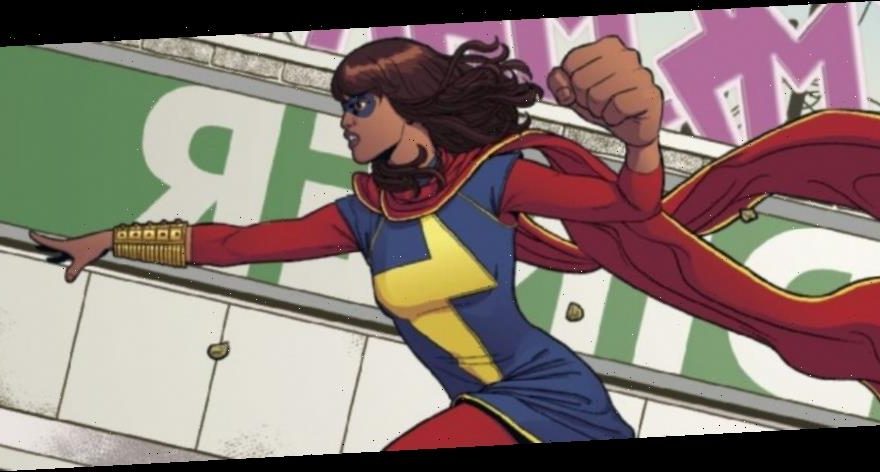 After a lengthy search, Disney has found its Ms. Marvel.

Iman Vellani, an unknown actress with no credits to her name, has been cast as Kamala Khan, a Pakistani-American teenager who has the ability to grow her limbs to huge sizes. Khan was the first Muslim character to get her own regular Marvel Comics title, and she’s become a fan-favorite.


Deadline reports that rookie actress Iman Vellani has scored the highly-anticipated role of Kamala Khan, AKA Ms. Marvel, in the upcoming Disney+ TV series focused on the character. She’ll not only appear in this show, but according to Marvel’s Chief Creative Officer Kevin Feige, Vellani will also reprise the role in future movies that take place in the Marvel Cinematic Universe. The same thing goes for Tatiana Maslany, who was recently cast as the lead in the Disney+ series She-Hulk, and whoever is eventually cast as Moon Knight, the other Marvel show that’s been announced and is destined for Disney+.

Earlier this month, Marvel hired a slew of directors for this Ms. Marvel show. Among them are Adil El Arbi and Bilall Fallah, the two filmmakers behind Bad Boys For Life; two-time Oscar winner Sharmeen Obaid-Chinoy; and Meera Menon, who previously wrote episodes of Marvel’s The Punisher.

There have been several iterations of Ms. Marvel since her debut in the pages of Marvel Comics in 1976. In fact, that mantle was once held by Carol Danvers, the woman who would eventually become Captain Marvel (Brie Larson plays her in the MCU). The most recent iteration of the character has proven to be a big hit with fans, not only because of the representation angle marking the first time a Muslim character got a regular title at Marvel, but because Kamala Khan is a fangirl herself and frequently geeks out in the company of fellow superheroes. She’s very much like Tom Holland’s Peter Parker in that way, and I’m looking forward to seeing Iman Vellani jump onto the world stage in this role and then presumably share the screen with Holland at some point. You can learn more about the actress and see a photo of her here.

A significant part of Kamala’s story on the page revolves around living in New Jersey as a Pakistani American with a religious family and trying to navigate her way through life in the United States, which is territory that’s only recently been normalized in mainstream American television in shows like Hulu’s Ramy and Netflix’s Never Have I Ever.

Ms. Marvel also pops up in the new Avengers video game; this should give you an idea of what type of character she is: