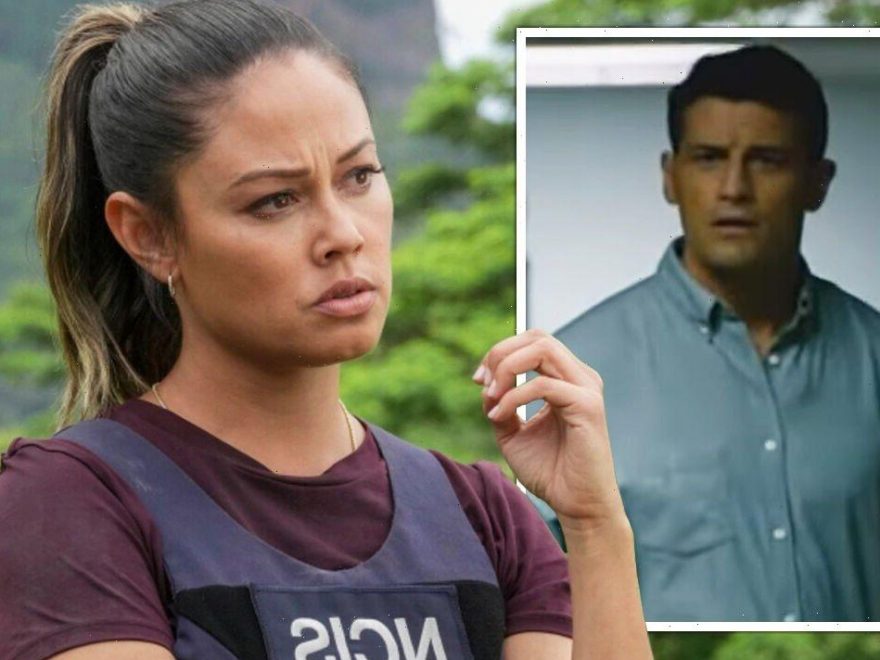 NCIS: Hawai'i trailer for part one of season finale

Special Agent in Charge Jane Tennant (played by Vanessa Lachey) may be getting double-crossed in the next exhilarating episode of the popular NCIS spin-off. After NCIS: Hawaii launched the first female lead agent on CBS less than a year ago, could the team already have to start looking for a replacement?

Jane and her partner Jesse Boone (Noah Mills) appear to be getting apprehended in the shocking teaser for next week’s episode of NCIS: Hawaii.

At the end of a heart-racing debut season for the NCIS spin-off, episode 21, Switchback, will kick off a two-part finale with a potentially game-changing development for the task force.

After confiding with her son about her next mission, Jane leaps into action to sustain a takeover on a public bus.

Later, her team watches on as Jane and Jesse take part in a covert prisoner exchange.

“I don’t like it,” Alex Tarrant (Kai Holman) admits, and it seems his concerns are justified.

As they walk through a hotel, the agents are stopped in their tracks by four heavyweight officers.

Once in custody, Jane is shocked to see a familiar face could have been behind the unexpected betrayal.

Despite going on a date together earlier in the season, Captain Joe Milius (Enver Gjokaj) appears to be behind the shocking move against the NCIS superiors.

In the new teaser, Jane is crestfallen as Joe emerges from the shadows, exclaiming: “Joe?”

However, as her love interest appears equally shocked, there could be another sinister plot at play.

The synopsis for the upcoming episode reads: “Captain Milius returns to Hawaii for a secret prisoner exchange operation, and brings in Jane to be his personal security escort in the Philippines, where the exchange will take place.”

As Jane isn’t currently under investigation, there shouldn’t be any reason why she and her second-in-command are ambushed so ruthlessly.

Perhaps there’s some foul play at work here, and someone has planted evidence against Jane and Jesse to leave the remaining agents vulnerable to attack.

Thankfully, the logline for the next episode, Ohana, confirms Joe and Jane are once again on good terms after what could have been a misunderstanding during the exchange.

It reads: “Captain Milius continues to work with Tennant and her team in the aftermath of the prisoner exchange between US and Eastern Europe.

“Whistler takes Ernie’s advice and makes a grand gesture in hopes of winning back Lucy.”

Some fans may be more concerned with the impending romantic developments between Lucy Tara (Yasmine al-Bustami) and Kate Whistler (Tori Anderson), but it may have to take a backseat while Jane handles her latest mission.

One explanation for Jane’s arrest could be a mishap during the exchange itself, which could result in the prisoner’s escape without the NCIS’ knowledge.

With a dangerous criminal on the loose, Joe may be left with no choice but to bring Jane and Jesse in by force to help track them down.

NCIS: Hawaii season 1 continues Monday, May 16 on CBS in the USA. A UK release date is yet to be announced.