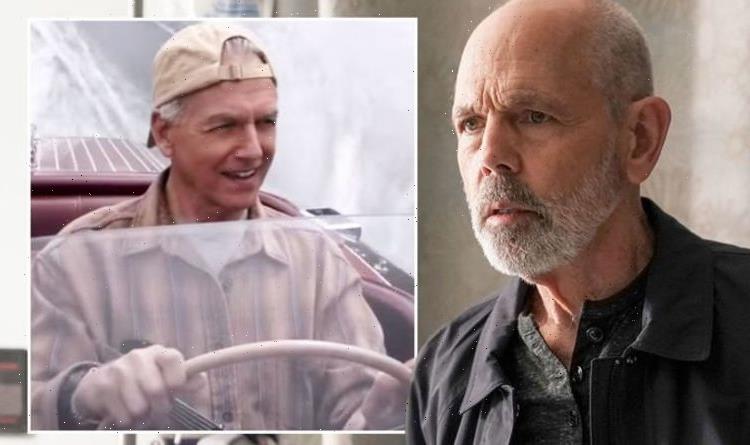 The season 18 finale of NCIS left a number of burning questions among CBS viewers – not least what now lies ahead for Gibbs (played by Mark Harmon). The last viewers saw of him, Gibbs was lying lifeless in a lake following the explosion of his newly built boat, only to stride away seconds later before the screen cut to black. Now, with Fornell (Joe Spano) confirmed to return, could he be in on the whole thing? There are plenty of clues.

Gibbs faced a rather tumultuous time in the 18th season of NCIS, being suspended for attacking a suspect and beginning a rather dysfunctional friendship with journalist Marcie Warren (Pam Dawber).

But in the finale, it appeared Gibbs was wise to the fact someone may be after him but it didn’t stop him from taking his new boat out of his basement – somehow – and going on the hunt for fresh clues.

In the final moments of the season, Gibbs was shown cruising down a lake in his boat with Pam’s words ringing in his ears as she’d guided him towards a location that could help with a mysterious murder case.

Before he could get there, however, his boat exploded, flinging the show’s leading man overboard and leaving the vessel in flames.

Gibbs laid lifeless in the water for a few seconds before he abruptly swam away – leaving his future shrouded in mystery.

Heading into season 19, there are a number of theories circulating among the fandom as to exactly what happened, who caused the explosion and why.

But one of the most popular theories is that Gibbs orchestrated the whole thing in order to fake his own death.

There are plenty of clues to support the theory, from reports Harmon will be taking on a more limited role in the next season to Fornell’s confirmed return.

After all, showrunner Steven D Binder confirmed Gibbs’ old pal would definitely be returning in season 19 of the CBS drama.

On Twitter, he responded to one fan’s query about the new series: “How about this? I am pleased as punch to confirm for you that Fornell will be appearing soon. #joespanorocks.”

With Spano confirmed for a comeback, question marks currently surround exactly why he’ll return to the fray.

However, if Gibbs has faked his own death, who better to help him keep everything under wraps than his old pal?

The cover-up of Gibbs’ ‘death’ would not only explain Harmon’s limited role but would also provide the perfect opportunity for Fornell to be thrown right back into the thick of the action.

Given how long the pair have known one another and all the challenging times they’ve been through, Fornell seems like one – if not the only – person Gibbs would entrust with such a secret.

Plus, Fornell’s experience and know-how would undoubtedly come in handy to help keep Gibbs out of the picture for as long as possible and help dampen any suspicion.

It’s not unlikely, therefore, Gibbs filled in his old pal with his plans and Fornell will return to help him from the wreckage and to somewhere out of harm’s way.

However, there are a few other theories that could explain the explosion and Fornell’s return.

If Marcie were behind the explosion for example, perhaps Fornell will be returning to search for answers from the journalist – unaware Gibbs has faked his demise.

Or could it be another culprit altogether, with Fornell returning to try and get to the bottom of what happened to Gibbs?

Whatever happens, fans will undoubtedly be overjoyed to see the series stalwart return to action.

NCIS season 19 premieres on CBS on Monday, September 20 in the USA. A UK release date is yet to be announced.