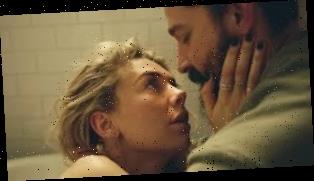 Netflix has closed a worldwide rights deal for the Kornél Mundruczó-directed drama Pieces Of A Woman. The film made its World Premiere at Venice and its Toronto premiere comes today at the TIFF Bell Lightbox. This is the second big festival deal for Netflix, as yesterday it acquired worldwide rights to the Halle Berry-directed Bruised, and MMA drama she stars in that is being shown as an in progress cut at Toronto.

Kirby today was named winner of the Coppa Volpi for Best Actress.

Said Mundruczó: “As a European filmmaker, I couldn’t be more excited and appreciative of finding my home for this film with Netflix. Their taste in independent cinema feels like the United Artists of the 1970s. The true champions of filmmakers and original voices for today.”

When an unfathomable tragedy befalls a young mother (Kirby), she begins a year-long odyssey of mourning that touches her husband (LaBeouf), her mother (Burstyn), and her midwife (Parker). Kata Wéber wrote the script. Martha is a tightly wound executive and Shawn a construction worker with a volatile past. They have found love across a class divide and are eagerly expecting their first baby. But complications with a midwife (Parker) interrupt their planned home birth, sending the couple spiraling into tragedy in one shattering sequence. Martha’s initial response is her body is still telling her she is still pregnant. Shawn looks for someone to blame for their loss, his fury ramping up alongside his helplessness. Martha’s mother (Burstyn) introduces her own unhelpful expectations. Eventually, Martha realizes that her only means of survival is to forge her own path.

When Scorsese boarded as exec producer he told Deadline “It’s lucky to see a movie that takes you by surprise. It’s a privilege to help it find the wide audience it deserves. Pieces Of A Woman for me was a deep and uniquely moving experience. I was emotionally invested in it from the first scene, and the experience only intensified as I watched, spellbound by the filmmaking and the work of a splendid cast that includes my old colleague Ellen Burstyn. You feel as if you’ve been dropped into the vortex of a family crisis and moral conflict with all its nuances, drawn out with care and compassion but without judgement. Kornél Mundruczó has a fluid, immersive style with the camera that makes it hard to look away, and impossible not to care.”