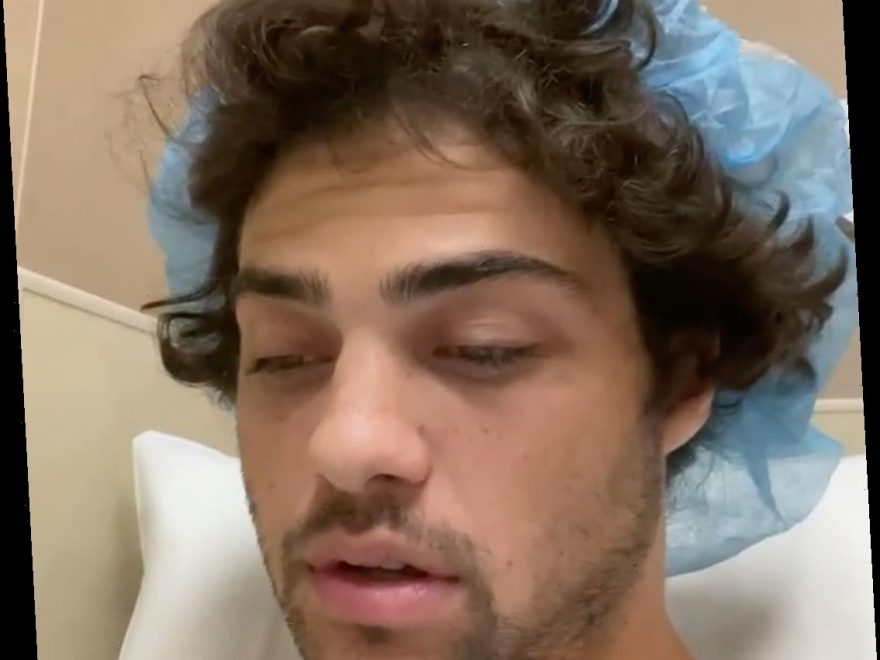 Noah Centineo will be eating loads of ice cream for the next couple of weeks.

On Sunday, The Perfect Date star revealed he had undergone surgery on Friday to have his tonsils removed after experiencing seven years of chronic tonsilitis and strep throat.

"Got my tonsils taken out 2 days ago. Goodbye chronic tonsillitis and strep throat," Centineo wrote on Instagram. "I hope you enjoyed your free stay for the last 7 years."

The 24-year-old actor included a series of photos and videos in his post. In one selfie he showed his inflamed white tonsils before the surgery, a sign on tonsillitis.

RELATED: Lara Jean Contemplates Her Future with Peter in First To All the Boys: Always and Forever Trailer

He also uploaded a video of himself taken right after the procedure, showing fans the back of his throat and saying, "Alright. Finished it."

Several fans sent their well wishes in the comments section. "Hope you feel much better soon 🙏🏽," one fan account wrote.

"Ahh that is the worst! Hope you have a quick recovery," another fan added.

Centineo's surgery comes just days after Netflix released the first trailer for To All The Boys: Always and Forever, the third movie in the popular rom-com franchise. In the first look, Lara Jean (Lana Candor) must figure out what the future of her and Peter's (Centineo) relationship looks like now that he got accepted to Stanford in California and she didn't. To complicate things even more, Lara Jean seems to be falling in love with New York City — 3,000 miles away.

"I could really see myself living there," she tells Peter in the trailer.

However, Lara Jean knows she can't base her future entirely around where her high school sweetheart will be attending college. "Will I look back in 20 years and wonder if I made the wrong choice?" she contemplates.

The upcoming To All The Boys film, which the cast filmed back-to-back with the second movie, marks the final installment in the franchise based on Jenny Han's young adult series.

To All The Boys: Always and Forever premieres February 12 on Netflix.