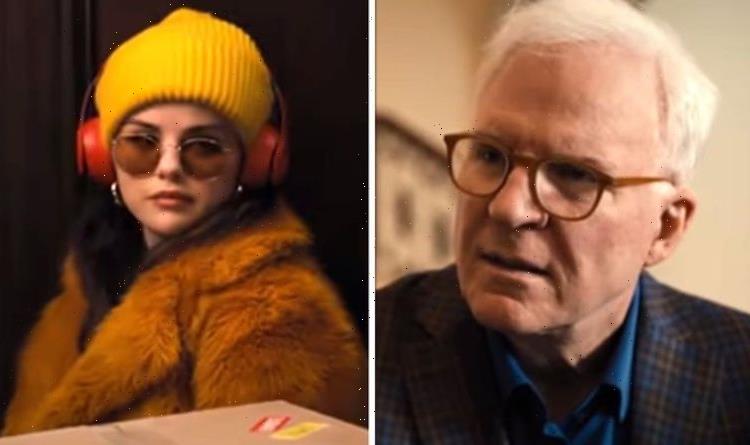 Only Murders in the Building: Disney+ releases series trailer

Only Murders in the Building has been created by Steve Martin and John Hoffman for Hulu and Disney Plus. The 10-episode series was filmed in December 2020 in New York City and critics have already given it stellar reviews. Express.co.uk has all you need to know about who is in the cast of the comedy-drama.

Who is in Only Murders in the Building?

Charles is an actor in the series who has the leading role in a long-running procedural.

He is forced to leave his apartment when the fire alarm sounds and comes across Oliver and Mabel.

The trio hear of a dead body in the building and they launch an unofficial investigation to find out what happened.

Charles is played by Steve Martin, a 76-year-old actor best known for his role in Cheaper by the Dozen.

The award-winning comedy actor also featured in Planes, Trains and Automobiles and Parenthood.

Oliver is a theatre director in the drama and he is sent off on the same adventure as Charles.

He is Charles’ neighbour in the block of apartments and they share an equal fascination with true crime.

Oliver is played by Martin Short, a 71-year-old actor, comedian and writer known for The Santa Clause films and Father of the Bride.

The New York Post praised the actor in his latest venture, saying: “Of the three main stars, it’s Short who shines the brightest.

“We already know he’s good in just about everything he does, and he comes through here by never turning Oliver into a parody, thanks in part to (Steve) Martin and Hoffman’s scripts but also by using his familiar facial and vocal tics and rubbery persona to good comedic effect (especially in a fantasy sequence that’s tied into the main plot).”

Mabel has a love of true crime podcasts and she comes across Charles and Oliver in the Arconia building.

She helps launch an amateur investigation after the body of a fellow resident is found.

Mabel is played by Selena Gomez, a 29-year-old actress and singer who is best known for her role in the Disney series Wizards of Waverly Place.

She went on to star in various films such as Another Cinderella Story and A Rainy Day in New York.

The star is also an executive producer, having worked on the Netflix hit – 13 Reasons Why.

Oscar is the son of the building’s supervisor who is returning to the swanky residence after years away.

He is likely to discover a surprise or two, in particular the mysterious dead body.

Oscar is played by Aaron Dominquez, a 27-year-old actor know has previously starred in Shaft and Pink Opaque.

He promoted his latest venture, Only Murders in the Building, on Instagram – saying: “Truth is I still have a hard time processing it all.

Recurring actors include Amy Ryan, Nathan Lane and Sting, who will feature as himself in the series.

A trailer has been released and it shows the main trio pondering over a detailed mind-map of suspects.

The other residents are informed that it was one of them who killed a man called Tim.

Mabel, Oliver and Charles proceed to break into Tim’s apartment and rifle through his belongings for evidence.

Commenting on the video, one fan said: “Perfect casting. Martin and Short attract the older crowd and those who just appreciate comedy. While the addition of Selena brings in the younger crowd. Something for everyone. Can’t wait for this. Looks hilarious.”

Only Murders in the Building airs on Hulu and Disney Plus on August 31.