The last ever series of Ozark is currently filming in Atlanta as fans ready themselves to see how Marty (played by Jason Bateman) and wife Wendy Byrde’s (Laura Linney) storyline concludes. The husband and wife money laundering duo have faced more than their fair share of opposition during the first three seasons of the Netflix drama, including the by-the-book FBI agent, Maya Miller (Jessica Frances Duke).

However, by the time Ozark season three had neared its end, Maya and Marty had struck up a rather dysfunctional bond.

As Marty tried to throw Maya off the scent of his illegal doings, he began to undermine her in front of her superiors by supplying highly sought after intel she’d turned down.

Maya wasn’t going to be bought by this intel Marty was providing, instead trying her best to convince him to serve time for his work for the Navarro Cartel and work for the FBI upon release.

And judging by a handful of behind the scenes content via her social media pages, it looks like Dukes’ character Maya is still well and truly in the thick of the action. 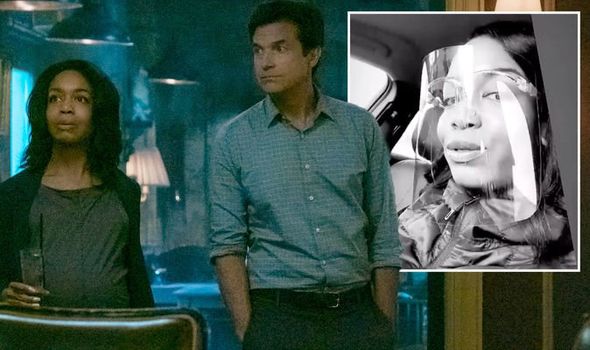 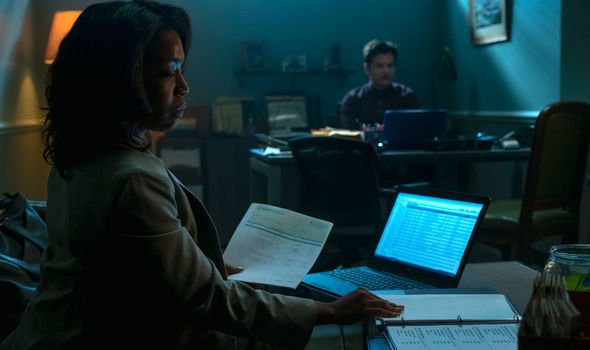 On April 28, Maya shared a short clip of herself in her Covid protective gear as she made her way to the Ozark set.

But she wasn’t done there as another short clip showed the Ozark crew prepare a scene in, what appears to be an abandoned airfield.

Unfortunately, with everyone on the set of the series wearing face coverings in between shots, it’s hard to work out who’s involved in the scene. 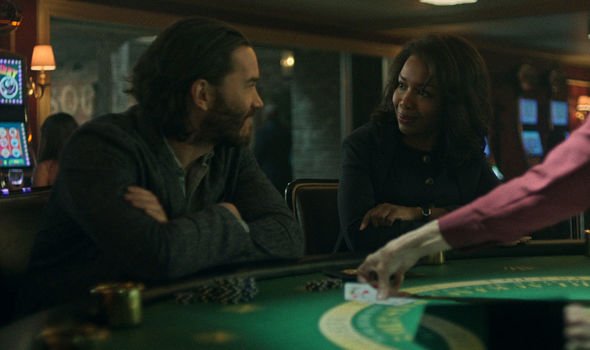 And it wasn’t just Dukes providing a sneak peek at some of the sets on display in Ozark’s final run.

On the same day, director Robin Wright, who’s new to the crew for season four, shared a snap from inside the Byrdes’ casino on Instagram.

She captioned the post: “#directing #ozark #duringcovid @ozark behind the scenes, or in front! #bts #casino.

Again, Robin wasn’t giving anything away as to who the crew were shooting inside the casino.

“We’re honoured to have you! Welcome to the family!” Kevin Johnson, who plays Sam Dermody, commented.

Jonah Byrde star Skylar Gaertner also replied: “Looking forward to meeting you tomorrow. And I know this crew is the best!!!”

But what lies ahead for Marty and Wendy and everyone else in the Ozark’s in the fourth and final run?

Well, with Helen Pierce (Janet McTeer) no longer in the picture, Omar Navarro (Felix Solis) now has the Byrdes cemented as one of his most valuable assets.

And with Darlene and Ruth teaming up with the Kansas City Mob, will they be able to best the Byrdes and Navarro Cartel once and for all?