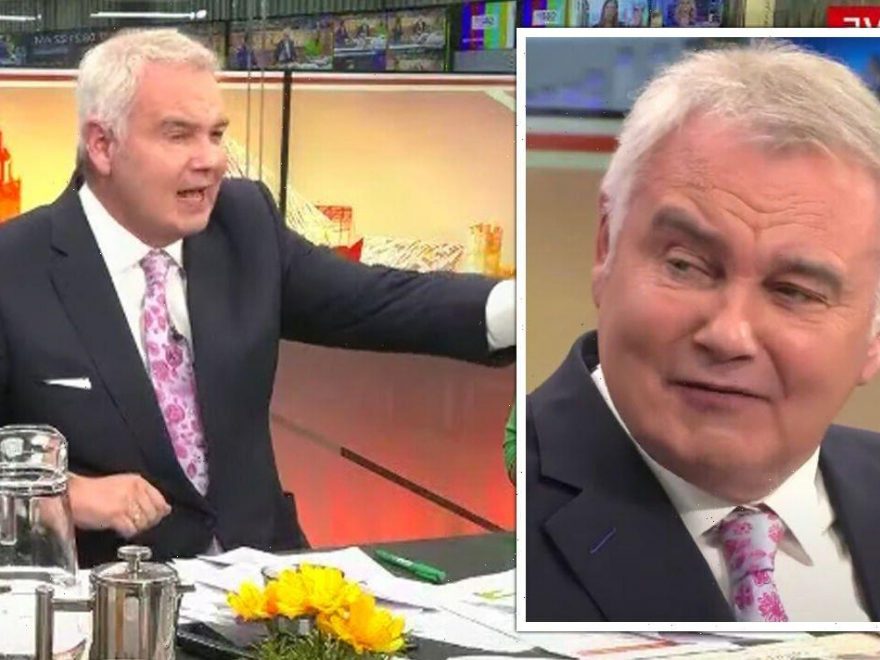 “Why are they tinkering around the edges?” Eamonn began. “This is so annoying!

“‘Right let’s get suggestions to save money but we’re not going to spend money here.’

“They’ve got loads. Any of us could walk in. I promise, I could walk into the treasury and say biff that, biff that and forget that.

“One of the things I’d biff at the top of the list is the foreign aid budget.

“Why are we giving aid to people around the world when people here need it?”

“That’s certainly a big argument and of course the government did cut the foreign aid budget a year ago because of the Covid pandemic,” GB News correspondent Tom Harwood said.

“However, the uproar that created in the media, on the opposition benches, and indeed on the Tory benches as well.”

As he searched for a camera to look down the lens at viewers, he continued: “I bet you it’s not causing uproar with you.

“People who are watching and listening at home, it’s not causing uproar with them.

“It’s causing uproar with every liberal, elite person in London or whatever and they are the ones who are listened to because they have the political lobby.

Isabel Webster cut in to remark: “There was that suggestion you could get your car MOT every other year but the suggestions from the AA was this could be dangerous, people couldn’t repair work done that was necessary.

“Talk about a rock and a hard place. Every suggestion they come out with, someone comes out wth a criticism.”

“But what you’re saying to people is every two years we’ll save you £70 or something,” Eamonn replied.

“What use is that to anybody. It’s pathetic. If you want to go the whole hog, say well let’s just forget doing MOTs or charging you for your passport or driving license.

“It really is patronising beyond belief. As you can see it makes my blood boil.”

Tom added: “Well, certainly, these are big debates that are happening around the cabinet table and reportedly quite heated debates at Cabinet.

“Of course cabinet has to be quite private. We’re not supposed to attribute to what specific people say beyond the official read out but clearly wide reports of big disagreements, not least between the argument on tax, which is the Chancellor’s big staple on that he needs to be Mr Fiscally Responsible.

“Other people around the table believe the way to get the debt down may be not in the short term but in the medium to long term is to cut those taxes down for ordinary people.”

Breakfast with Eamonn and Isabel airs weekdays on GB News from 6am.