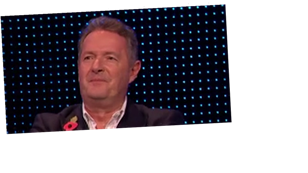 Piers Morgan branded Richard Arnold a "gutless snivelling little rat" after he chose the low offer on tonight's The Chase.

In the Good Morning Britain edition of the popular quiz show, it was Richard Arnold who was first to face The Beast, Mark Labbett.

Despite accumulating £7,000 in his cash builder round, the journalist decided to take the chaser's low offer of £2,000.

Piers was absolutely outraged with his co-star, saying: "You gutless snivelling little rat.

"Oh god what are you doing?"

While another wrote: "Is this Arnold fella for real?"

"Is he being thick on purpose?" wrote a third.