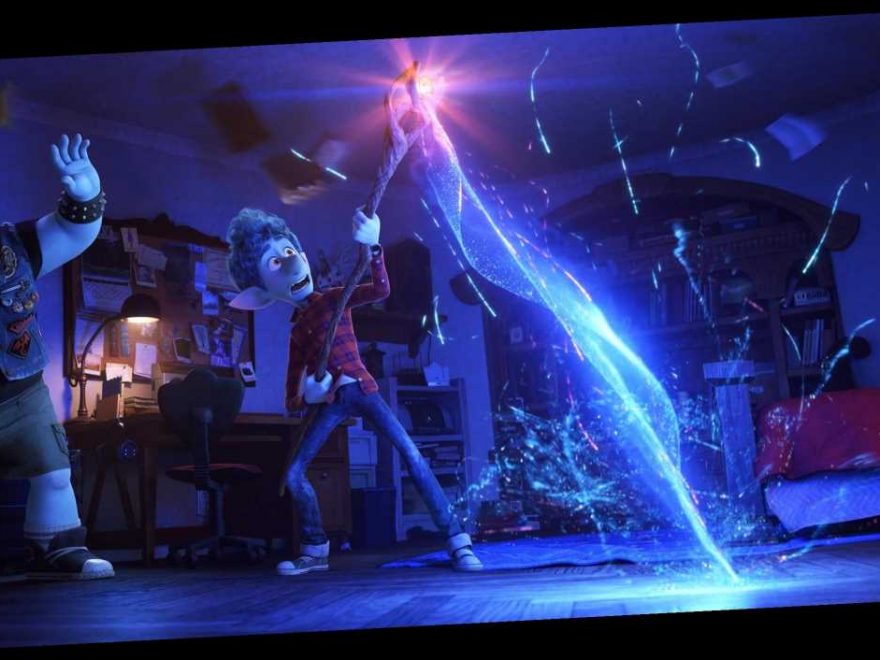 The new footage sheds more light on the poignant story at the heart of this fairy tale. Ian (Holland) and Barley Lightfoot (Pratt) live in a magical world that’s lost a lot of that pixie sparkle. It’s a world where unicorns exist, but they’re the equivalent of raccoons rummaging through your trash. Cyclopes star in their own exercise tapes, Manticores run family-style restaurants, and fairies, well, you don’t want to mess with fairies.

It’s at this era of modernization that Ian turns 16 and gets a posthumous gift from his dad, who passed away some time ago. It’s a magical wizard staff that can bring Mr. Lightfoot back to life for 24 hours, but something goes wrong and only half of him comes back. Like, from the waist down. So the brothers embark on a quest to fix the spell before what they have left of their dad vanishes.

The Onward trailer also introduces Octavia Spencer as the voice of the Manticore, whom the brothers visit to retrieve an ancient map. Julia Louis-Dreyfus voices Ian and Barley’s mom, Laurel.

Dan Scanlon of Monsters University directs Onward, which will hit theaters on March 6, 2020.