Aidan, 37, has played many roles during his career but it was portraying Ross Poldark in the BBC adaptation of The Poldark Novels did his fame shoot to new levels. What helped bring in a new fandom were promotional photographs in which the actor’s muscular body was on show and many viewers swooned over the heartthrob. However, the star of stage and screen has explained he got rather “frustrated” with the continuous discussion over the topless scenes and one image, in particular.

The image in question was featured in episode three of season one where Poldark is seen scything on the Cornish Coast.

Scything is a term used to describe someone reaping crops in fields of long grass but viewers were in awe of the actor’s physique, rather than what he was doing.

This was one of the first times in the drama, which consisted of five seasons, fans got to see the character topless.

In the latter two instalments, those watching at home were treated again but for the actor showing off his body, it wasn’t all fun and games.

“When we were doing Poldark, I think the exposure [of skin] was quite a lot,” Aidan said in reference to nudity being shown. 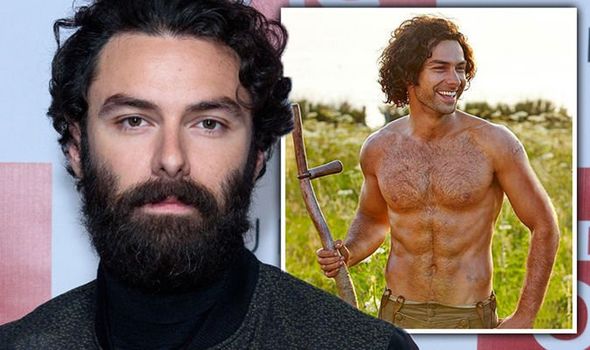 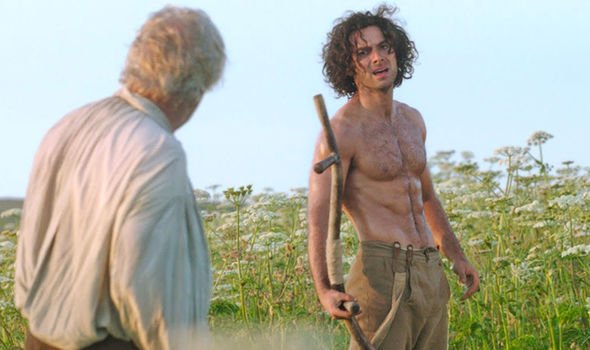 “We were proud of the show and it seemed like anything you’d read about it, there would be a certain photograph or talk about nudity,” he continued.

“It began to overshadow the show and that frustrated me. It just got boring,” Aidan told RadioTimes.com’s Big Interview.

Two years have passed since the last episode of the period drama aired and there is still some hope the programme will be back on screens in the future.

Writer Debbie Horsfield, who brought the novels to life, didn’t rule out the idea of penning more episodes as season five ended with the possibility of a return. 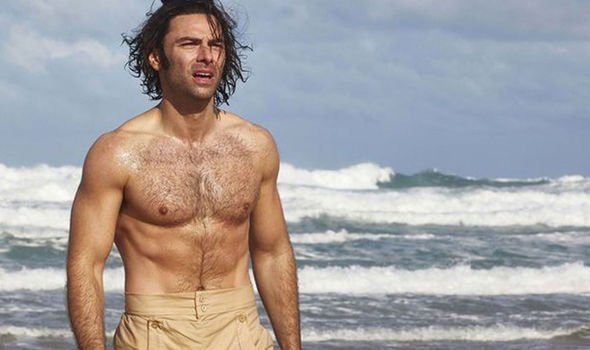 It just got boring

The scriptwriter explained: “Never say never. We’ve had an amazing run but there are five books left and who knows what could happen in a few years’ time?”

Though, Debbie also added any decision to see how Poldark’s future pans out is down to the broadcasting giant and production companies.

“The BBC would need to say that they wanted more and we’d take it from there,” the executive behind the show said.

“The relationship with the Winston Graham estate and with the BBC has been wonderful – I like to think they wouldn’t want anyone else to do it,” she told The Guardian. 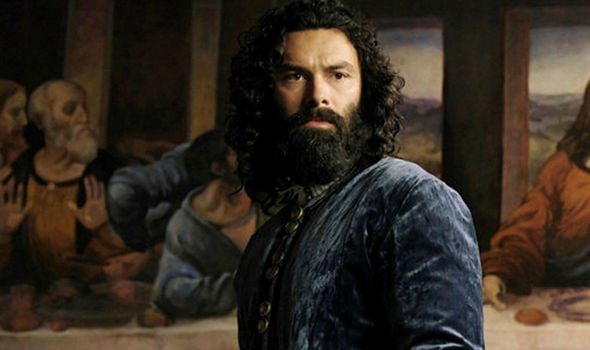 Taking to Twitter, fans have also been calling for the period drama, which also starred Eleanor Tomlinson, 28, as Poldark’s wife Demelza, to return.

One viewer wrote on the social media platform: “One year without #Poldark, we miss it and we need his return.”

Whilst a third commented: “My absolute favourite moment will be when [Poldark] returns for series 6 #Poldark #AidanTurner #EleanorTomlinson.”

However, even though Aidan might not be starring in Poldark for the foreseeable future, fans will be able to watch him in a new period drama.

Leonardo has begun streaming on Amazon Prime and depicts the life of the Italian Renaissance artist, Leonardo Di Vinci.

The eight-part series sees Aidan transform into a complex genius, with each episode focussing on a different painting.

It also explores his past and how the upbringing of his grandparents influenced the path he took as an adult.

Poldark is available to stream on Netflix.