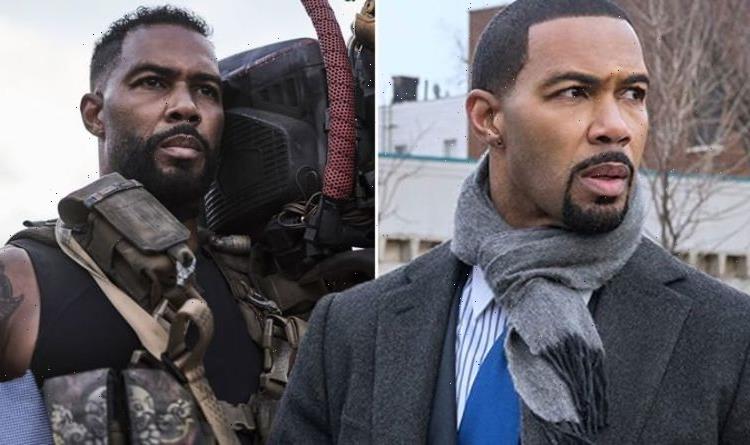 Omari Hardwick garnered quite the fanbase thanks to his portrayal of drug kingpin James ‘Ghost’ St Patrick in the hit Starz drama, Power. However, with the Power universe expanding through its spin-offs without the show’s leading man, Hardwick has gone on to land an action-packed role in Zack Snyder’s new zombie thriller Army of the Dead, which drops on Netflix on May 21. But following the release of the movie’s exhilarating trailer earlier this week, a number of eagle-eyed fans were distracted by a change to Hardwick’s appearance.

Hardwick was often seen suited and booted as he tackled the deadly and shady criminal landscape of New York’s drug scene throughout six seasons of Power.

In Army of the Dead, however, Hardwick has left the ties and cufflinks behind, showing off his ripped physique as he takes on an army of zombies as his character Vanderohe.

Throughout the promo for Netflix’s upcoming action-packed flick, Vaderohe is shown topless, unloading magazine after magazine of bullets into the reanimated enemies.

However, it isn’t the bone-crushing action or bulging muscles which has distracted a number of fans but rather a tattoo on the character’s chest which many believe is an Easter egg to another plot. 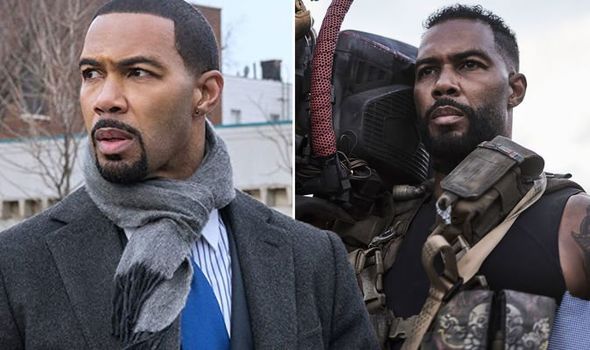 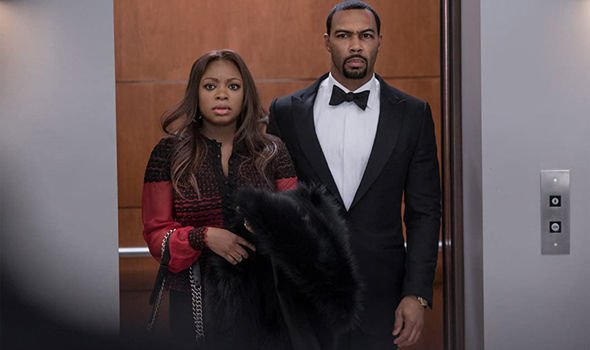 “So… did anyone else notice the Omega symbol on the chest of Omari Hardwick’s character or was it just me? #ArmyOfTheDead,” one eagle-eyed fan pointed out.

A second also weighed in: “Anyone see the Omega symbol on @OmariHardwick in the trailer for #ArmyOfTheDead?”

While a third added: “Omari Hardwick with Omega Tattoo. That’s it. That’s the tweet #ArmyOfTheDead.”

“Zack Snyder is a genius hiding messages in his images. Here we have the Omega symbol for #Darkseid in the trailer of #ArmyOfTheDead,” a fourth explained. 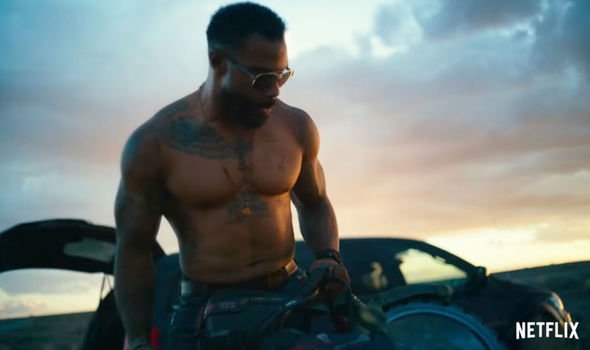 The introduction of this subtle feature on Hardwick’s appearance is a nod to the character of Darkseid from the DC Extended Universe.

Darkseid was originally cut from the universe by Joss Whedon but his impact was soon restored by Snyder who’s at the helm of Army of the Dead.

And in homage to the character, the Omega symbol has been planted on the former Power star’s chest.

However, there was still plenty of reaction to Hardwick’s impressive physique, resulting in several Power fans also joking they worked out what Ghost has been up to since Power.

“Ghost is giving us everything he’s got. #ArmyOfTheDead,” one fan joked in response to the trailer.

“I knew Ghost is alive #ArmyOfTheDead,” a third quipped, while a fourth added: “So this is what Ghost has been up to @OmariHardwick #ArmyOfTheDead.”

“Omari Hardwick gained 11 pounds of muscle in 4 weeks for his Army Of The Dead role. #ArmyOfTheDead,” a fifth weighed in.

Production had originally stopped over a year ago but due to scheduling complications caused by the Covid pandemic, is only now reaching screens.

The film will be released globally by Netflix as part of its original content slate for May.

Army of the Dead is available to stream on Netflix on May 21.
Power seasons 1-6 are available on Netflix UK now.