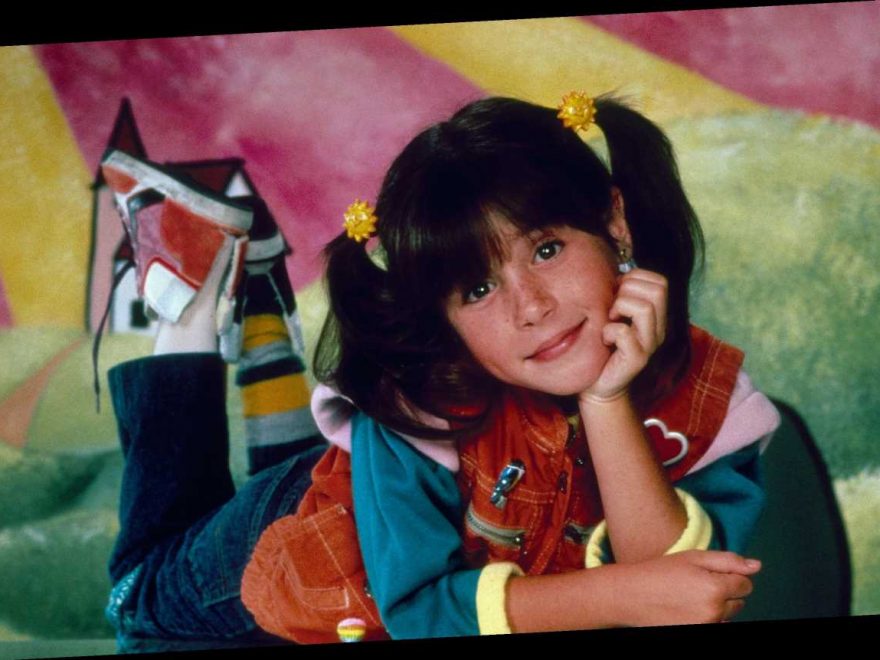 NBCUniversal announced Thursday that Eighties sitcom Punky Brewster is coming back (via streaming service Peacock) and a collective chill went down the backs of anyone who was actually alive to watch the original.

The premise of the show was pretty bleak, despite the title character’s spunky name: Eight-year-old Punky’s dad walks out on her family, causing her mother to leave her at a shopping center with her dog, Brandon. After wandering into an abandoned apartment, Punky comes upon the crotchety building manager, Henry Warnimont (George Gaynes), who eventually becomes her foster father. It was kind of like Annie — without all the singing.

According to Mental Floss’ extensive oral history, the show trended more toward the serious side because there was a Federal Communication Commission mandate that early-evening programming be either news-oriented or educational. Due to the gritty nature of the show (it featured tussles with child molesters and drugs), Punky became a guiding light for some kids in similar situations. Kids really came to connect with characters, sending her fan mail and asking for help and advice; producers always turned the letters over to the proper authorities.

Educational storylines aside, though, Punky Brewster was also famous for having some of the most traumatizing episodes of all time. First up, January 1986 episode “Cherie Lifesaver” — a.k.a. “The Fridge Episode” — in which Punky’s best friend Cherie almost dies inside an abandoned fridge while playing hide-and-seek.

The episode was meant to be a lesson on CPR, but it maybe overshot the mark when it came to nightmare scenarios. Legend has it that during taping, children in the audience lost their minds, yelling, “Oh, no! Get her out!” They weren’t the only ones. Eighties kids still get a collective chill when faced with the specter of an abandoned fridge. The podcast Night Call even devoted more of an episode to the fridge recently, in case you were wondering if we’re still shook.

Then, of course, there’s the most terrifying episode of TV of all time: “The Perils of Punky.” This two-part episode (too many horrors for 30 minutes) aired in October of 1985 and centered around a camping trip gone wrong: Punky and pals end up in a haunted cave. There are multiple Reddit threads devoted to the most terrifying aspects of this episode: a man named Mr. Pieces who, fittingly, is strewn around the cave in pieces; a giant spider that Punky kills with a tomahawk; oh, and that time when Punky’s friends turn into dancing skeletons with glowing eyes.

“So basically, you’re saying that I scarred an entire generation?” director Art Dielhenn told Yahoo in 2015. “I’m sorry! I wasn’t responsible — I was just taking orders.”

According to Today.com, Punky will get an official reboot via Peacock that features most of the old cast, including star Soleil Moon Frye, and it’s been picked up for 10 episodes. Punky is a single mother (her ex is Freddie Prinze Jr.!) who meets a child in the foster system who reminds her of a certain funky child. Cherie Johnston, who played Cherie, will also return. Here’s hoping she stays away from fridges.