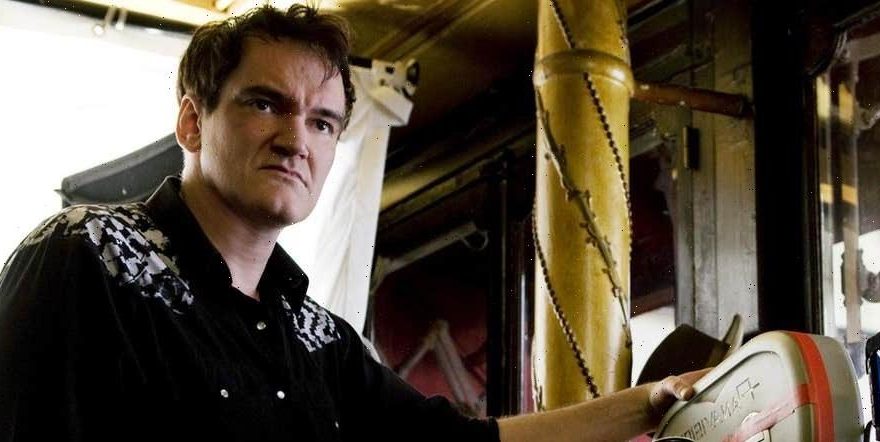 Quentin Tarantino is more than just a director and newly published novelist. The Pulp Fiction and Once Upon A Time…in Hollywood director is also a movie theater owner (twice over, in fact).

Tarantino has been making the podcast rounds to support his just-published novelization of Once Upon A Time…in Hollywood. During his conversation with Dax Shepard’s Armchair Expert, Tarantino shared the news that he bought the historic Vista Theatre in Los Angeles’ Los Feliz neighborhood.

The Vista isn’t the first vintage Los Angeles theater Tarantino owns. In 2007, he purchased the New Beverly Cinema on (you guessed it) Beverly Boulevard. Like the New Bev, the Vista will also only show film prints of movies. Unlike the New Bev, however, the Vista — which has one screen — will show new stuff, assuming the production companies make a film print version of their latest releases.

The Vista: The “Crown Jewel” of Theaters

The Vista Theatre first opened in 1923 and had vaudeville acts as well as movie screenings. Most recently, it has been a first-run theater showing just-released movies. On Armchair Expert, Tarantino described the Vista as “the crown jewel” of theaters. In his mind, that means his version of the Vista will show some older films, but only those popular enough to fill seats for several nights of viewings.

As a Los Angeles resident who has regularly frequented the New Bev and Vista theaters, I’m excited about this news. The movie theater industry took a big hit during the pandemic. For smaller, older theaters, that hit could have been a death knell. The Vista is a historic theater, and I’m glad Tarantino has ensured it’ll be around for the near future. Now someone just has to buy Sunset Boulevard’s Cinerama Dome — a theater showcased in Once Upon a Time…In Hollywood no less — and historical movie theaters will continue to survive in Los Angeles.

On the podcast, Tarantino also mentioned the Vista will likely reopen again around Christmastime. Given the delay, it’s likely they’re doing some renovations and upgrades to the place, similar to what the New Bev went through a few years ago. I can only hope that the Vista under Tarantino’s oversight will also have the same popcorn that the New Bev has, as it’s unarguably the best movie popcorn available in Los Angeles.

Those wanting to visit a Tarantino-owned theater sooner than Christmas can check out one of the classic films and/or Tarantino films showing at the newly reopened New Bev.