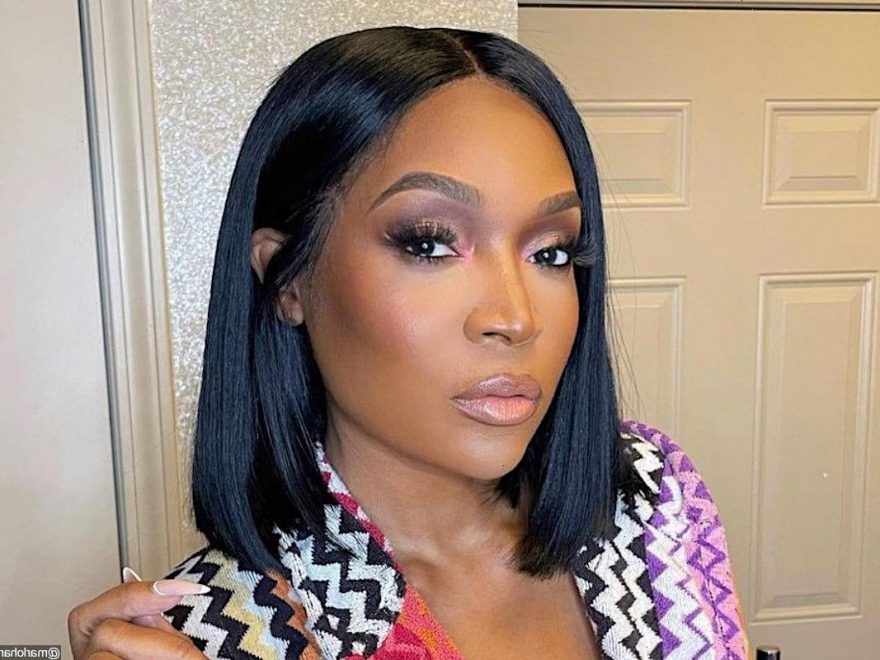 Marlo celebrates her full-time status on the show by hosting a high-fashion gala to introduce her business, Le’Archive, to Atlanta’s elite, but the ladies have a lot to complain about the event.

AceShowbiz -“The Real Housewives of Atlanta” returned for season 14 on Sunday, May 1. In the highly-anticipated season premiere, cast member Marlo Hampton came after the other Housewives after they bashed her event.

Marlo celebrated her full-time status on the show by hosting a high-fashion gala to introduce her business, Le’Archive, to Atlanta’s elite. The ladies, however, had a lot to complain about the event. They thought that Marlo should have hired models instead of just putting the outfits on mannequins.

That wasn’t the only thing that the ladies were disappointed with from the event. They criticized Marlo for the absence of a sit-down dinner. After returning Housewife Sheree Whitfield told her what the ladies said about her event, Marlo was understandably upset, especially with Kenya Moore.

“You know Kenya, I love her to death, but she’s not gonna be nice, she’s not gonna support, and nothing I do is she ever gonna compliment,” Marlo told Sheree and and newcomer Sanya Richard-Ross. She also said that Kenya “needs some attention” and that she is a “has been.”

She decided to confront them. She dissed the “french roll” in Drew Sidora‘s hair in addition to making fun of Drew for not being as rich as Kandi Burruss and Kenya. She also blasted Kandi and Kenya for not being more respectful.

“I don’t know what the f**k you f**king said that I am,” Marlo yelled. When Kenya asked why she’s swearing, Marlon replied, “Because I’m pissed, and I’m disappointed, and I’m hurt. Every time I have a f**king event, you are the one to talk about it!”

Still, some of the ladies further grilled Marlo with questions about the purpose of the event. Not happy, Marlo told them, “Continue to sit here, and relax, and hate, and do what y’all do ladies,” before storming off.

In the premiere episode, Sheree also detailed her relationship with boyfriend Tyrone. She claimed that she’s “practicing abstinence” with her boyfriend after he was out of jail to see if he didn’t change. Kenya, meanwhile, revealed that she and Marc Daly are still not divorced yet.