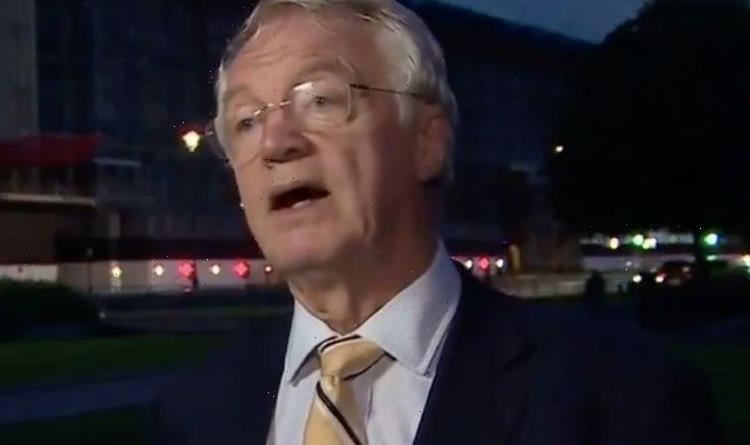 Conservative MP David Davis has warned of a rise in the cost of living crisis and urged Rishi Sunak to “think hard” about ordinary families’ take home pay amid increases in inflation, energy and national insurance. The cost of gas for suppliers has increased by 250% since the start of the year, leaving millions of householders with more energy bills to pay.

Speaking to BBC Newsnight, Mr Davis said: “From the point of view of what you might think of as the new Tory voter.

“The plumber, the bricklayer, the lorry driver.

“For them, there’s going to be. Or there is a risk of being a cost of living crisis.”

He continued: “If I were advising Rishi Sunak, I would be saying to him ‘you think hard about the ordinary families take home pay’.

“And what they have to buy with it, because that will be a dictator of how people feel going into the new year.

Homeowners are facing a large rise in energy bills next month due to the rise in the price energy suppliers pay for gas-up 250% this year.

This means about 15 million households in England, Wales and Scotland face a 12% rise in their energy bills from October.

Wholesale energy prices have climbed to 11 times above normal levels.

This puts pressure on suppliers as they cannot pass on the increase in wholesale gas prices to customers.

High demand for liquefied natural gas from Asia and a drop in supplies from Russia have contributed to the price rise.

Despite the crisis in the energy market, the government says the UK “benefits from having a diverse range of gas supply sources”

“There’s absolutely no question of the lights going out or people being unable to heat their homes.

“There’ll be no three-day working weeks or a throwback to the 1970s. Such thinking is alarmist, unhelpful and completely misguided.”