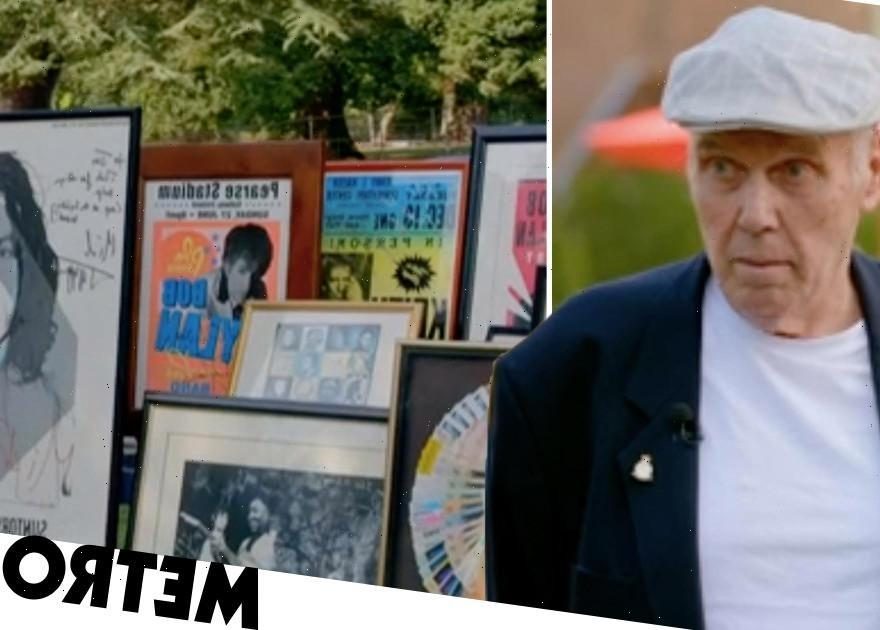 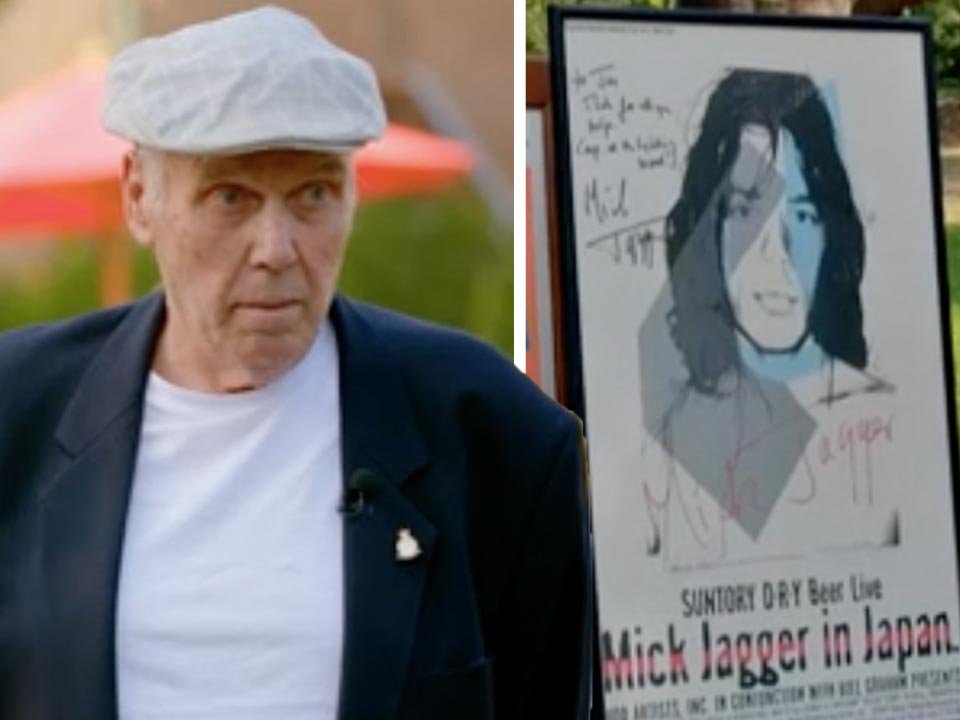 A man who worked as security for a swathe of rock and roll icons, including the Rolling Stones, showcased his impressive collection of signed posters on tonight’s Antiques Roadshow – and received a hefty £20k valuation in return.

Jim also worked for David Bowie, Led Zeppelin, the Monkees, Bob Dylan and the Who across his career in security, which also saw him running security for ‘the whole’ of the original Live Aid concert.

But as well as amassing an impressive collection of signed posters and prints, Jim also had some hair-raising tales to share.

After specifying the difference between working as security and not a bouncer – ‘they’re a different kind of people, I wouldn’t do that’ – Jim explained the backstory to the personalised message Mick Jagger had written him on one poster-sized image.

Sharing that the band was on tour in Japan at the time, Jim went on to say that Mick had ‘surprised’ him by telling him he wanted to get from the lighting board to the stage.

He continued: ‘So we carried him to the stage.

‘The crowd just wet barmy, they just went mad. He thought he was going to die.

Jim relayed how Mick and the Stones went on to finish the show, before coming out afterwards to thank him.

Specialist Jon Baddeley was particularly taken by a set of four Andy Warhol postcard-sized portraits of Mick, which Jim had had signed by both the singer and the artist.

Although Jon declared the postcards ‘not that rare’, he explained that them being signed and dedicated by both made them ‘very, very special’ and worth £3,500 – £5,000 as a set on their own.

Jim also revealed how he was ‘putting it all down’ in a book as he had so many memories from his career to share.

Antiques Roadshow airs Sundays at 7pm on BBC One.