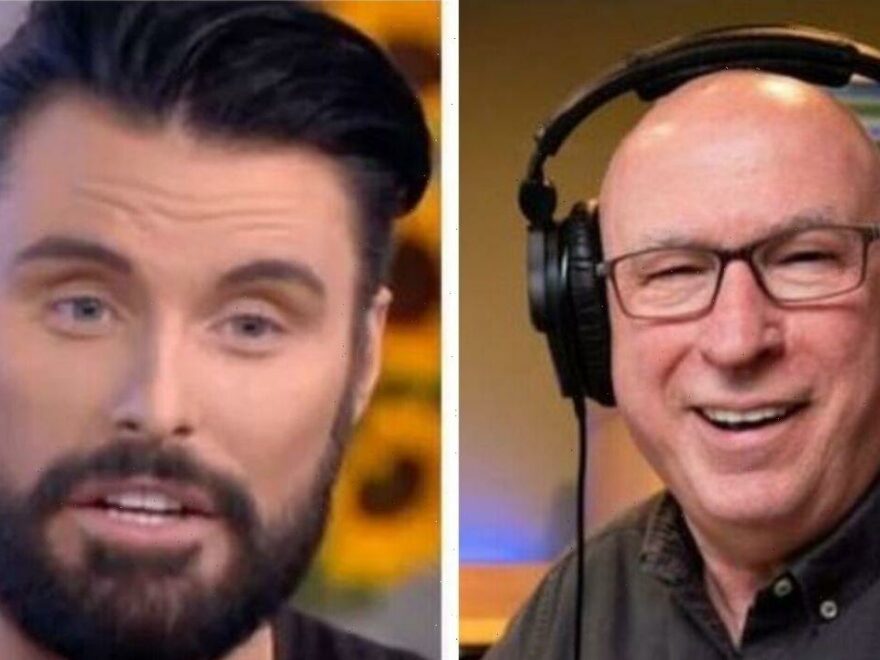 Reacting to the news Ken announced during his BBC Radio 2 show last week, Rylan Clark admitted he was “gutted” to be losing his co-star and described him as being “Radio 2”. Ken, 71, shared the news to stunned listeners on Tuesday, and the world of entertainment has been left shocked by his upcoming departure. As countless names have expressed their sadness at the announcement, Eurovision presenter Rylan has also commented on the exit.

Ken will now be switching to a 10am – 1pm show on Greatest Hits Radio, but Radio 2 fans remained disappointed as the staple host is set to leave a big mark.

Colleague Rylan explained his shock at the news as he talked about his career and the upcoming Eurovision Song Contest.

“To me, Ken is Radio 2,” the former X-Factor star explained.

“He’s just… he’s Ken Bruce! And for me, you know, Radio 2 Eurovision just is Ken Bruce.”

Speaking to Radio Times, the 34-year-old added: “It’s gutting that he’s leaving, but everyone comes to a decision at some point where sometimes you want to walk away from something you love.

“I do know that I’ll still be doing my show live from Eurovision like I always do on a Saturday afternoon, going, ‘Quick, there’s Conchita, grab ’er!'”

The Eurovision host and fanatic reflected on last year’s success for the UK as Sam Ryder came in second place.

“It just goes to show when you send a good song and a good act, that’s all people care about,” he remarked.

The news about Ken has come as a shock to all who worked with him, with Rylan among the latest to comment on the update.

Speaking on his Tuesday Radio 2 show, Ken revealed the news as he explained: “Nothing stays the same forever and I have decided the time is right for me to move on from Radio 2 when I reach the end of my current contract in March.

“It’s been a tremendously happy time for me: I’ve made many friends and worked with many wonderful colleagues.

“However I feel that after 45 years of full-time broadcasting on BBC Radio, it’s time for a change.

“I would stress that this is entirely my decision but some new opportunities have come up and I would like to continue my career in a slightly different way in the next few years, the details of which will be revealed shortly.

“I will always be very proud of my association with the BBC and Radio 2 in particular and I’d like to thank everyone who has helped to make the mid-morning show a success.”

Ken joined the BBC in 1977 as a BBC Radio Scotland presenter and later went on to gain a regular slot on Radio 2 in the Saturday Late Show in 1984.

In 1985, he moved to the Radio 2 Breakfast Show, taking over from broadcasting legend Terry Wogan.

Ken moved to the mid-morning shift in 1986 before a brief stint on late nights and early mornings.

He returned to mid-mornings in 1992 and has maintained an integral role ever since.

Last week saw his announcement sparking debates about ageism within the BBC, and Ken has insisted the decision was his own.

The full Rylan Clark interview will be available in this week’s Radio Times.