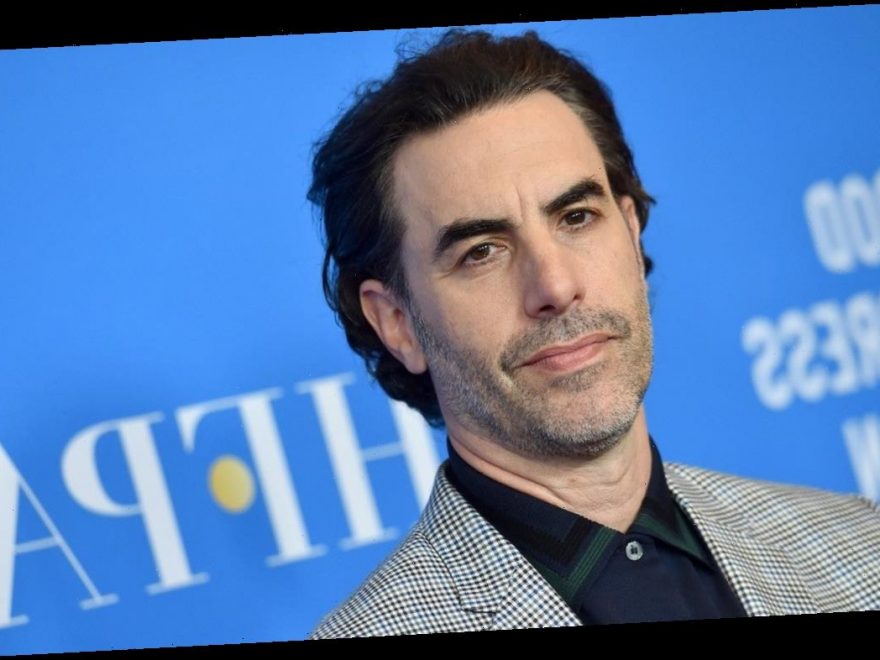 After Borat Subsequent Moviefilm, Sacha Baron Cohen is officially hanging up his gray suit and mankini. During a sit down with his Trial of the Chicago 7 co-stars Eddie Redmayne and Yahya Abdul-Mateen II, Cohen confirmed that he is done with disguise movies.

“Because it got too dangerous,” Cohen told ET’s Matt Cohen. “Chicago 7 had its own challenges. You know, you’re working with some of the best actors in the world — two of them in front of you here — but for Borat, there were a couple of times I had to put on a bulletproof vest to go and shoot a scene, and you don’t want to do that too many times in your life. I was pretty lucky to get out this time, so no, I’m not doing it again. I’m going to stay with the scripted stuff.”

“I don’t,” Cohen replied. “The night before something like that — that rally — you’re trying to go through everything that can go wrong. In a normal scene like what we’re doing, we’re trying to make sure, ‘How do I make sure my performance is real? Have I done my research? How do I make sure the accent’s perfect?’ In this one you’re going, ‘OK, if a bunch of guys with guns come from that side of the stage, have I got a way to get out? What happens if someone shoots me? What if a bunch of people start shooting me?'”

Borat Subsequent Moviefilm sees the actor, in disguise, to attend a far-right, anti-lockdown rally. To do so safely, the production built “an amplifier that was basically bomb proof,” Cohen says. “The idea was the bulletproof vest would be able to take a couple of bullets, but if a bunch of people started shooting, I would jump behind this kind of big speaker… Yeah, I don’t want to do it again. I got away with it. I’m not pushing my luck again.”

While the Borat sequelis garnering awards season recognition of its own, The Trial of the Chicago 7 ensemble and director Aaron Sorkin are this year’s receipts of the Palm Springs International Film Awards’ Vanguard Award, which distinguishes a film’s cast and director in recognition of their collective work on an exceptional film project.

“It’s a proper honor and it’s a proper honor because it was the most wonderful troop of actors to work with across the board,” Redmayne says. “And despite the seriousness of the subject matter we also had an extraordinary fun and kind of wondrous time making it.”

Abdul-Mateen adds, “It was a project that that kept me up late at night and got me up early in the morning for all of the right reasons. And to play in such amazing company to be telling an important story about an important slice of history, it just made the project all that much better.”

“These are the best actors in the world. It’s very intimidating for me to be next to them,” says Cohen. “We also relied on having Aaron Sorkin. He’s kind of the Shakespeare of modern cinema. Every line is absolutely perfect. Admittedly, I did try and change all of my lines and he very politely said no and then I gave up eventually… I’m really glad that it resonated with the audience around the world, and thank you to Aaron and my castmates.”

The Palm Springs International Film Awards will not take place as an in-person event this year, but ET will be exclusively sitting down with the winners and honoring the honorees on Entertainment Tonight on Feb. 25.