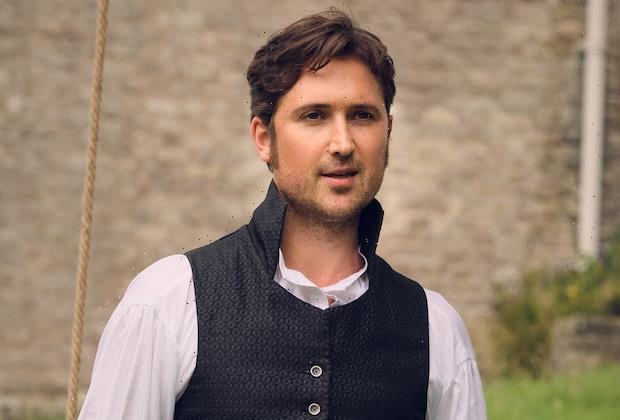 The chemistry between Charlotte and Alexander on PBS’ Sanditon was undeniable and would’ve been complete if the widower had proposed.

But instead of asking Charlotte for her hand in marriage in the Season 2 finale last Sunday, the widower fired her as his governess (and then tried to rehire her for the sake of his niece Augusta and daughter Leo). Heartbroken by Alexander’s refusal to acknowledge their fiery kisses and romantic connection, Charlotte turned down his reemployment offer and, two months later, agreed to marry Ralph, the farmer from her town.

Ben Lloyd-Hughes, who plays Alexander Colbourne on the Jane Austen-inspired series, said his character didn’t just break Charlotte’s heart, he broke his own.

“It is his Everest, to break out of his comfort zone in that way and show, for him, that vulnerability of what he thinks is laying his cards on the table,” Lloyd-Hughes recently told PBS.org. “What really spoke to me about Colbourne so much, is that he is a man of enormous integrity that permeates through him, often to his own detriment.”

Lloyd-Hughes added that Lennox’s hurtful words about his late wife Lucy only fueled Alexander’s existing doubts and fears about deserving love and giving it in return.

“What he thinks is the honorable decision is not necessarily the honorable decision for everyone else, because it’s all subjective,” the actor explained. “Sometimes [Alexander] can cut off his nose to spite his face and be so proud. What he thinks is honorable is actually upsetting both himself and other people, and no one is left happy. He needs to love himself and to feel like he is worthy of being loved, and that his love is also a gift to someone else, not a curse, which are both quite big things.”

What did you think of Alexander’s decision to leave Charlotte in a Sanditon love lurch? Are you hoping they can reunite in Season 3, before it’s too late? Drop your thoughts in the comments.