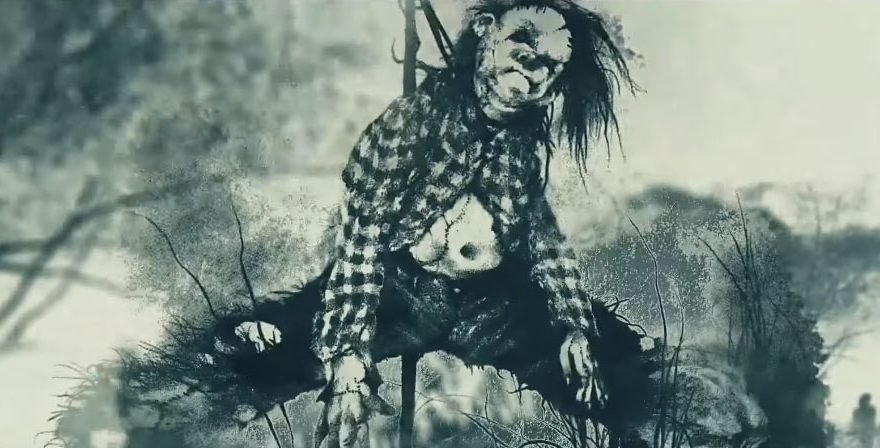 Even though Halloween is still over two months away, it’s never to early to get a jump start on some terror. This weekend brings the release of Scary Stories to Tell in the Dark, the adaptation of the popular collection of spooky tales written by by Alvin Schwartz and memorably illustrated by Stephen Gammell. The book’s legacy sets the bar high for a film adaptation, but a new Scary Stories to Tell in the Dark featurette and TV spot from the movie show us how the famed illustrations from the book are being brought to life.

Scary Stories to Tell in the Dark Featurette

First up, producer Guillermo del Toro sat down to discuss how the creation of the various ghosts, monsters, and other ghoulish frights from Scary Stories to Tell in the Dark were brought to life in a way that emulated their original appearance in the book’s illustrations intact as much as possible.

Drained of color, these entities were given a yellowish color along the lines of old parchment or nicotine stained teeth. The result certainly adds a creepy texture to them without departing from what made them so scary in their inky drawings. Furthermore, del Toro talks about how they each were lit differently to highlight their various features in different ways.

For a better look at how terrifying these terrors turned out in director André Øvredal‘s adaptation, this extended TV spot shows off plenty of them while sweeping through moving versions of the illustrations from the original book that morph into their live-action motion picture counterparts. It’s made all the more haunting by Lana Del Rey’s “Season of the Witch,” a new cover of the classic 1966 song by Donovan. It’s certainly better than the version done by Audiomachine (featuring MOLLY) used in the Maleficent sequel marketing.

It’s 1968 in America. Change is blowing in the wind…but seemingly far removed from the unrest in the cities is the small town of Mill Valley where for generations, the shadow of the Bellows family has loomed large. It is in their mansion on the edge of town that Sarah, a young girl with horrible secrets, turned her tortured life into a series of scary stories, written in a book that has transcended time—stories that have a way of becoming all too real for a group of teenagers who discover Sarah’s terrifying home.