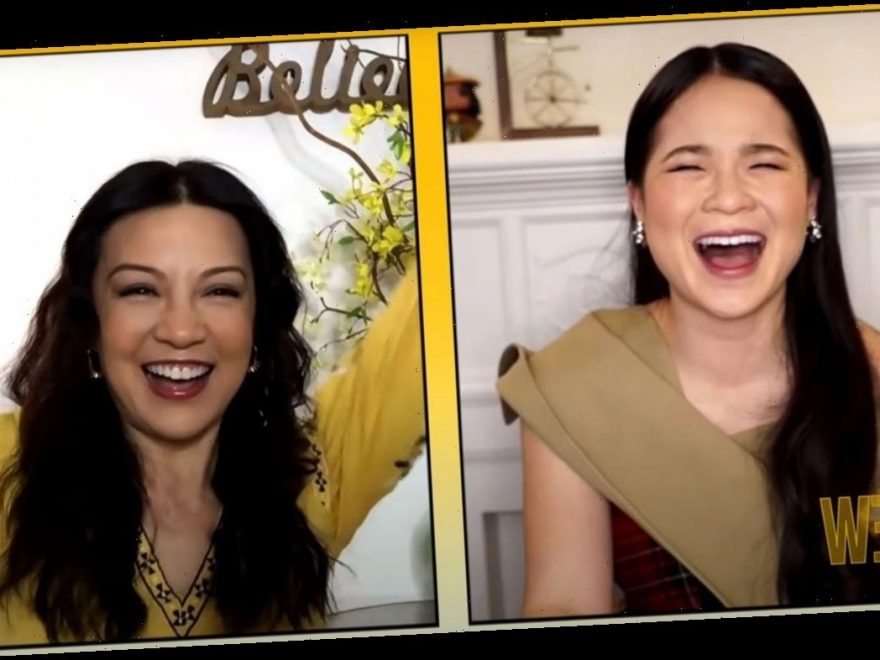 Now that’s how you pull off a big surprise! Kelly Marie Tran got a special, totally unexpected visit from one of her heroes while speaking with Drew Barrymore, and the moment was an absolute delight.

Tran appeared virtually on The Drew Barrymore Show on Thursday to talk about her new Disney animated epic Raya and the Last Dragon, and her groundbreaking role as the first Southeast Asian Disney princess.

The film has been compared by many to Disney’s 1998 animated classic Mulan, which Tran said was “such a huge part of my childhood.”

“I think I was 9 when that movie came out, and it was the first time I felt like I saw someone who looked at me living in these sort of spaces on that sort of scale,” Tran said, adding that actress Ming-Na Wen, who voiced the title character, has been “such an inspiration” in her life.

Tran said that Wen — whose iconic character in the classic film was a sort of warrior princess as well — has been “a symbol of all the things I want to be” throughout her career.

So, without missing a beat, Barrymore asked Wen to say hello, and the actress joined the virtual chat, leaving Tran overjoyed and speechless.

“I feel like I’m looking in a mirror at the younger me,” Wen said, smiling. “Because I followed Kelly’s footsteps and became part of the Star Wars family and now she’s following my footsteps in being a Disney princess. I feel like we have this whole mirror thing going on and I love it. I’m so proud of you.”

Tran has been a big part of the Star Wars universe, playing Rose Tico in Star Wars: Episode VIII — The Last Jedi, and Star Wars: Episode IX — The Rise of Skywalker. Meanwhile, Wen has had a recurring role as the intergalactic mercenary Fennec Shand in several episodes of The Mandalorian, the megahit Star Wars TV series on Disney+.

Wen even showed off her Rose Tico action figure and told Tran she really wants her to sign her doll.

The conversation was filled with love and praise, but also touched on a more sobering subject when Barrymore addressed the backlash on social media that Tran has experienced in the past by racist trolls who attacked her for her role in Star Wars, and the dramatic increase in anti-Asian violence that has rocked the country over the past year.

“I have a daughter who’s 20, and she’s going to college in New York, and as a mother it’s a great fear. It’s a constant fear,” Wen said. “It kind of boggles my mind a bit that it happens still.”

Wen, however, hopes that the powerful messages of Tran’s new animated fantasy adventure will help inspire compassion and foster positivity in a new generation.

“Your film, Raya — as Mulan has done — it crosses all barriers. It about finding the hero and the heroine in all of us. It’s about believing in yourself. It’s also about compassion and sharing the love to fight for humanity and fight for what’s right,” Wen said. “So all those messages are really, really important.”

Raya and the Last Dragon premieres Friday on Disney+.