In the 1990s, the “show about nothing” was everywhere. For much of its run, Seinfeld was the highest-rated comedy on television. Week after week, fans tuned in to see what shenanigans Jerry (Jerry Seinfeld), Elaine (Julia Louis-Dreyfus), George (Jason Alexander), and Kramer (Michael Richards) got themselves into. And some of the most acclaimed sitcom episodes ever came out of it. But will the cast ever reunite one more time? 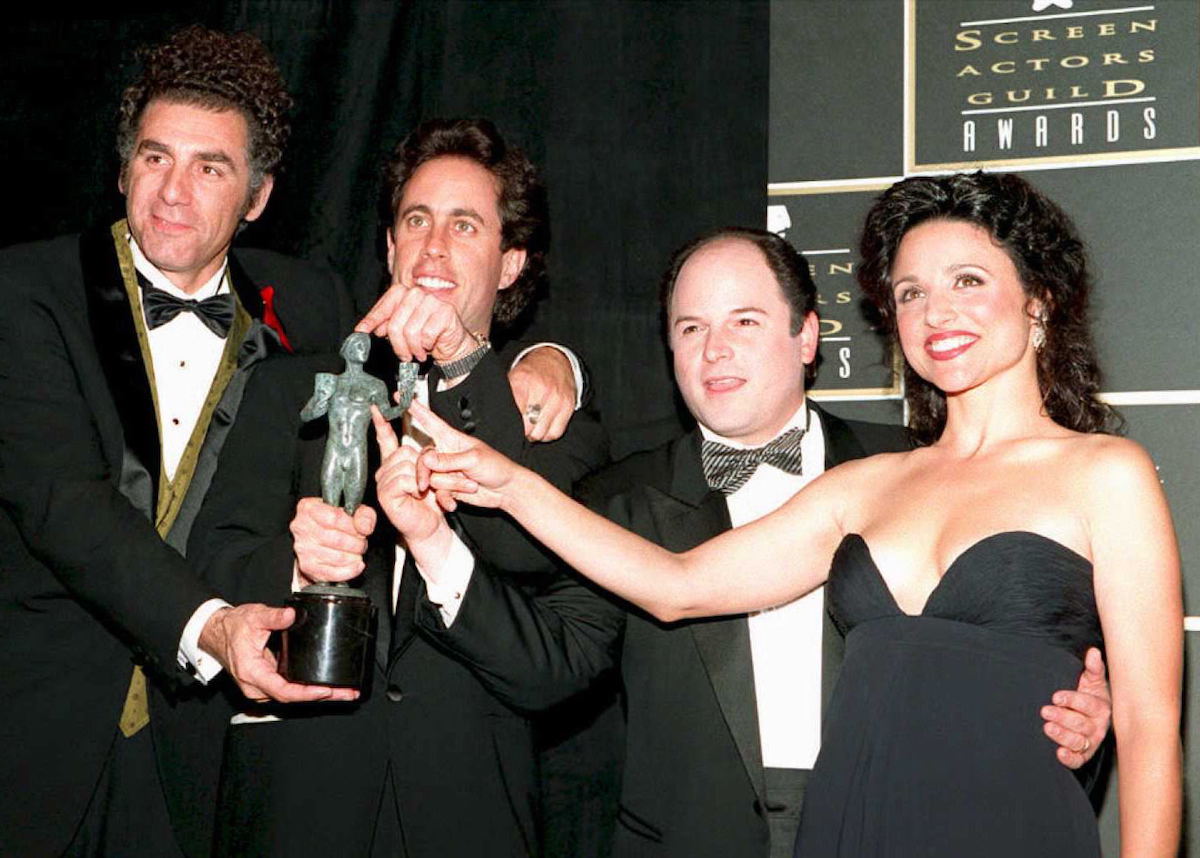 Fans didn’t like the ‘Seinfeld’ series finale back in 1998

After nine seasons, Seinfeld went out on top in 1998. Fans were eager to learn how the show would end. Ahead of the series finale, so many rumors and speculation surrounded the final episode. Would the series return to some ideas it had previously discarded or come up with something new and exciting? One thing was for sure: the Seinfeld finale was destined to top the ratings to become the most-watched of all time, right?

Actually, no. In the end, the final episode attracted 76.3 million viewers, becoming the fourth most-watched finale in TV history. And the Seinfeld finale didn’t reinvent the wheel for its curtain call. Instead, it trotted out countless guest stars and recurring characters for one last callback. After 180 episodes, Seinfeld ended by sending its four main characters to prison for quite literally being terrible people. And the fans largely hated it.

The trick of the Seinfeld finale perhaps is how viewers had gotten so used to the main characters’ selfish ways that they never saw this comeuppance, well, coming. Regardless, the ending wasn’t popular, which makes Seinfeld’s idea about shooting one final scene so intriguing.

In 2007, the comedian popped up on The Daily Show with Jon Stewart, on which he floated the possibility of shooting an extra scene in which the Seinfeld foursome finally leave jail. Likewise, on the final season DVD, Seinfeld revealed the scene would feature Jerry and George back at Monk’s Cafe, in which George would say “That was brutal” about their prison time.

The gag then would likely be that — although the characters were only sentenced to one year — they seemingly aged decades. In that sense, the idea gets funnier as more time goes by. The older the cast gets, the more it would appear a one-year prison stint traumatized them all.

Now is the perfect time for a cast reunion

Moreover, if any kind of Seinfeld reunion were to take place, there’s no better time. After all, the Friends reunion on HBO Max just tapped into nostalgia in a big way. So it’s an easy win to revisit another iconic NBC sitcom airing around the same time. In 2020, The Fresh Prince of Bel-Air cast also reunited.

With NBC cast reunions in the air, it feels like a matter of time until Seinfeld and the gang get back together. If they do, perhaps that legendary final scene could be part of that program. Imagine the thrill for audiences — and HBO Max — if they promote the special with inclusion of a brand-new scene about nothing.