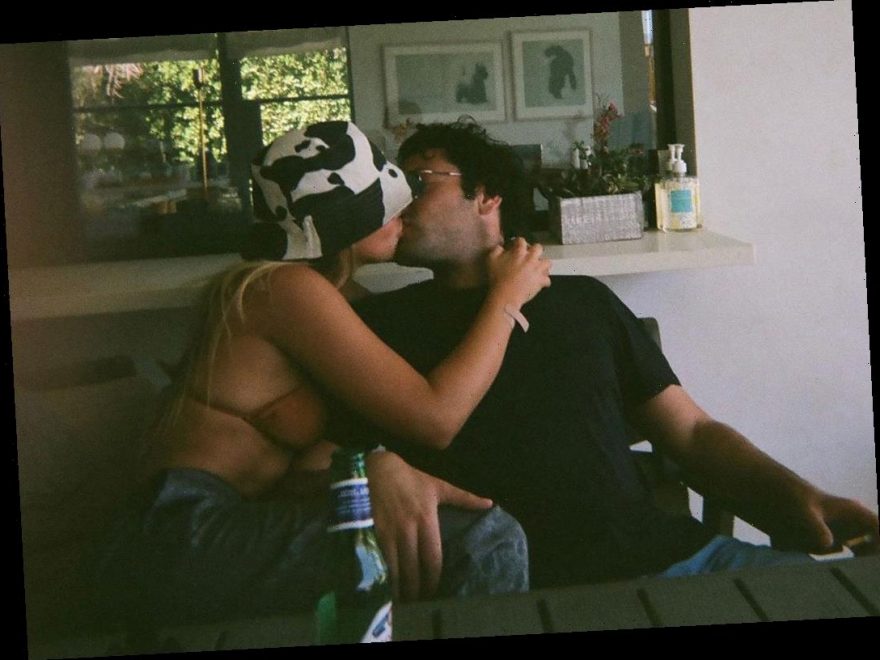 Sofia Richie is going public with her new relationship.

The 22-year-old model went Instagram official went her new boyfriend Elliot Grainge on Wednesday, sharing a series of cuddly photos on Instagram, including one snap of the couple kissing.

In the PDA-filled photo, Richie, wearing a bucket hat and bathing suit, cozied up close to Grainge as the two shared a kiss on the lips. She used a black heart emoji to caption the post, which also included snaps of her and several friends.

Richie went on to share a photo on her Instagram Story that showed the happy couple embracing.

"So happy for you sis!😍," said pal Paris Hilton in one supportive comment, while model and actress Larsen Thompson left a heart emoji. Richie previously posted a photo Grainge on social media last month, sharing a snap of the two posing for a mirror selfie while wearing masks.

Grainge, whose Instagram account is on private, is the founder and CEO of independent record label 10K Projects. His father is Lucian Grainge, the Chairman and CEO of Universal Music Group.

Richie was previously linked to Cha Cha Matcha co-founder Matthew Morton, 27. The two were spotted kissing while grabbing dinner with friends in Los Angeles back in November. The month prior, they were photographed leaving Nobu Malibu together.

Richie's outing with Morton came after her split from Scott Disick last August after three years together.

At the time, a source told PEOPLE that Disick, 37, was focusing on "his health and the kids" after he sought treatment at a rehab facility in April. (He checked himself out and flew back to Los Angeles shortly after a photo of him inside the Colorado facility was leaked online.)

"Scott's focus is his health and the kids," the insider said. "Sofia wants to hang out with friends and enjoy the summer. Since they are no longer on the same page, they decided to just be apart. At least for now."